We went for another round of Chinese New Year visiting today. I
didn’t sleep till 4 pm as planned…woke up at 9 am (alarm) and zoned
out till about 11 am. I was quite scattered from the previous night but
it’s all good, we headed out to visit a couple of people. The first
house we went to is Siew Fua’s. 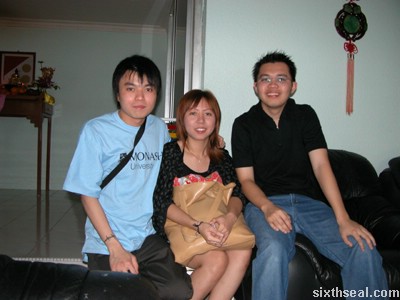 We sat around and talked for a while before heading (unannounced) to
Datina’s place. It’s a good thing she was home and we spent more than
an hour catching up. Here’s a shot of us: 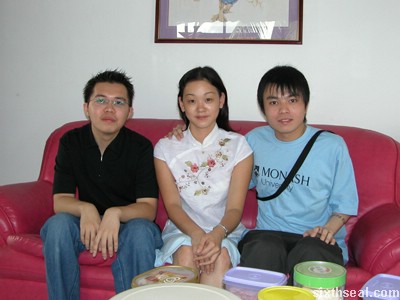 It was about noon at that time so we were invited to have lunch with
their family. Great timing, we haven’t had lunch yet. 😉 I loved the
tea – it’s a fruit and herbal fusion that tastes great! 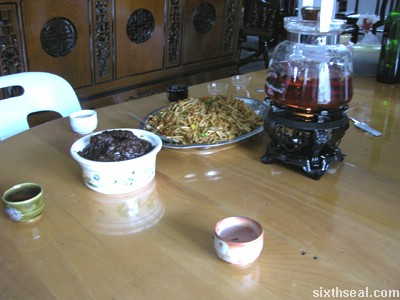 Next up is Vivien’s house, have been meaning to visit her since it’s
been a while since I’ve talked to her. We also met her sister (Hello Jennifer!) at her house. 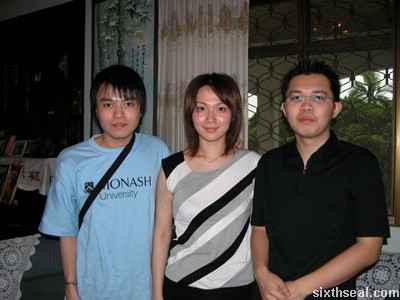 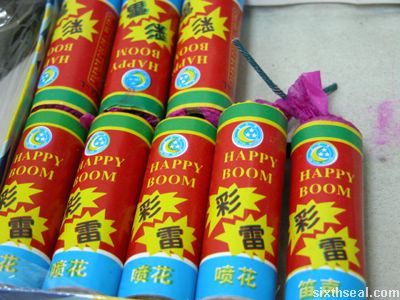 It’s made by the same company as the original Chai Lai but this one
is called Happy Boom instead of the misleading Coloured Flowers. These
firecrackers seem to sound slightly louder than Coloured Flowers and
actually have a nice plume of sparks as the primer. 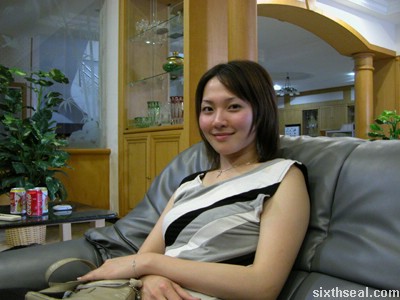 This is Vivien, who occasionally comments here as “vivi”. We’re all from the same high school.

Anyway, Vivien came along with us to visit Thien Na. Thien Na is one
of my classmates who was in Melbourne with me. I’ve since graduated,
but she’s planning to settle there. Here’s a shot of us: 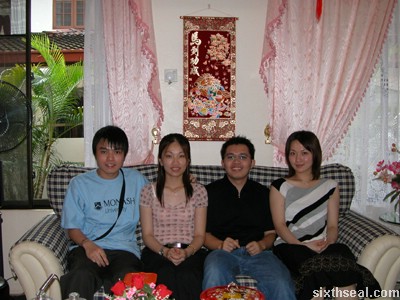 Thien Na’s house
Thien Na is the second one from left.

The final destination was Chiew Yieng’s house…er, mansion. We
spent the rest of the day there talking until about 7 pm. Here’s a
photo of us at her place. 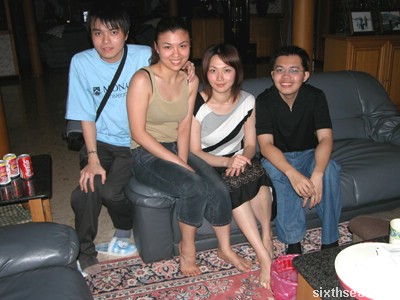 Chiew Yieng’s house
She’s the one beside me, second from left.