We went for another round of Chinese New Year visiting today. It’s
the 4th day of CNY (“chu shi”) today so this would probably be the
final Chinese New Year visitation photos since no one really goes
visiting on the 5th day (“chu wu”) unlike in the old days. I hear
people visit up till Chap Goh Meh (15th day) in the past. Anyway,
here’s the three houses we visited today: 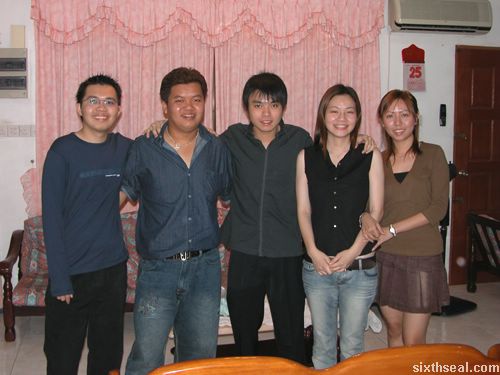 Hie Yieng is a friend from my college days in Sibu. I used to study
at MPI which was where I met Siew Fua too. I think we kept Hie Yieng
waiting from 10 am till 1:15 pm…she was planning to head out when we
wanted to visit. Oops. 🙂 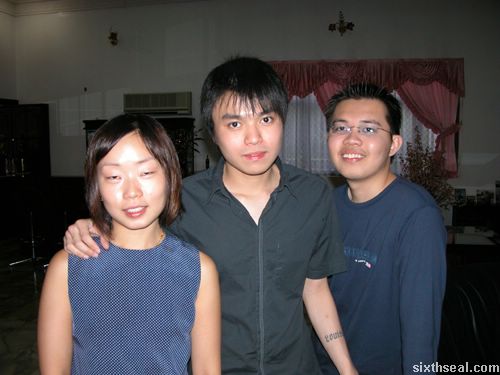 Winnie Ha’s house
Winnie is the one in blue.

I haven’t seen Winnie since she went to LA six years ago. We were
from the same primary school and went to the same high school as well.
It was great to catch up with her after all these years – found out
that she was in KL and also in Melbourne at the same time I was, albeit
the interlap was just a couple of days. She’s in Melbourne now. It’s
always good to catch up with old friends after a long time. 🙂 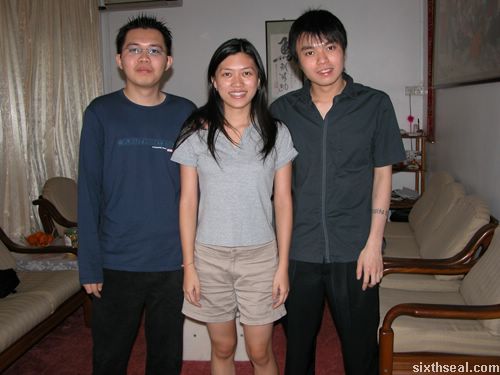 Ming Tze’s house
Ming Tze is the one in the middle.

Ming Tze is also another old friend from primary school and we were
in the same class in high school. I think the last time we met up and
talked was two years ago. She’s also based in Kuching and I’ll be
working there starting February so there’s a good opportunity to catch
up. 🙂

It’s been a great Chinese New Year! I’m glad I came back. 🙂