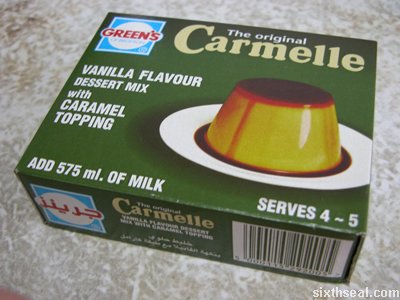 Carmelle dessert with caramel sauce! I love these things! I was
surprised when I saw a box of Carmelle on the supermarket shelves. I
thought this wonderful product has been discontinued! It looked similar
to the ones that I remembered – it has the familiar green packaging and
the unmistakable upturned custard with caramel sauce picture on it. I
used to eat heaps of these when I was in primary school. They came in
individual serve packets then, about 10 to a pack, instead of one large
portion that it comes packaged in now. Otherwise, it all looks the
same, right down to the brand name. Sweet nostalgia! 🙂 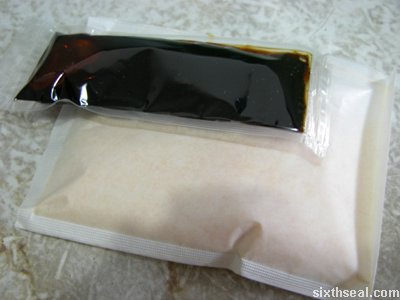 This is what the Carmelle box contains – there’s a pack of custard
yellow powder and a sachet of thick caramel. It’s officially called a
vanilla flavored dessert mix with caramel topping, but it tastes like
custard with caramel topping. It’s ingenious really…the caramel is
sticky and thick and when the heated custard liquid is poured over it,
it slowly melts and becomes a topping, instead of mixing into the
liquid. 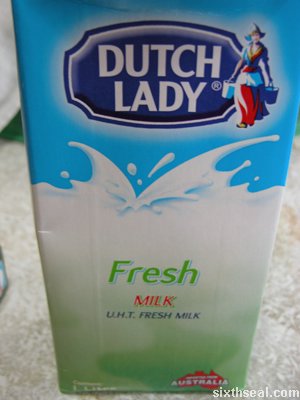 All it requires is some milk, and we’re good to go! It’s just like I remembered… 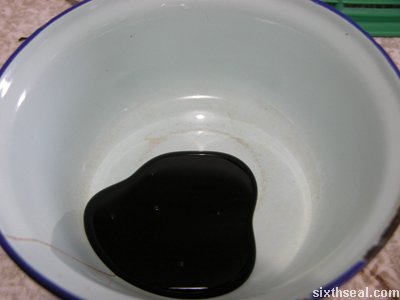 I made this with my girlfriend yesterday, before I came back. The
caramel sachet was squeezed into two bowls instead of one to make it
set faster. 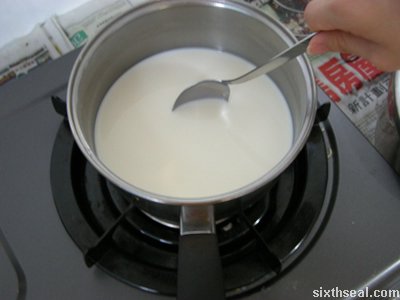 The milk was brought to a boil… 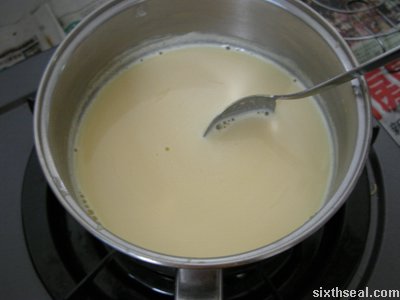 and the custard sachet emptied into the boiling milk, taking care to stir semi-vigorously for about two minutes. 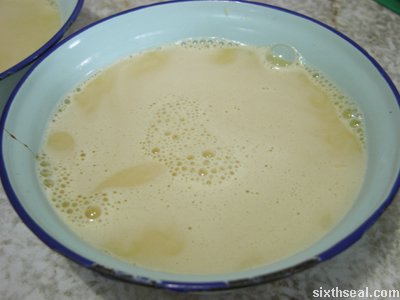 The boiling custard mix was then poured into the bowls (which already has the caramel in it) and left alone to cool.

Once an appropriate amount of time has passed (this can be done by
doing the “jiggle test” – basically, gently agitate the receptacle your
custard is in and watch the movements of the custard to infer the
solidity ;)), the bowl was overturned into a plate. 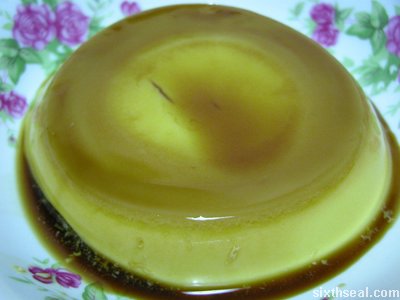 This is what Carmelle looks like – custard with a caramel topping. I
like to have it semi-solid, it goes down better than way. Carmelle is a
quick and easy dessert and it tastes great! 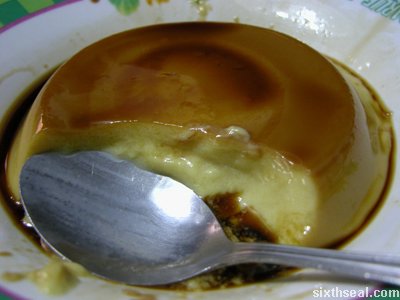