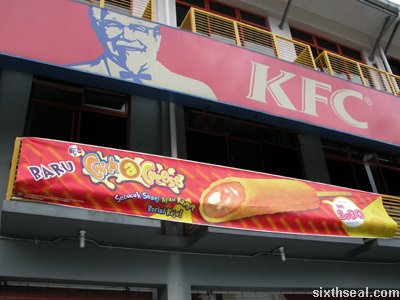 This is the new product by KFC – Chick-a-Cheese! It costs RM 1.90
and didn’t look like much from the banner, but I went in to check it
out anyway. 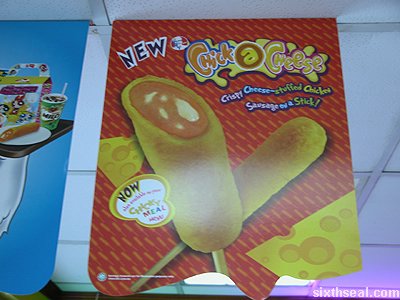 There was a lot of cheesy goodness. 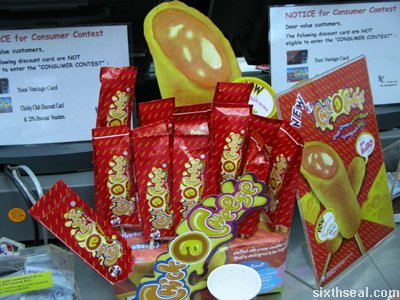 Much more than I expected. 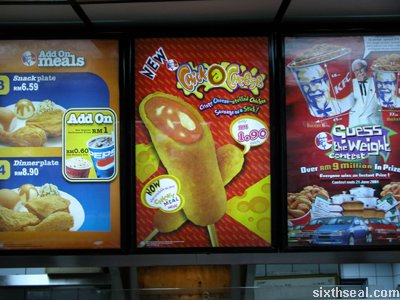 I was overwhelmed by the cheddar assault. 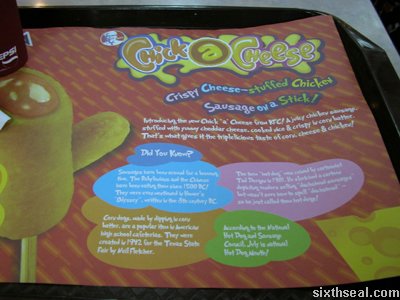 Hell, even my tray liner is advertising the new Chick a Cheese.

Here’s some interesting facts (?) from the liner notes:

Sausages have been around for a loooong time. The Babylonians and
the Chinese have been eating them since 1500 BC! They were even
mentioned in Homer’s “Odyssey”, written in the 8th century BC.

The term “hot dog” was coined by cartoonist Tad Dorgan in 1901. He
sketched a cartoon depicting vendors selling “dachshund sausages” but
wasn’t sure how to spell “dachshund” – so he just called them hot dogs!

Corndogs, made by dipping in corn batter, are a popular item in
American high school cafeterias. They were created in 1942 for the
Texas State Fair by Neil Fletcher. 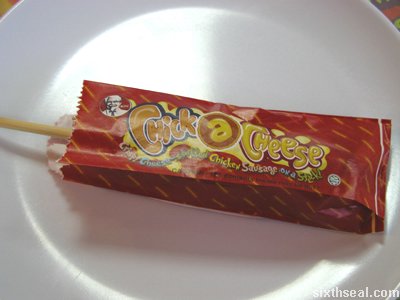 Anyway, this is what the Chick ‘a’ Cheese looks like. It’s corn dog on a sticks wrapped in individual packages. 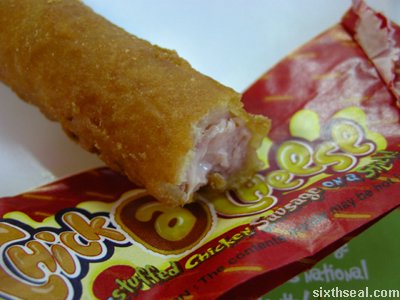 Here’s what it looks like after a bite has been taken out of it. 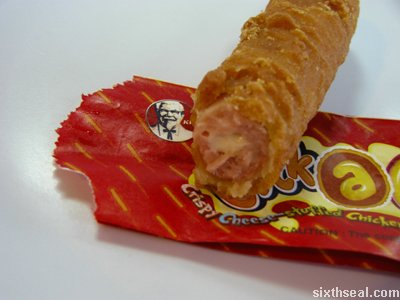 What does it taste like? It tasted surprisingly good actually. The
warm cheese was divine, melting out of the crispy batter and creating a
wonderful fusion with the sausage. Recommended!

15 thoughts on “ChickaCheese by KFC”