I first noticed the splotches of orange on the toilet bowl. 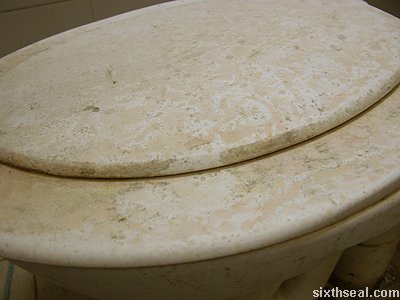 I didn’t think much of it then…it could be paint, blood, the
stains of an orange plastic bag. It was an unused toilet bowl after all.

However, as the days go by, I found it harder and harder to ignore
the spreading of the stains. I found it slithering down the porcelain
throne while in the shower one day. 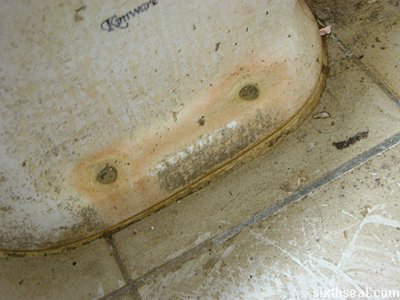 It started to grow on the walls. I’m certain that this is no benign
matter by then. This had to be organic…it seems to be…fungi. 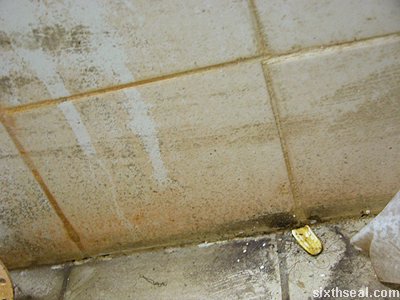 Overnight, a particularly nasty orange red colony decided to settle
on a patch of the bathroom floor. I tried to wash it away, but it
wouldn’t wash away. 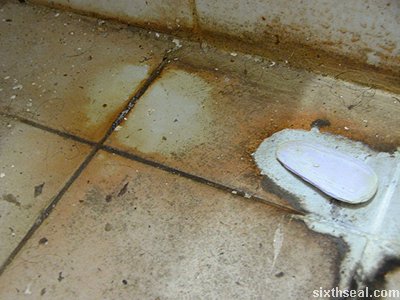 I watched with trepidation as the fungi seem to grow over and infect anything it touches.

I resolved not to make contact with the surface in any way.

This morning, I found that it has taken over the drainage system…orange splatters burst from the floor. 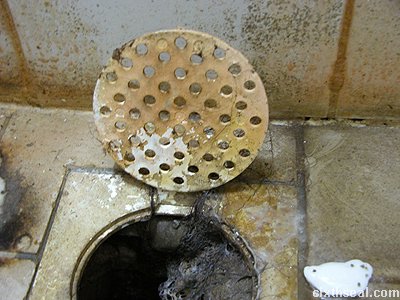 …and if I listen really hard, I can hear a cacophony of voices from the orange fungi colonies.

Fear gripped me and I stumbled out of the bathroom, knocking my hip painfully and scraping my arm along the sink.

I turned and watched with growing horror as the radioactive orange toilet fungi spread to the sink.

How long has it been there?!?

Could I…could I have, touched it? 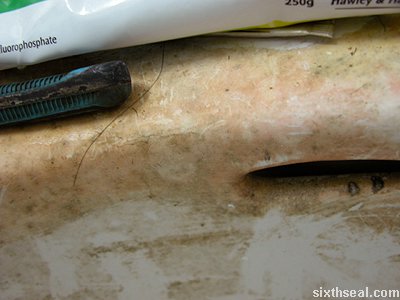 Sheer terror set into me as the implications of this became
clear…blind panic from the horrible realization, the certainty of
what would become of me.

I have touched the orange toilet fungi.

I have touched the orange toilet fungi!

I fearfully looked at my arm.