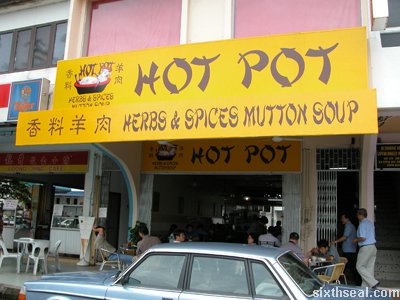 This is Hot Pot Herbs & Spices Mutton Soup, the newly opened
outlet which caught my attention when I went past during lunch hour.
It’s located in front of Ang Cheng Ho and the signage can be easily
seen while driving down Jalan Padungan. I decided to drop by and sample
their mutton soup just because I liked the sign board so much. 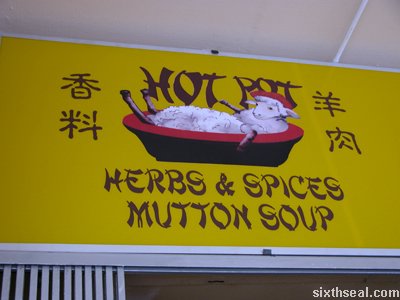 This is the very vivid mascot (of sorts) of the place. It’s a
harmless little sheep in a bathtub. The imagery couldn’t be more
gruesome – the sheep is not enjoying a luxurious hot bath, as its
shower cap would lead you to believe…it’s being boiled alive! You
killed it when you ordered your soup! Yes kids, mutton comes from
sheep, not your local butcher. 😉 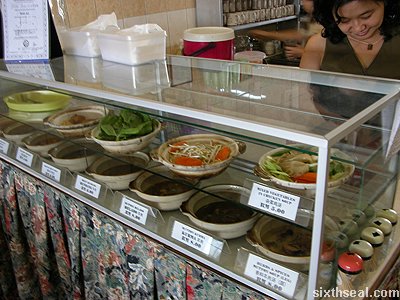 The counter of this eating establishment is adorned with sample
dishes from their menu offerings. I opted for their specialty – the
Herbs & Spices Mutton Soup at RM 8. I must also mention that this
establishment gets two thumbs up for being photographer friendly. The
proprietor (photo above) jokingly asked for a copy of the prints since
she noticed me taking photos of everything. 🙂 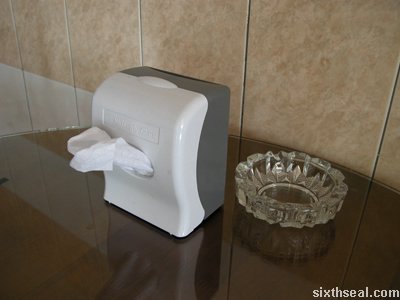 Back to the ambience, the place was full of the typical crowd of 9-5
workers (except I’m 8 am – 5 pm), it’s common for newly established
outlets to be packed with people wanting to try the latest and
greatest. The seating arrangements consist of mostly 6 person glass
tables, and they were thoughtful enough to leave a Kimberly-Clark
tissue dispenser and a glass ashtray on every table. You won’t be
seeing any unsightly metal flimsy ashtrays or tissue boxes over here. 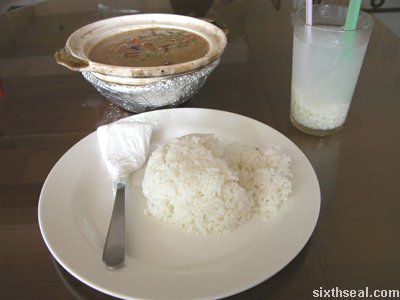 It’s worthy to note that they do not serve conventional drinks, only
“natural drinks” which includes things like red bean drink, green bean
drink, barley drink and the like. I opted for the barley. The food
turnaround was very slow, but that’s because they cook every single pot
individually as can be seen in the open kitchen. I estimate it took
about 30 minutes for mine to arrive. 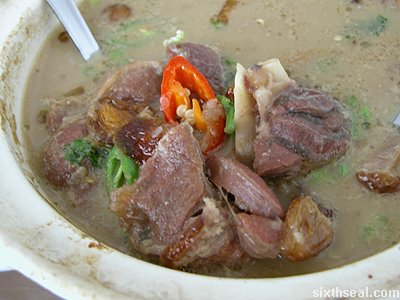 The soup can only be described with a single word – divine! It is
spicy and hot and very substantial. This isn’t watered down
broth…it’s (very) hearty soup! I can only imagine about what goes
into the hot pot but I could detect a plethora of different spice
notes, and all of them good. The mutton was generous, there’s much more
mutton than can be seen from the photo, the dish is well worth the RM 8
and it comes with rice. There is a variety of different cuts in the
pot, so if there’s one you particularly favor, it’s likely to be in
there. 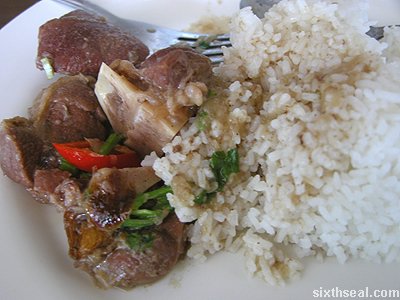