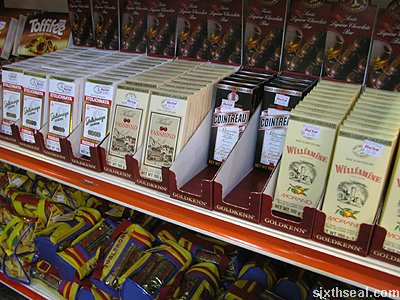 I found a wide range of liquor based chocolates in the confectionary
shop at the airport while waiting for my flight just now. I’ve had them
before, but never did get a chance to review them. 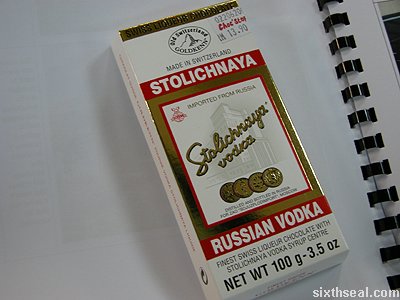 I decided to get one for a snack – the Stolichnaya vodka chocolate. These aren’t liquor flavoured chocolates – these are the nice ones with REAL liquor syrup inside. 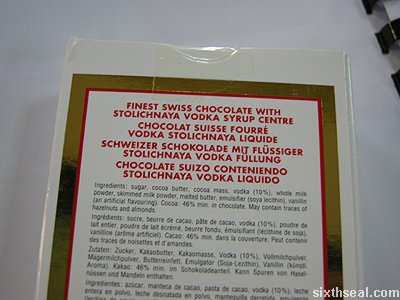 The vodka is imported from Russia, obviously. Stoli is Russian vodka. The chocolate is Swiss chocolate though. 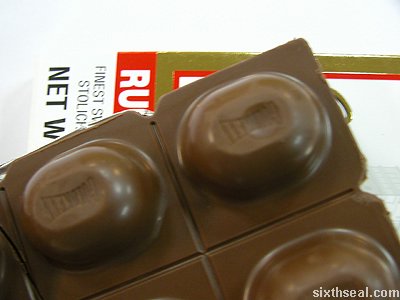 I estimate that each block has the alcohol equivalent of 1/4 of a
vodka shot, so that makes two shot glasses worth of Stolichnaya vodka
in the chocolates. It certainly won’t get you anywhere, but it tastes
good. 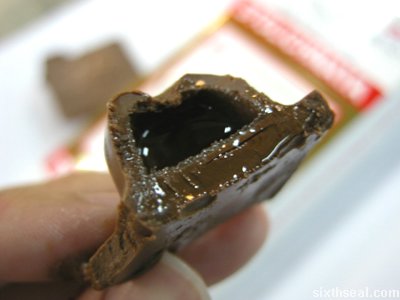 The center really is intriguing…filled with vodka syrup, which
will spill if you tip it. It tastes great, nice texture with the burst
of familiar vodka when you bite into the chocolates. Highly
recommended, it’s made with real alcohol, but don’t expect that to get
you anywhere, just go for the great taste. 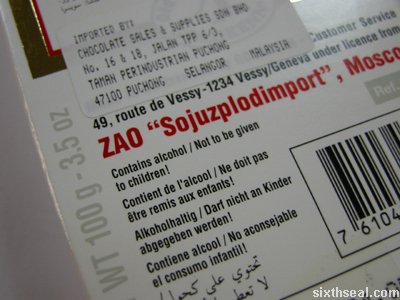 Contains alcohol / Not to be given to children!