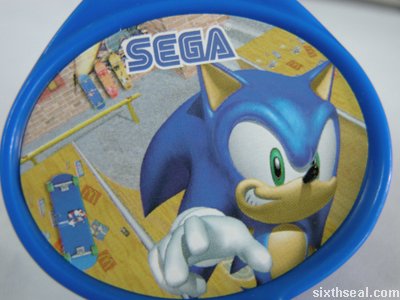 The Sega/McDonald’s promotional tie-in is back again, and it’s
better than ever. The aptly called Sega2 series is the second batch of
mini video games from the original Sega mini video games
[sixthseal.com]. The first one in this series is Sonic Skateboard.
Sonic is the flagship intellectual property of Sega and Sonic
Skateboard looks to be one of the better mini video games in this
McDonald’s and Sega promotion with its see through flip top clamshell
design with all the internal ICs visible. 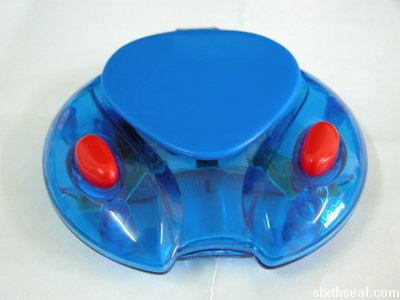 I did not actually know about the second promotion until it was too
late – Sonic Skateboard had already sold out! Luckily, the store
manager has one in her possession and was willing to part for it for RM
50. She assured me that it was in mint condition, but it didn’t come
with the nice packaging and manuals, so I offered her RM 30 instead and
she agreed. The normal retail price is RM 6 with any McDonald’s meal. 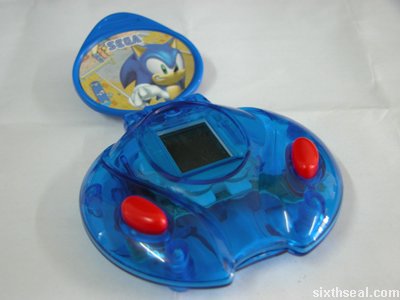 The design seems to be the same as the first batch of Sega video
games which came out last year – a grayscale screen with pre-painted
backgrounds and two buttons for movement control. 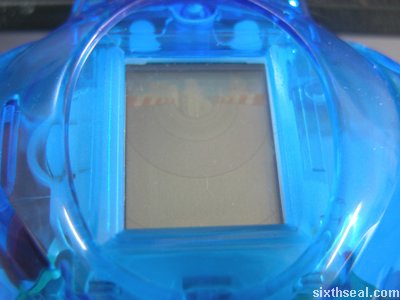 The game play is still the basic simple arcade style handheld video game which can be finished in 10 minutes. 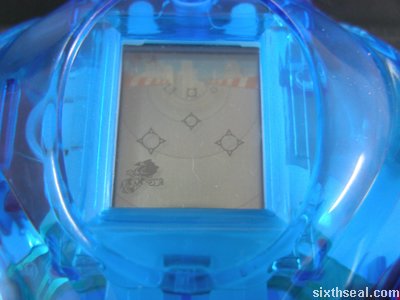 There are three levels to Sonic Skateboard. Basically, the game play
requires you to use the two red buttons to move Sonic to one of three
possible positions – left, right and center. You have to avoid the
landmines while controlling Sonic, who’s on a skateboard on a half
pipe, while collecting rings. It’s simple and fun. 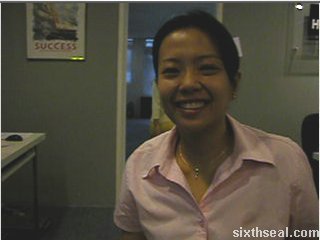 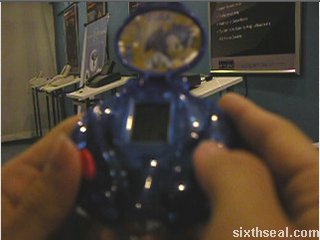 Here’s a video of me playing the first mini video game in the joint
McDonald’s/Sega promotion. The person who’s taking the video is
Bernice, one of my coworkers.