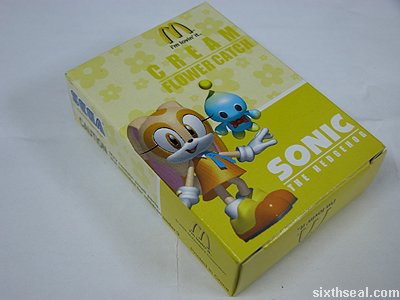 Cream Flower Catch is the second one in the McDonald’s and Sega mini
video games promotional tie in. It comes in a nicely designed cardboard
box with a yellow motif, showing whom I presume to be Cream from Sega’s
Sonic the Hedgehog series. 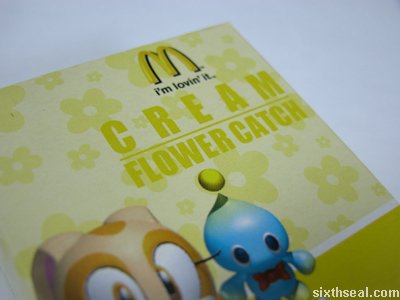 The box has the McDonald’s logo, it’s “i’m lovin’ it” tagline… 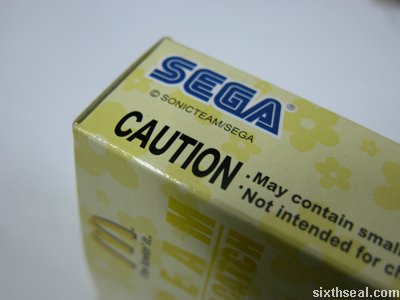 …and the SEGA logo as well. 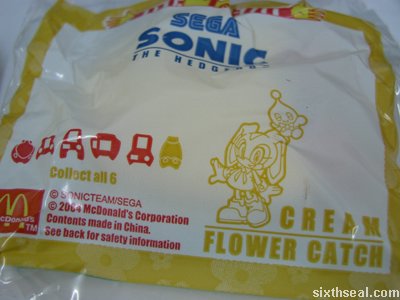 This is the contents of the box – a nice plastic wrap with the
manual and the mini video game. The Sega2 series is much better than
the first Sega promotion – the new ones all have a box with colored
printing and a higher quality plastic wrap. The first ones only come in
a small plastic wrap. 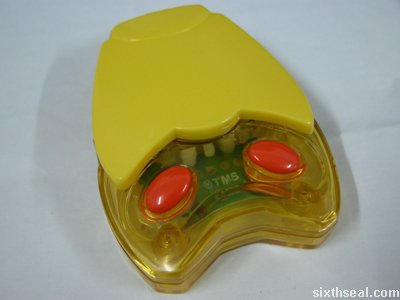 Cream Flower Catch also features the same flip top, translucent
clamshell design that was in Sonic Skateboard. However, Cream Flower
Catch is longer, with a very vertical design and a yellow based theme. 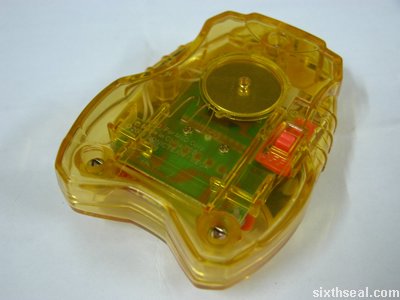 Here’s a look at the back of the Cream Flower Catch mini video game
– it shows all the internal circuits, including the battery. There is a
red on/off toggle switch as well. It’s a definite improvement from the
more boring first iteration. 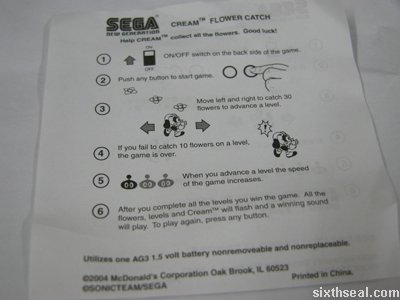 The manual from the Sega2 series remains similar to the original
Sega mini video games though – it’s just a piece of one-sided printed
paper, with minimal instructions. The game play is typical of handheld
systems – the usual repetitive motions with everything moving faster
with each level increase. 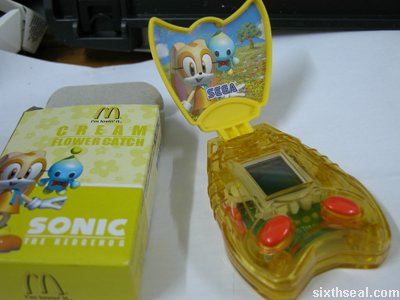 This is what Cream Flower Catch looks like in its open state – the
yellow top flips up to reveal a sticker on the back of the top with
Cream and her…er, friend. There are two red buttons to move Cream
left, middle or right. 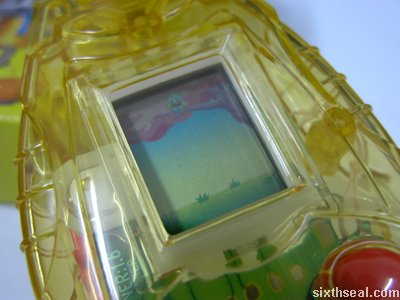 The Sega2 series maintains the standard of a pre-painted color
background with grayscale game play elements superimposed on top when
it’s switched on. 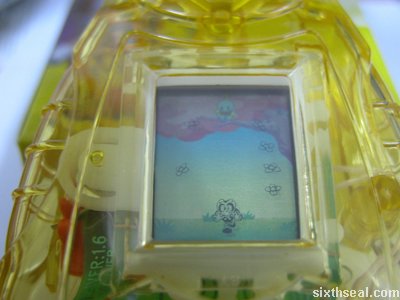