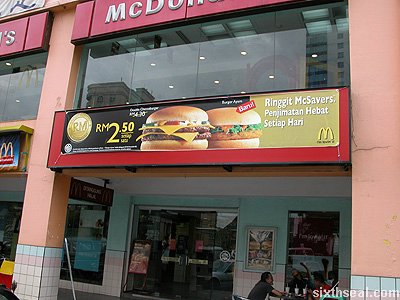 Ringgit McSavers comprise of the newly introduced concept of RM 2.50
McDonald’s menu items. Great savings, every day! I’m a big fan of
McDonald’s, as regular readers of this site know. i’m lovin’ it and all
that. 😉 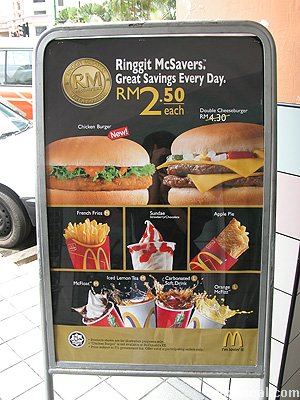 I had a McAttack just now and went to the nearest McDonald’s to
check out their new Chicken Burger, which I’m told is not the same as a
McChicken. I had also wanted to try out the Orange McFizz. 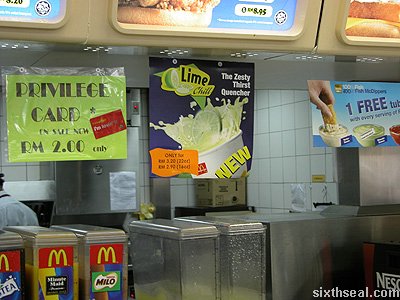 I also noticed that they had a new drink out – Lime Chill. It’s
pre-blended and dispensed from one of those juice dispensers they have.
Notice the McDonald’s Privilege Card promotion to the side? 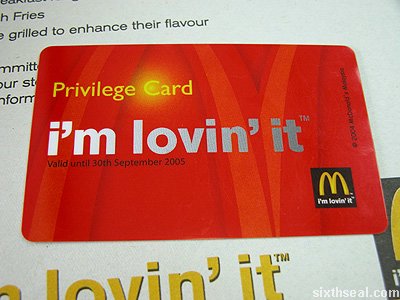 On the same note, I was offered a loyalty card which they called the i’m lovin’ it Privilege Card. It costs RM 2 and comes in a siren red credit card format. 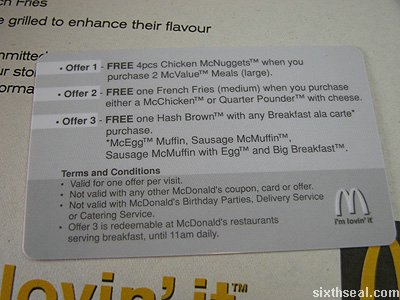 Here’s the benefits this loyalty card gives you. I got one just for
fun, there’s not much benefits per se, but it’s well worth the RM 2 if
you eat at McD’s often. 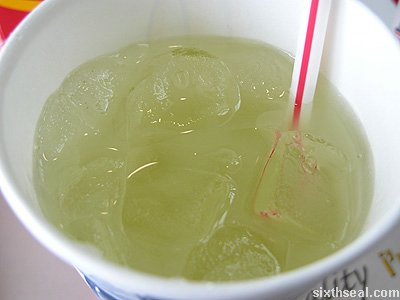 Lime Chill is dubbed as The Zesty Thirst Quencher
and is available for RM 3.20 (22 oz) and RM 2.90 (16 oz). It tastes
good…it’s slightly carbonated and the taste is different from mere
lime juice but I can’t quite put my finger on it. It’s definitely
thirst quenching.

The Orange McFizz is made up of two drink combinations: 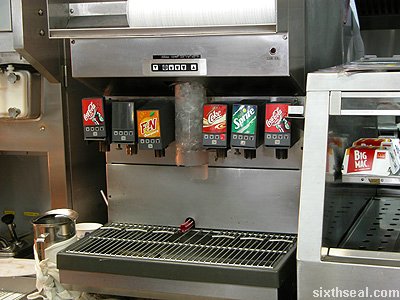 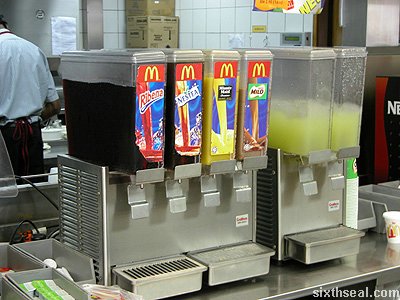 I half expected it to be a Sprite and F&N Orange mix (which will
undoubtedly be mediocre) but to my pleasant surprise, I saw that it was
a mixture of 1/2 Sprite which was then topped up with Minute Maid
Orange Juice. 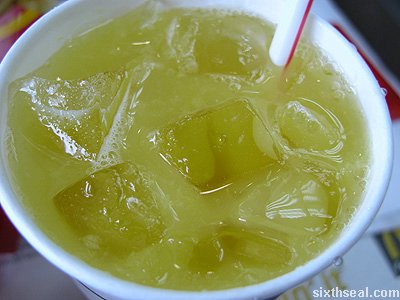 The texture and taste is divine. It’s above the world! The thick
pure fruit juice of Minute Maid was offset by the carbonated fun of
Sprite to make this the King of Thirst Quenchers! The Sprite fizzles up
through the Minute Maid orange juice and the combination came out to be
slightly thick, yet satisfyingly liquid. i’m lovin’ it. 😉 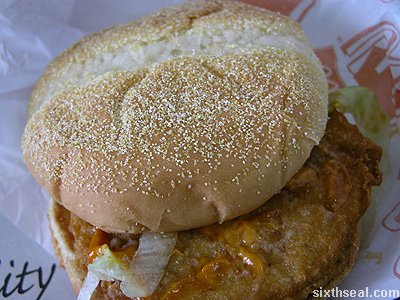 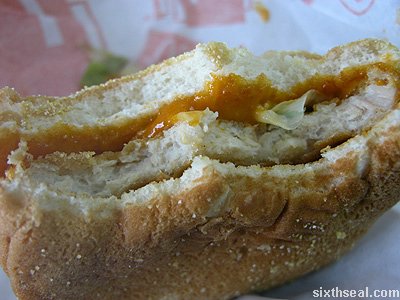 Here’s what it looks like. It tastes really great – highly
recommended! The texture of the buns gives it a different zest that
makes this burger one of the greats.

Selamat berbuka puasa to all my Muslim readers. 😉