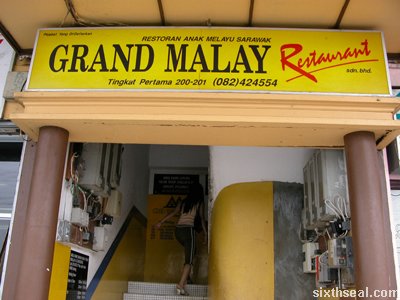 Grand Malay Restaurant is a buffet style establishment located at Jalan Satok catering to the lunch crowd. It is also known as Restauran Anak Melayu Sarawak
which translates roughly to the Restaurant of the Malay people of
Sarawak. I was there with a group of my coworkers and a client. 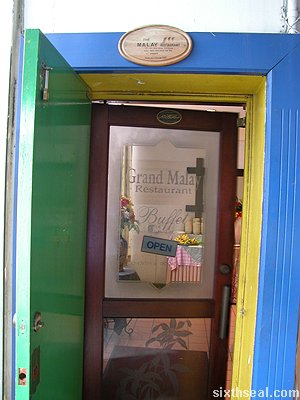 The place is located on the first floor of a non-descript flight of
stairs. The doors form the arching entrance to the unassuming
restaurant, which has a reputation from good Malay cuisine. 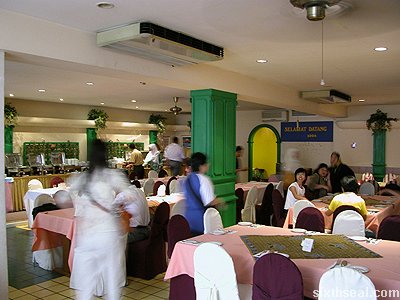 The place seems to be working on a booking basis. One minute there
was no one, and in the next, people were jostling to get a prime
position in the buffet line. The interior is decorated with minimal
fanfare…just clean table linen with a Malay inspired piece in the
middle. 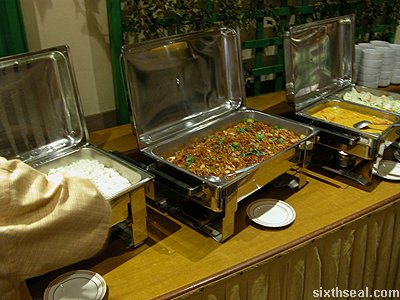 This is the start of the buffet line. Here you can see the
obligatory steamed rice, Malay style fried noodles, bamboo cooked in
coconut milk and mixed vegetables. 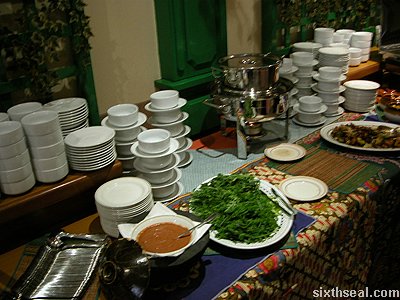 Further down the line, there’s an assortment of raw vegetables
(ulam) which I had a portion of. The sauce that comes with it lends the
ulam with a healthy Oomph! There’s also soup and very good rojak. 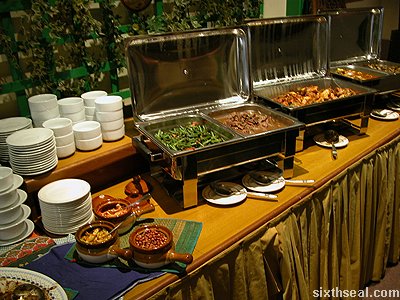 One of the small dishes contains umai (raw fish slivers marinated in
chilli and other spices), which the chef urged us to try. It was good.
There are also some vegetables, stewed beef, curry chicken, assam fish
and clams. 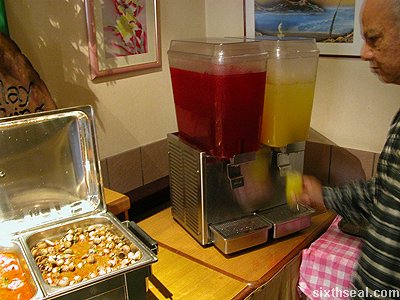 The end of the line offers rose syrup or orange juice. 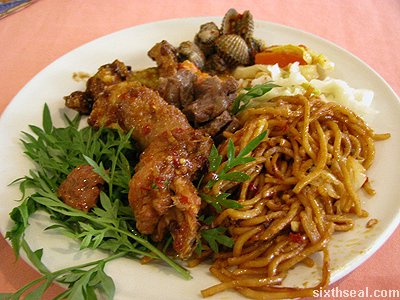 Here’s a look at my heaped plate. I had a bit of everything. 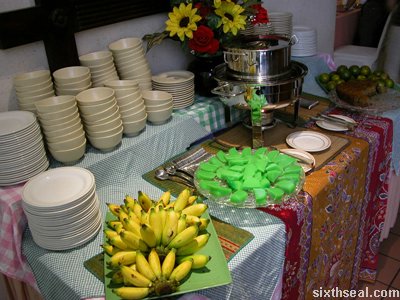 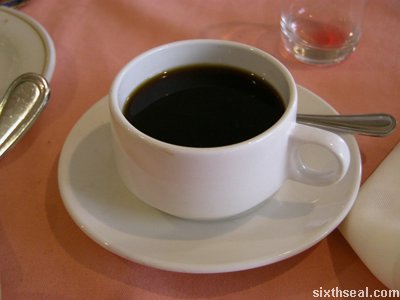 The buffet ended with the waitress serving steaming hot cups of strong coffee.

Grand Malay Restaurant comes highly recommended by Sufian, one of my
coworkers. I don’t know how much the buffet charge per head though,
since my CTO paid the bill.