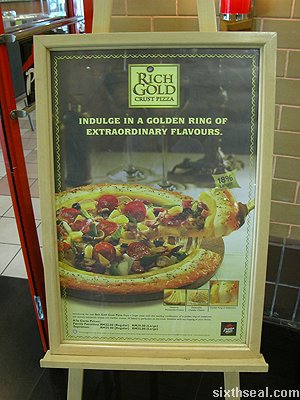 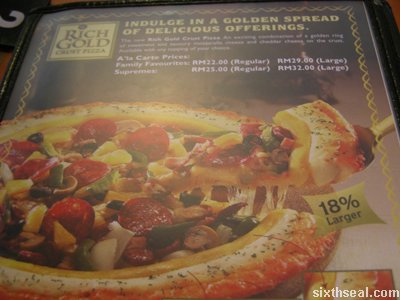 The Rich Gold Crust Pizza is 18% larger than the average Pizza Hut
crust, but don’t let that figure put you off – what bulk is added is
good. The promotional liner goes “An exciting combination of a golden
ring of sweetness and savory mozzarella cheese and cheddar cheese on
the crust”. 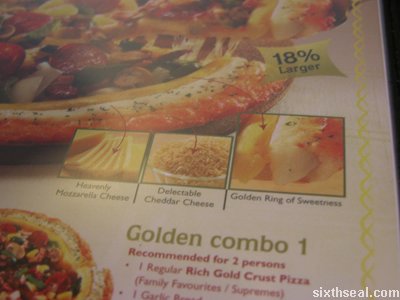 Here is the gist of what the new crust has to offer – it’s basically
a three-ringed affair which consists of a sweet inner ring, a
mozzarella middle ring and a cheddar outer ring. 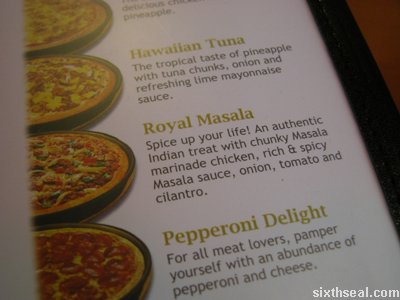 We ordered it with the Royal Masala topping, the new crust is valid
for all the Family Favorites and Supremes set of toppings and the Royal
Masala topping goes very well with this crust, as we got to know
later… 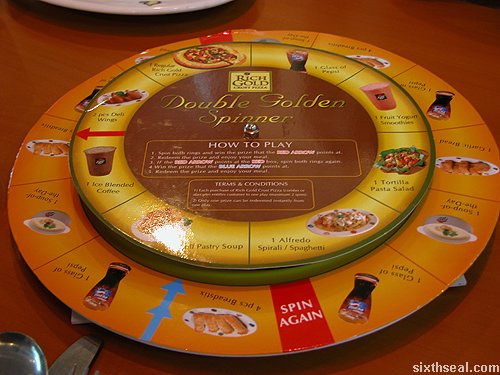 Behold the Rich Gold Crust Pizza Double Golden Spinner!
The waitress at Pizza Hut pulled out a new game, which seems to be a
Pizza Hut staple nowadays – they always seem to have an accompanying
new game for every new promotional item that they come out with. I got
the free ice blended coffee. 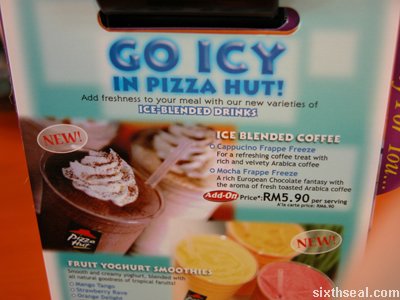 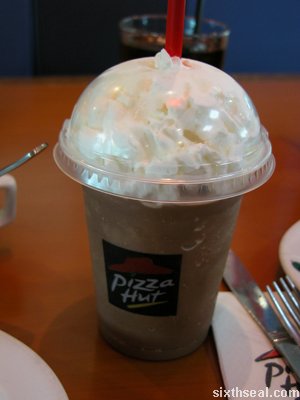 It’s alright…it won’t be stepping on Starbucks turf anytime soon,
though it’s a good option for drinks in Pizza Hut. BTW, I actually got
another pizza with the Pizza Hut games when it first few iterations
came out. 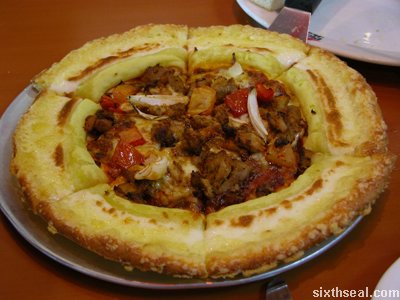 Here’s the Rich Gold Crust Pizza in all its glory, on a platter and hot from the oven… 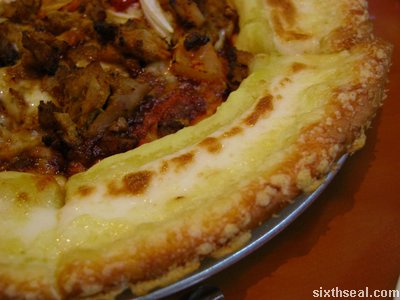 You can see that the Rich Gold Crust takes up almost half of the
pizza, which I thought would be a bad thing, but it turns out that the
crust can pull its weight in the taste department too. 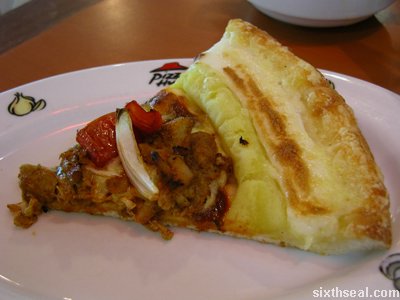 The first crust is actually made out of sweet potato (!). 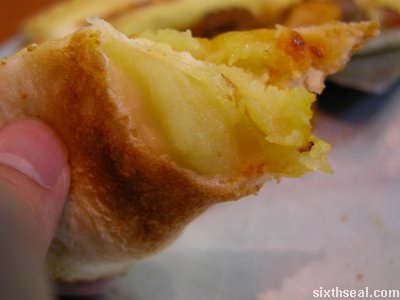 The sweet richness of the first ring is palpable…the baked sweet
potato is still warm and slightly pliable under a thin baked in crust. 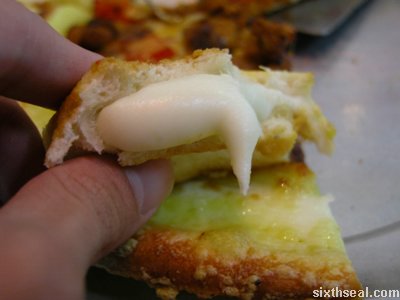 The next layer is a generous portion of warm and malleable
mozzarella cheese, which provides a nice contrast to the first sweet
crust by giving it a tart and rich mouth-feel before surrendering to
the final thin conventional cheddar topped layer. 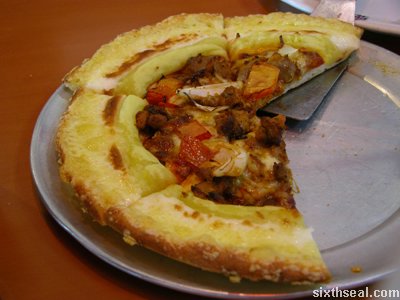 The Rich Gold Crust Pizza comes highly recommended from me. Try the
Royal Masala topping with it – the pizza goes from hearty meat flavored
to the surprisingly synergistic sweet, malleable baked potato in the
first crust, before it ends with a burst of tart, warm and rich
mozzarella cheese. Nice!