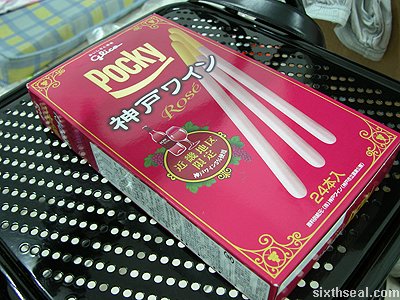 This is the giant Pocky featuring the Rose Kobe Wine flavor that’s
only available in Japan. I’m told that each prefecture in Japan has its
own district exclusive coating that best describes the character of the
place.

P/S – Please ignore the underwear in the upper right hand corner on the photo.

Going back to the regularly scheduled programming, the giant Pocky
contains 24 individually wrapped Pocky sticks. The huge box has “Pocky”
in gold font as well as stylized “Rose” lettering to indicate the
flavor. 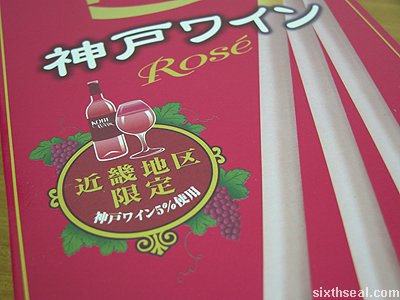 There is a logo on the box which indicates the special flavor of
this Pocky – Kobe Wine. For those who are not familiar with this
popular Asian snack produced by Glico, Pocky is a long and thin
biscuit, and comes in various flavors, with some only available in
certain areas, like this one. 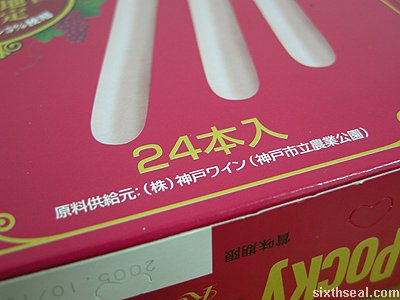 The pink box has the number of Pocky sticks in the box written on the front of the box. 24 sticks. 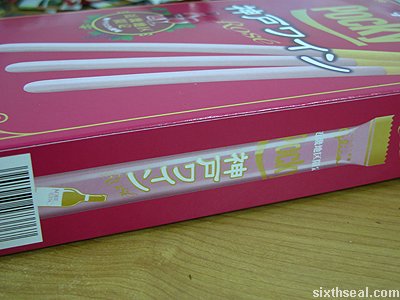 The side of the box gives a hint on what is about to come – wrapped pink Pocky sticks. 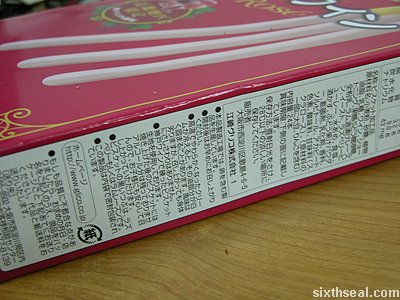 The other side has the nutritional information listed. 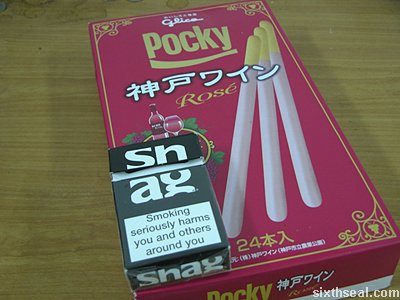 To show the impact of this gigantic Pocky box, here’s a size
comparison with a standard pack of cigarettes. It can go three up and 2
1/2 over. It’s that huge… 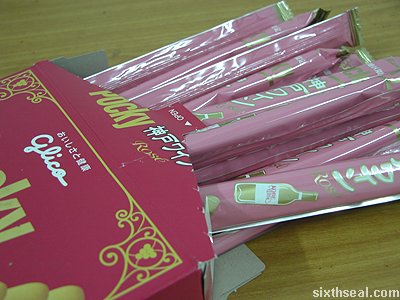 Opening up the box, the wrapper is pink, with gold lettering and graphics featuring the Kobe Wine theme. 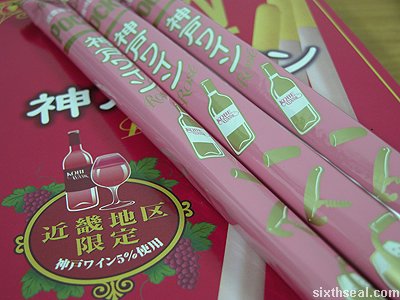 The graphics on the wrappers on the Kobe Wine Pocky sticks are
nicely detailed, starting with the Pocky label, with the regional
specific flavor (Kobe Wine), followed by a bottle of wine, a cork and
then a corkscrew… 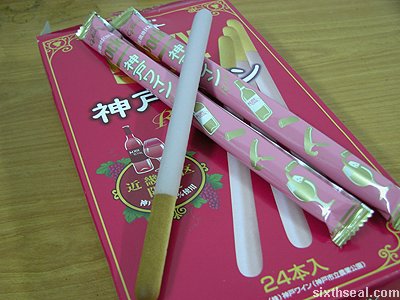 The giant Kobe Wine Pocky has a purple-red hued coating and tastes like blueberries with a slight rose wine touch to it. 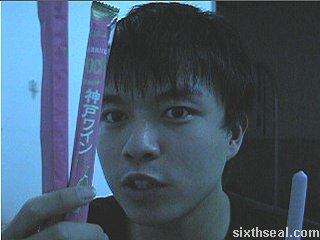 Pocky makes for compulsive eating…you can’t just have one. 😉