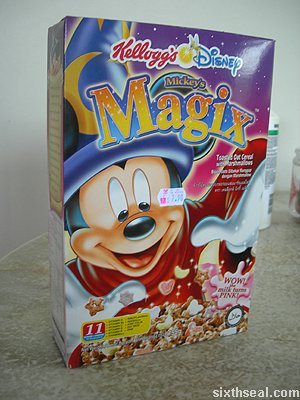 I was trawling through the aisles of our local supermarket today
when I noticed this brightly packaged cereal to commemorate the opening
of the Hong Kong Disneyland through a licensing deal with Disney. I’m
not a big cereal eater (though I’m a big fan of cereal, if that makes
sense) and the particular words that caught my eye is the “WOW! The milk turns PINK!” bit. 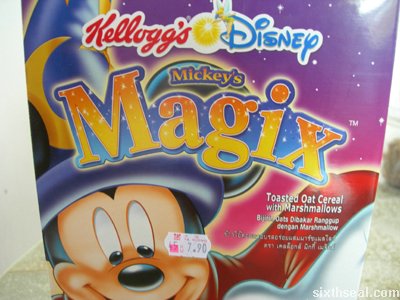 Intrigued (well, not intrigued per se, but something like that), I purchased the RM 7.90 box of Kellogg’s Disney Mickey’s Magix cereal which is a toasted oat cereal with marshmallows. It’s made in South Korea. 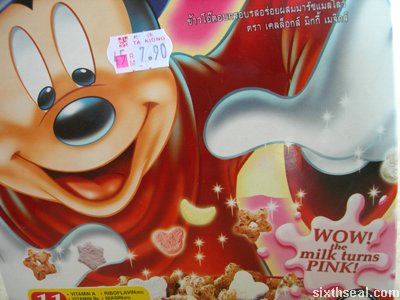 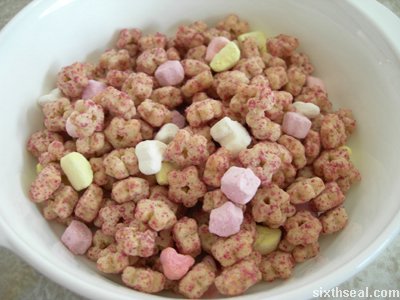 Anyway, the cereal comes with marshmallow bits of different colors
and the vaguely star shaped cereal is an oat based grain with specks of
raspberry coloring, which is what gives it the Wow-the-milk-turns-pink
property. 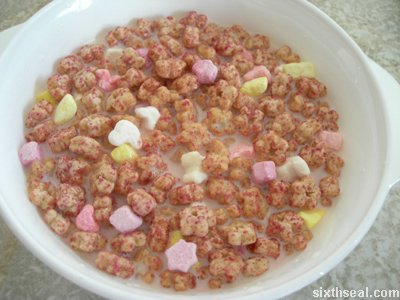 I added some milk to the cereal and it actually tastes pretty good.
There’s just enough marshmallows bobbing around, they certainly don’t
skimp on the marshmallows. The cereal may be made from an oat based
grain but I love oat bran anyway, and they manage to hide the high
fiber but less appealing taste of oat well. 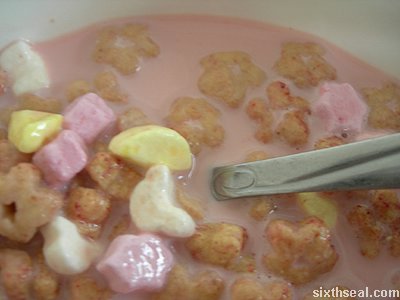 …and wow, it really does turn the milk pink.