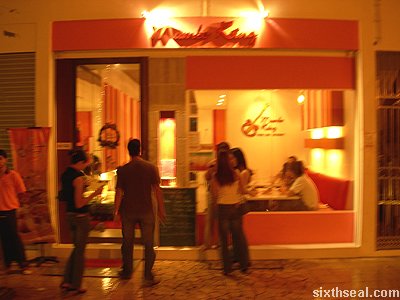 Sean was celebrating his birthday last night at Mambo King
– it’s a cafe with a liquor license in Travillion. I went there with
Cherie, Irene, Owen, Ee Fen (which despite my poor memory, I could
remember coz she’s doing Pharmacy at IMU and her name is a
concatenation of Ecstasy and the Chinese word for heroin ;)). 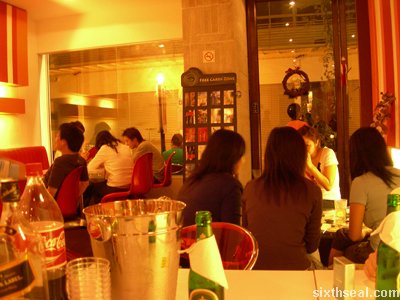 Mambo King was packed with people when we arrived there after having
a couple of drinks at Luconia. I recall hearing a passerby mentioning
that there’s a “St. Theresa gathering in there of some kind” which was
funny in hindsight. St. Theresa is one of the biggest all girls high
school in Kuching. 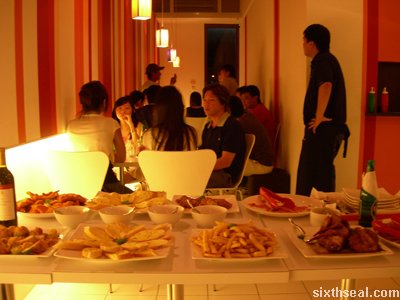 There were finger food served on a table in the middle – there were
plates of calamari with dip, garlic bread, chicken wings, crinkle
fries. Liquor was on the house as well – beer and Johnnie Walker Black
Label was available. I think we started drinking at Luconia, then at Mambo King and ended up at Mojo, but it’s all good – we’re all having fun here, right? 😉 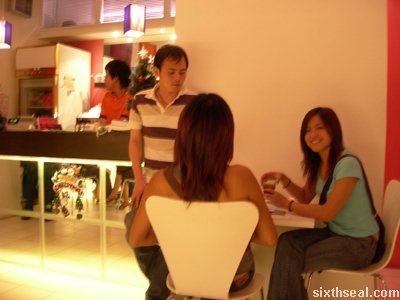 I saw a couple of familiar faces in there too – Joyce and Dru were
there and there was a social faux pax when I mistook one for the other.
Jesus Christ, I think the binge drinking is taking a toll on my
cerebral faculties coz I keep on forgetting all sorts of other stuff as
well…but fuck it, we’re all having fun here right? That’s my mantra
anyway to hide my self-destructive behavior. 🙂 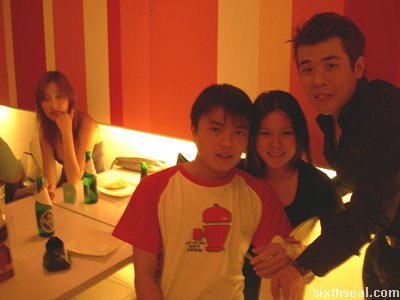 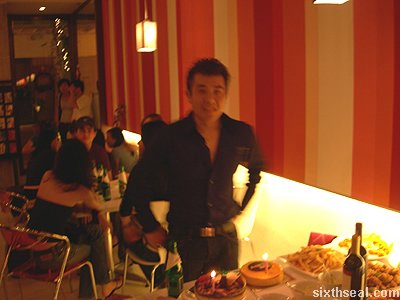