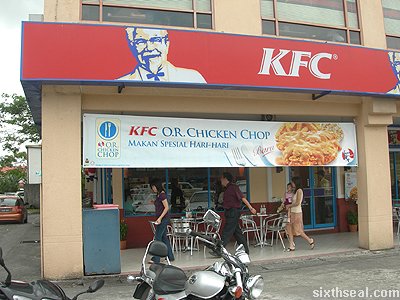 KFC’s latest promotion is the KFC O.R. Chicken Chop. The O.R. seems to be standard notation for KFC’s Original Recipe now; much like how Kentucky Fried Chicken has been truncated to KFC. 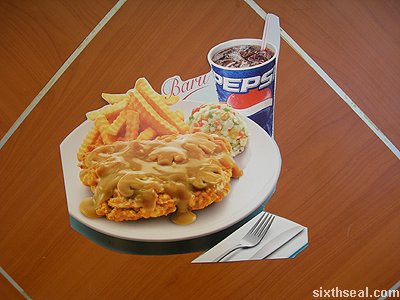 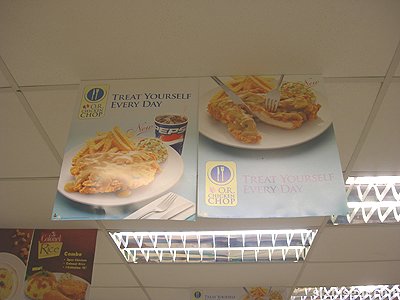 The KFC O.R. Chicken Chop marketing spiel comes with the tagline “Treat Yourself Every Day”. 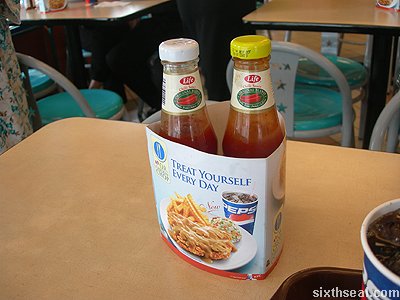 The cardboard triangular holders for chilli sauce and ketchup on the tables have been replaced with the new KFC O.R. Chicken Chop promotion, in line with all previous promotional items. 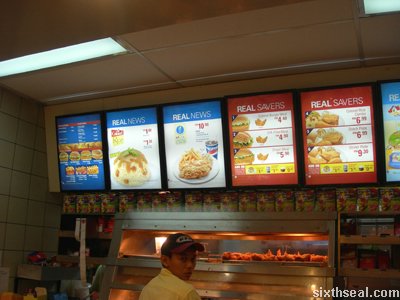 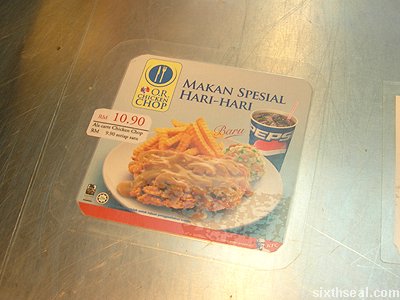 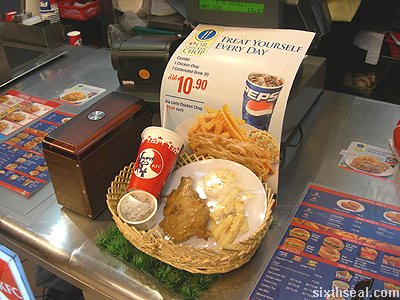 The KFC O.R. Chicken Chop has been described in the official KFC press release as “a piece of boneless whole chicken leg breaded and pressure cooked, topped with mushroom gravy, with sliced thin button mushrooms and with raisin coleslaw and golden crinkle-cut fries as side items.” 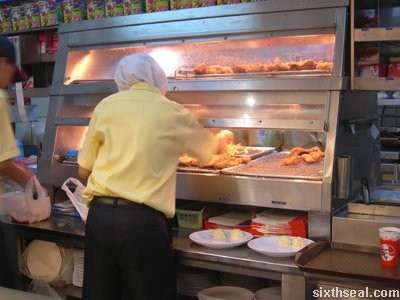 KFC has dedicated a whole platter on their warmer just for the chicken chop, ensuring uninterrupted supply lines. The chicken chop is actually a long standing menu item in hawker stall style “Western Food” stalls. It’s a drumstick that’s has been de-boned and flattened to form a large footprint chicken piece. 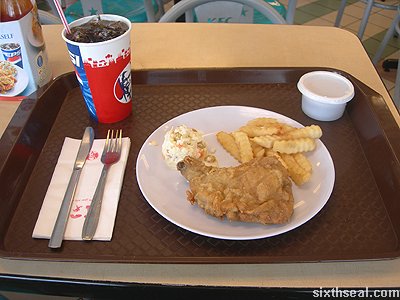 This is what the KFC O.R. Chicken Chop combo looks like. The mushroom gravy (which looks a lot like the gravy they use for mashed potatoes with sliced button mushrooms added) is served on the side for the user to pour according to their tastes. I thought this was a nice touch… 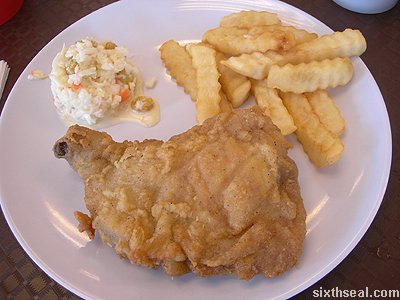 Here is a closer look at the KFC O.R. Chicken Chop. There is a side of regular KFC coleslaw augmented with raisins (which tastes great!) and a side of large fries. The chicken chop retains the end of the drumstick and the other part is pure de-boned breaded chicken drum meat. =D 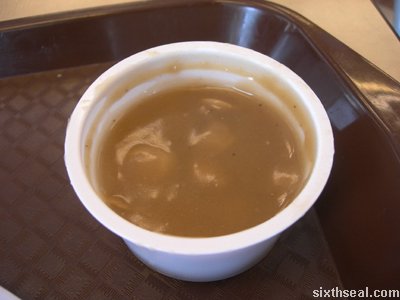 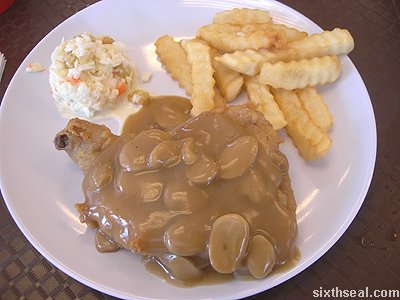 …but adds a lot to the KFC O.R. Chicken Chop. It is canonical to have gravy served on a chicken chop (the “Western Food” hawker style stalls usually use black pepper sauce) and chicken chop without gravy of any sort would be quite unpalatable (and essentially undifferentiated from a regular drumstick). 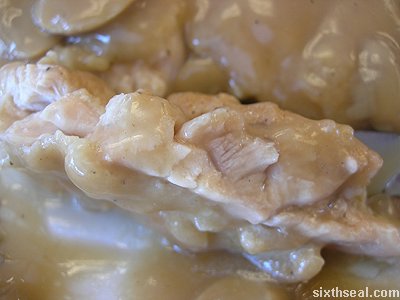 The KFC O.R. Chicken Chop tastes great! I didn’t expect it to, but its comfort food to the max. The large cut fries (which is standard in Australian KFC outlets, of which I’m not a big fan of) surprisingly adds to the experience when eaten with the gravy. 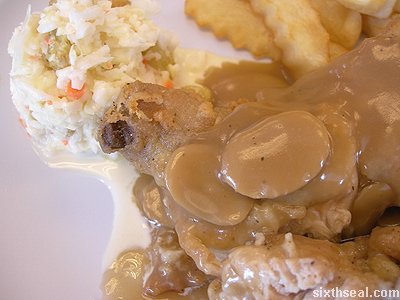 The chicken chop concept is certainly “heavily inspired”, shall we say, from the age old “Western Food” stalls in hawker stalls and given a price hike (and a bit of a facelift) by KFC to be resold as something new. However, KFC has contributed to the evolution of the chicken chop in its own way. 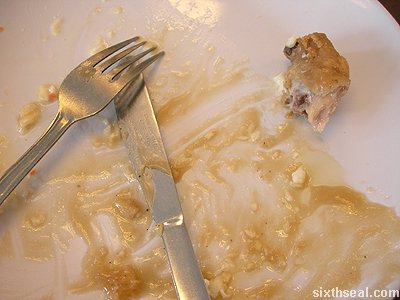