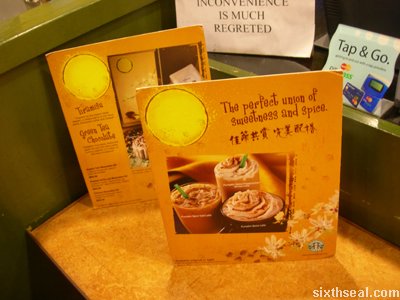 Starbucks came out with three (3) different drinks to commemorate Halloween. The drinks were launched last year in the US, which seems to be the test market. Dubbed “The perfect union of sweetness and spice”, this pumpkin infused coffee tastes great. 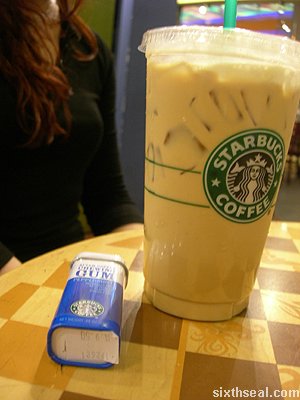 Rene ordered the Pumpkin Spice Iced Coffee (RM 14) which tastes great (but not after you have the Frappuccino, which makes it seem bland).The spice (think it’s nutmeg) adds a lot to the drink and you can actually taste the pumpkin if you close your eyes and think of farms. 😉 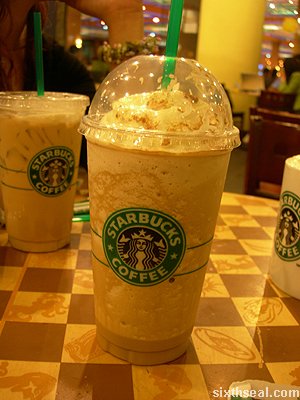 I had the Pumpkin Spice Iced Frappuccino Blended Coffee (RM 15.50) which administers a dose of Zen to the user with each sip. It is really that good, it should be put on the must try list. It’s a little sweet though, but the nutmeg offsets that. 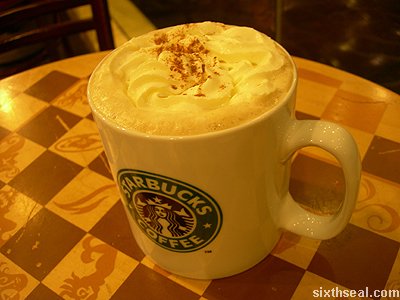 This is the Pumpkin Spice Latte (RM 14) which is the third and final promotional drink. It’s a latte with generous helpings of nutmeg and it’s a really good drink if you’re only wearing a T-shit in Genting Highlands.