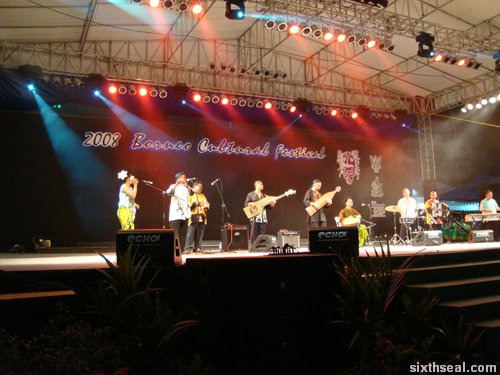 The Borneo Cultural Festival 2008 has come and gone and the closing ceremony during the weekend was a grand affair, with fireworks and performances to mark the end of the BCF 2008. I have attended the festival for most days of the week and the turnout was great, with the festival being packed full of people despite the drizzle.

This is a performance by TUKU KAME featuring Jerry Kamit during the closing ceremony. They’re also slated to perform at the Rainforest World Music Festival (RWMF) later this week in Kuching. 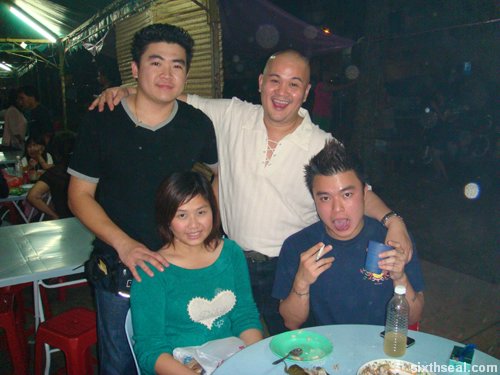 I haven’t had dinner yet, and thus we went in search for food with Eddy, his nephew, Mary and Mr. Poh (not me). Last call for tuak and all that. 😉 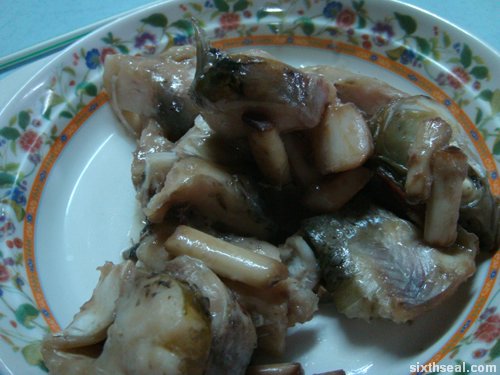 We had pansoh ikan (fish cooked in bamboo)… 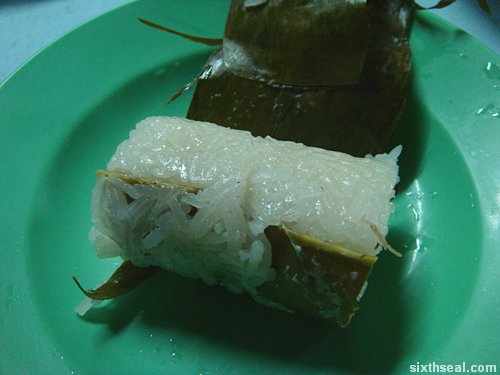 I heard a haunting refrain of The Phantom of the Opera and went to film a video of the performance. You have to watch this – the vocal range of the female singer is amazing! 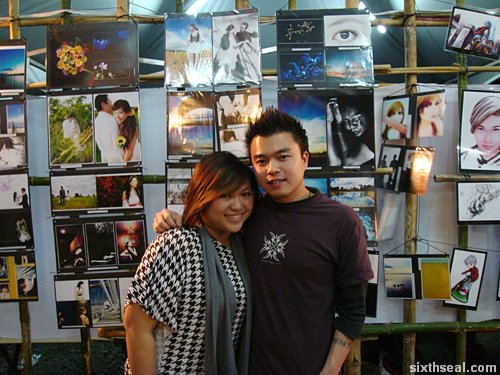 I also went to Simmy’s booth while I was there and talked to her about photography and models in Sibu for an upcoming project I’m doing. She’s a professional freelance photographer and she has a website with her photography portfolio. 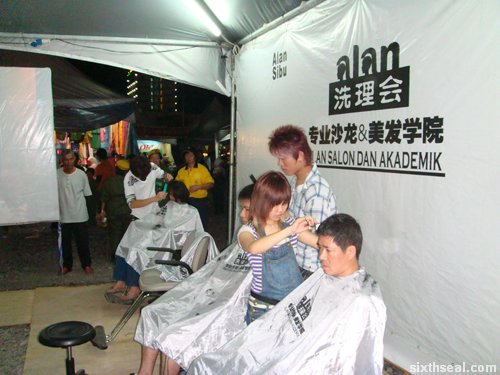 The major hairstylists were out in force at the BCF 2008 with free haircutting sessions. I just got a haircut but went for it anyway just for fun. 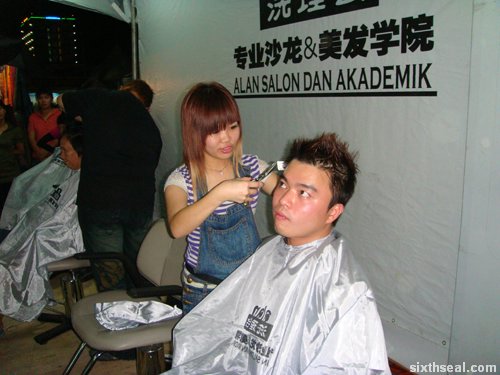 She ended up butchering my hair a little, with one side longer than the other but people claim that it’s not very noticeable anyway, having the chubby face that comes with my weight gain. 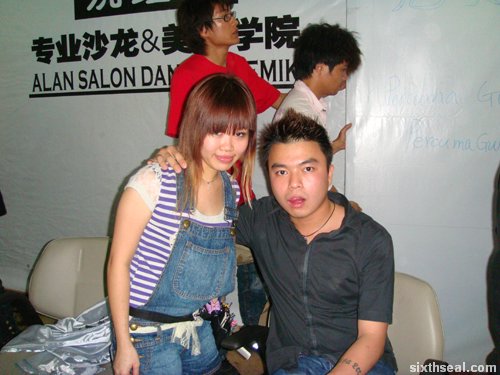 I’m not very sure what to think of that. Blessing in disguise? Or friendly hints that I need to lose some weight? Hmm… 😉 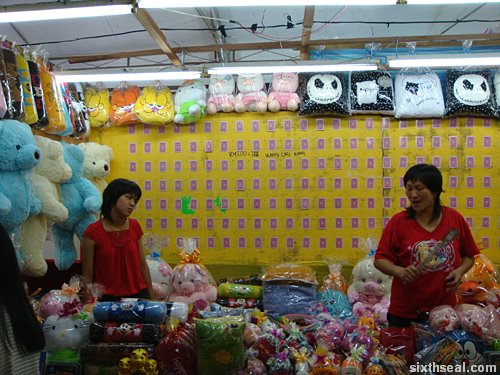 The BCF 2008 is also about having fun and the carnival games is a place where you can get fleeced into paying RM 100 for a Made in China stuffed toy that costs RM 0.20 and yet have fun while doing it. Fleeced for fun. 😉 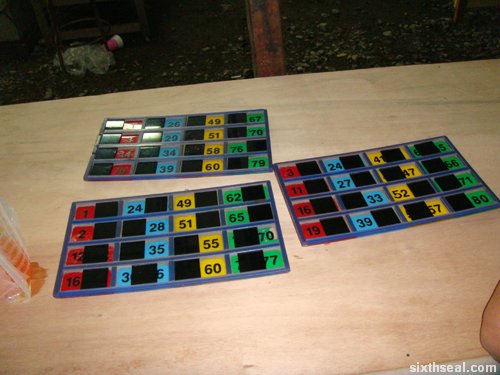 There are a lot of different carnival games ranging from bingo… 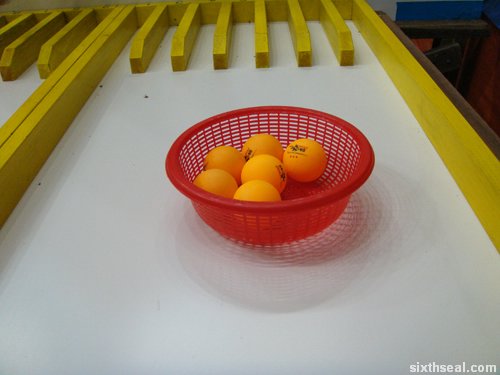 …to ping pong ball based games. 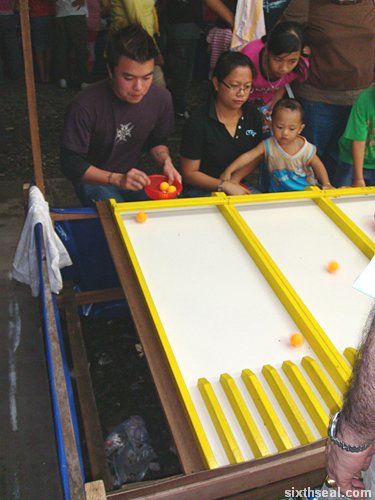 I managed to get a turtle key chain for my efforts. 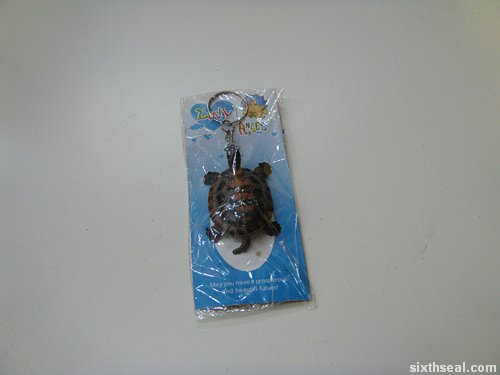 “May you have a prosperous and beautiful future”. Wow, thanks turtle! =D 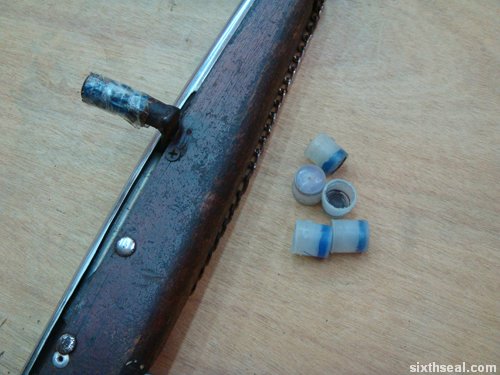 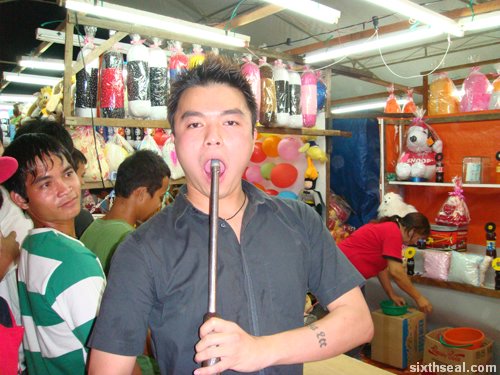 …doing the usual stuff people do when they’re less than sober. I love the expression of the guy next to me. 🙂

I find that I’m a little bit annoying (even to myself) when I get past a certain state of sobriety though. 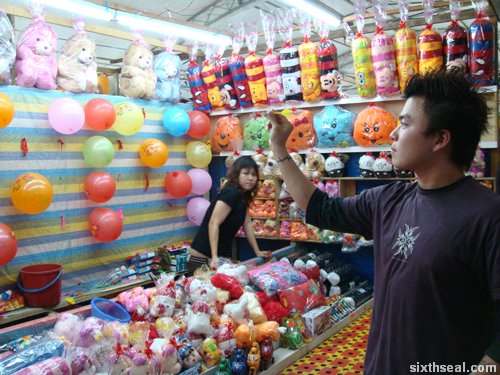 It’s also not a good idea to be going for the dart games in an inebriated state. Look at how far the girl is dodging from my questionable aim. Hmm…I didn’t notice that until now. She memang siam hui hui. 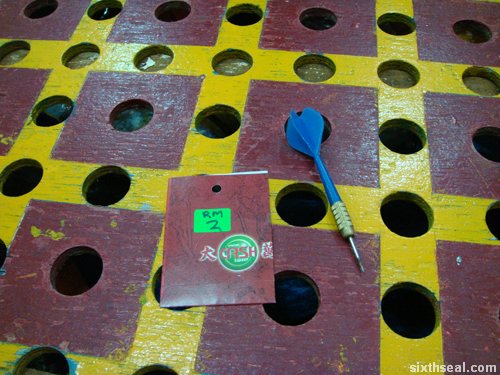 I managed to win RM 2 after spending RM 25…and I felt pleased. Jesus Christ… 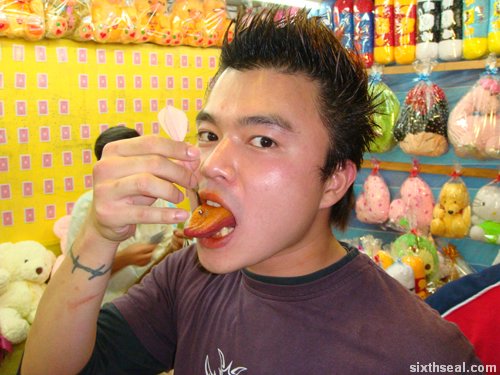 I’m so childish sometimes, I amaze even myself… 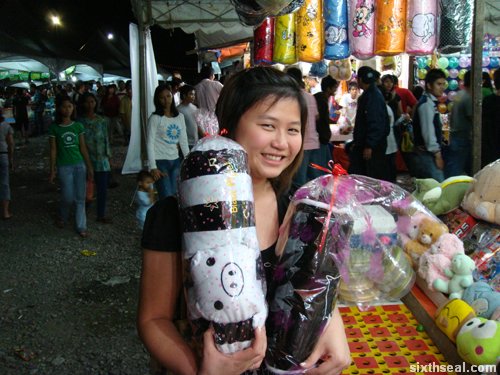 Mary, rating higher on the sobriety scale than myself, managed to win two pillows. Hmph… 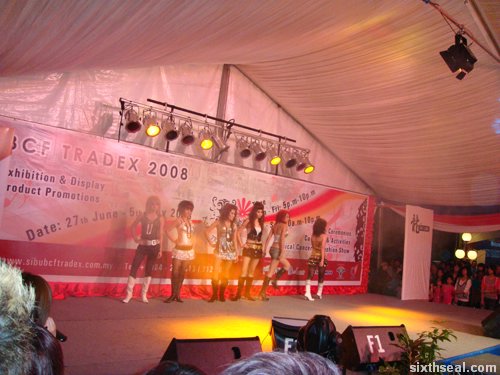 BCF 2008 is fun for all ages (and especially for the inner child in you). There are cultural shows, fashion shows, and games galore. You can drink yourself into a stupor and shoot less-than-straight photographs of the events (which is quite fun in it’s own right). 😉

I’m not sure if you’ll want to fly all the way here if you’re not from Sarawak, but the timing is good – right before the RWMF 2008 kicks off in Kuching, so drop by if you’re already here. Cheers from Sibu!