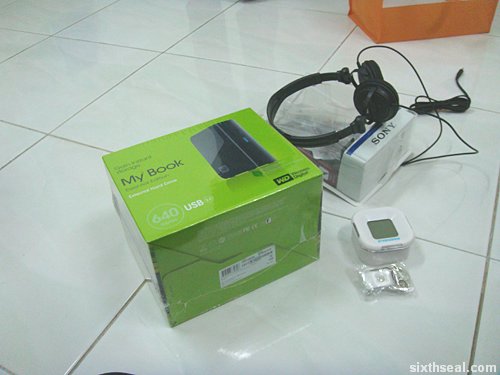 I went to the PC Fair 2008 at Delta Mall yesterday. It’s not the PIKOM organized event, but a smaller scale expo by local IT organizations. There are still a lot of bargains to be had there though – I got an 8 GB USB drive for RM 73 (SanDisk Cruzer Micro) and am planning to get a Philips external HDD (3.5″ 320 MB) for RM 260. 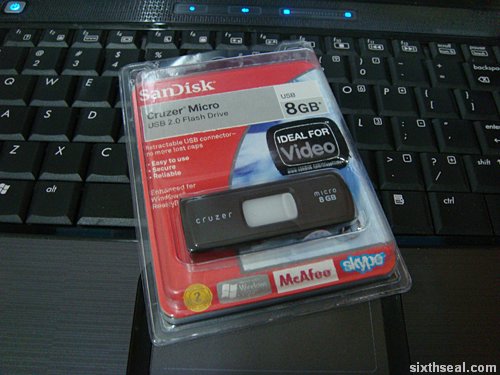 I know the prices might be kinda steep compared to KL prices, but it’s the best deals we get over here. There isn’t even a booth selling 16 MB USB drives which I’ve been hankering for. Anyway, I bumped into a couple of people there since it was the last day of the fair. 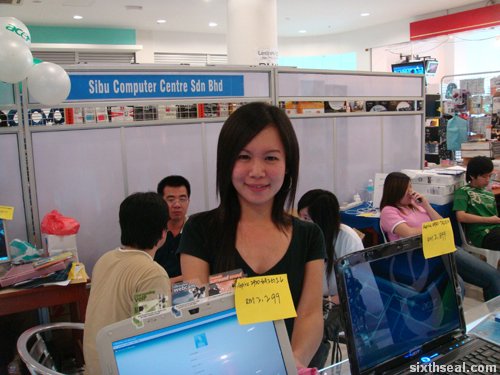 This is the delectable Susie Ting, who for some reason or another is helping out at one of the booths over there. 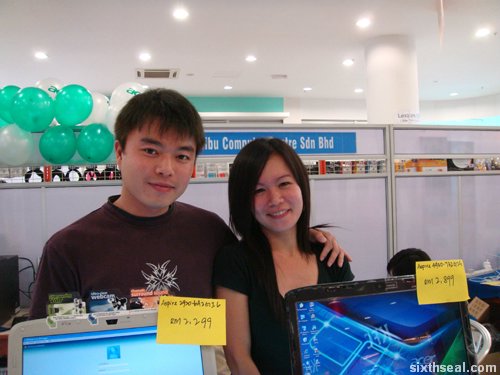 It would be remiss of me if I didn’t do an XX Chromosome post on her since she is, by most standards, quite aesthetically pleasing. She’s a really friendly person too – the first thing she said when she saw me was that she can smell the liquor from my breath and inquired as to why I didn’t bring her along to drink. It was a Sunday afternoon. 🙂 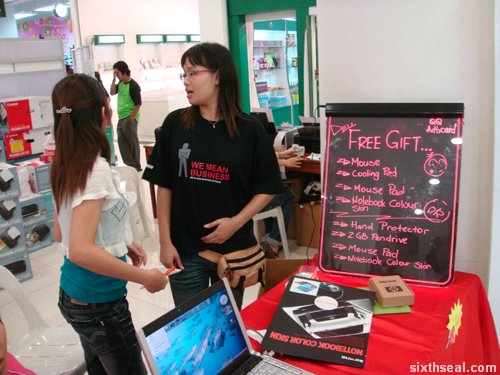 There’s also this very nifty UV signboard that I really liked, manned (womenned?) by Fang Ling. It accepts an AC adapter and you can write on it and it can display various colors according to the settings. The ink is erasable and you can write whatever message you want on it and then erase it and put up a new message the next day, The power consumption is pretty low too, so it’s more practical than an LCD screen (which would probably get my car smashed and the electronics stolen). 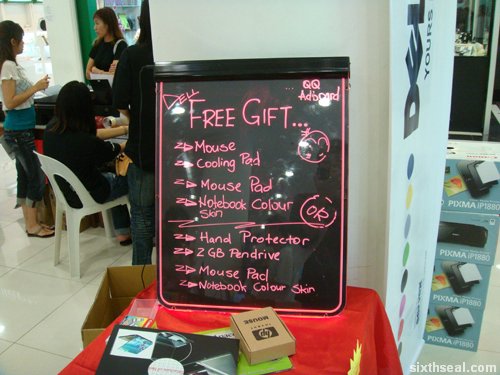 I want it for the rear of my car – it’s going to display a quote of the day or a random post and it’ll have the sixthseal.com URL on it. This is much better than plastering your car with blog stickers, since it’ll be inside the car itself and powered by a battery array. However, at RM 488 it’s a little bit on the steep side, and a friend of mine who went with me told me it can be fabricated for much less and at a custom size to boot (no pun intended), so I’m going to go for that option – take the tinted glass off my rear window and install this thing – guerrilla advertising and all that. 😉 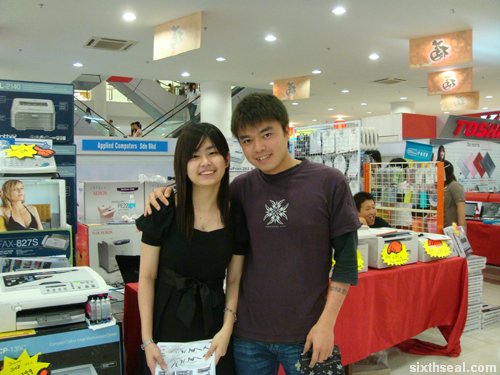 I also bumped into Siew Ling a.k.a. my little sister at the fair. She’s not actually related to me, she’s a model for my Oreo advertorial. She’s a really nice person and I always feel comfortable around her. She’s very soft too, and cute. Adorable! I don’t usually get attracted to younger girls, but she would be the exception. 😉