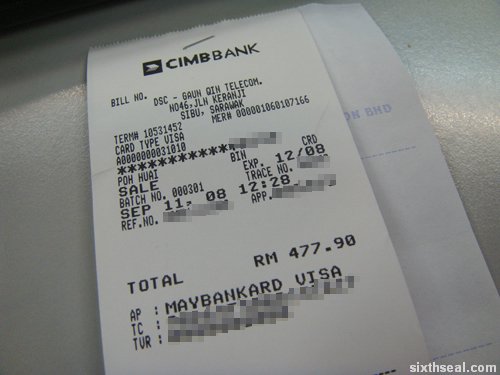 I went to pay my cell phone bill during lunch break just now and was presented with a rather impressive amount of RM 477.90. Jesus H. Christ. I remember my highest phone bill being about RM 2,000+ (converted from Australian dollars) back when I was in Melbourne but that was coz I was in a long distance relationship.

Oh, and I also defaulted on that payment. 😉 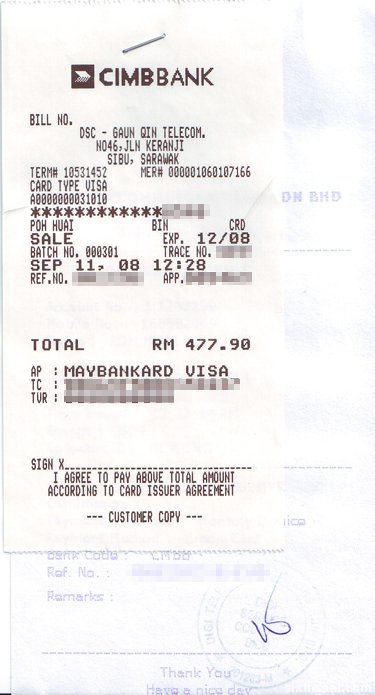 I’m surprised at how I can run up a RM 477.90 bill with my current usage and I think it boils down to the way I handle calls. I tend to call instead of texting someone due to the easier communication pathway. I’m also on a plan that favors same operator calls (DiGi 1Plan, which makes it free to call 016 numbers once the amount is past RM 123) but most of the calls I make are not within the same network. 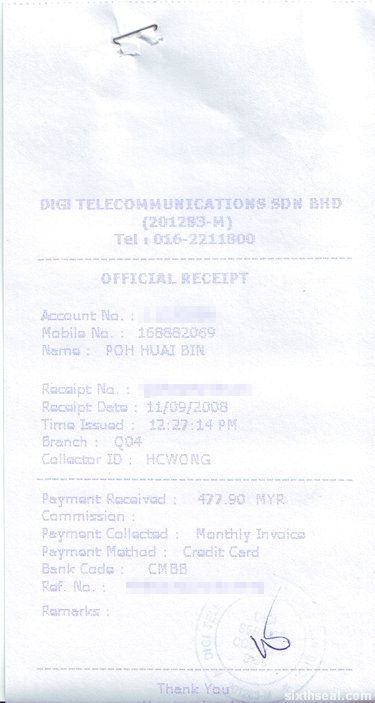 I use my personal cell phone to make official work related calls as well, which is probably not a good idea and something I shouldn’t do doing anymore (since I don’t get reimbursed for it). I have to curb my spending habits and it should start with my cell phone usage.

Hmm…come to think of it, I need a new belt. My two belts are both a little on the loose side, which I’ll like to think of as an indicator that I have lost weight. 😉

Latest tattoo: For the devil my soul, for you, my flesh tattoo on back