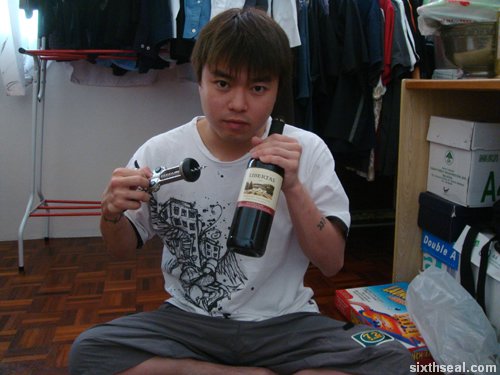 Libertas is a South African Cabernet Sauvignon bottled at the West
Cape. I have been taking advantage of the new 5-day work week
implemented by our company to chill out on a Saturday afternoon after
sleeping in late. 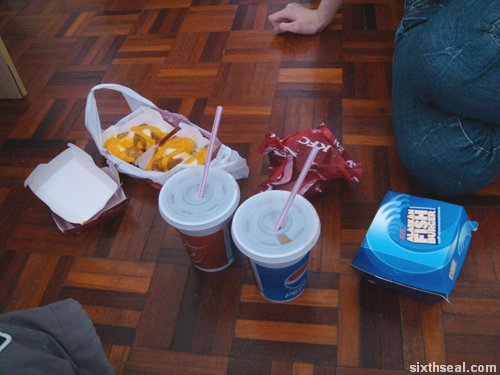 Melody brought some KFC over to my house and we ate the
X-Meals (is is just me, or has KFC burgers shrunk over the past
decade?) while I opened up the bottle of wine. I have now acquired the
discipline of keeping liquor around the house without the temptation of
consuming it immediately, which my addiction counselor would term as Progress (TM). 😉 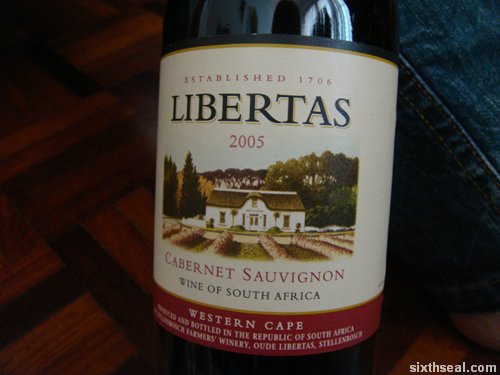 Libertas is Latin for liberty, and the title of the post is made popular by Patrick Henry. Anyway, a 5-day work week may be the norm in KL and other parts of the country, but over here in Sarawak, it’s cause for celebration! =D

27 thoughts on “Give me Libertas, or give me Death!”