I would imagine that any red-blooded male would have played fantasy football at some point in their lives. It’s practically a religion over here with the Premier League, UEFA Cup, and World Cup as the Holy Trinity of sports. 😉

I’ve seen the banner ads for Tiger FC Fantasy League for this season and signed up subversively at work. I have been nefariously building my team during office hours and it’s doing relatively well for this season.

Anyway, for people unfamiliar with the concept of fantasy football, it’s a game where you assemble a team based on real life players. The fun in this is that the scores you get are actually based on the real life performance of the players during that season. This is like building your dream team and watching how it plays out during the league. 🙂 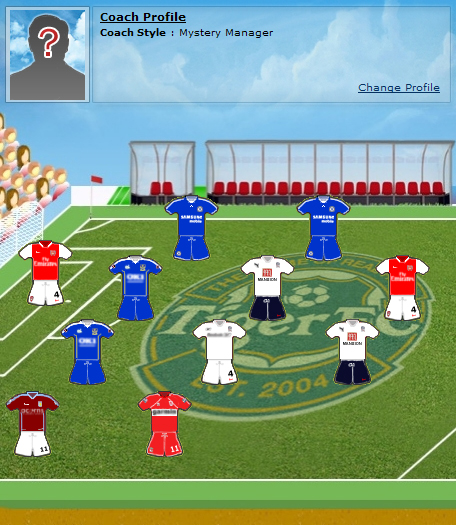 You can start playing anytime during the season and get ranked with other player’s teams. It’s quite fun and addictive even if you’re not a football fan since it’s like managing a football team. I’m sure some management skills can be gleaned from the game. 😉

My current best player is Emmanuel Adebayor. My team (Team SixthSeal.com) has scored 7 goals and conceded 6 goals thus far. You get to transfer players at scheduled times and the first one that’s getting the boot (pun intended) from my team is John Terry. He’s not carrying his weight in the defender position. 🙁 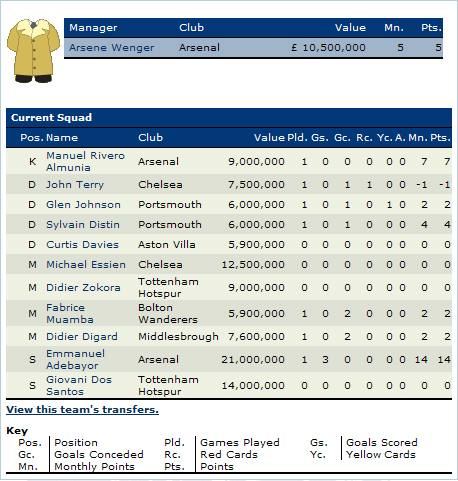 The Tiger FC Fantasy League also allows you to create a mini-league(s) to challenge other players. The Nuffnang bloggers are joining a league together – you can challenge our player lineup if you think you’re better than us. The login details are:

The Tiger FC Fantasy League is surprisingly addictive. I’ve found myself checking the papers in the morning to see the scores and then logging on at work to see how my team is doing. 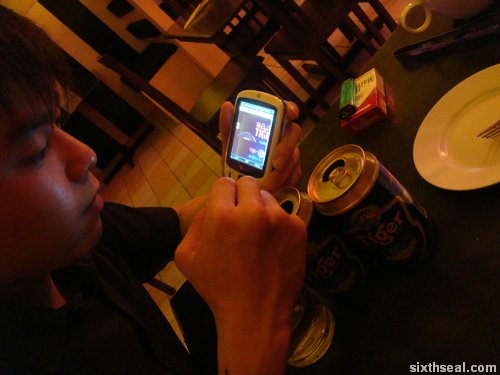 I’ve even taken to logging on with a Pocket PC while dining out just to check on how my team is doing.

You can get some of the action too by signing up. You think you’re better than Team SixthSeal.com? Prove it! 😉