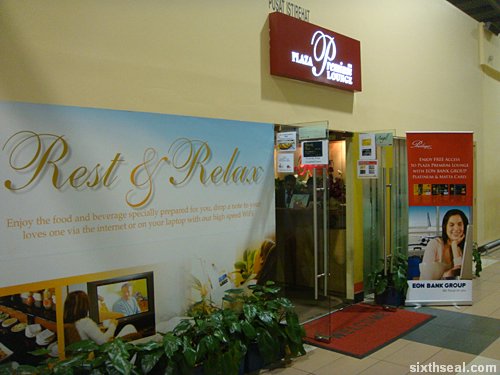 I flew in to KL on the last flight out of Sibu and arrived exhausted, hoping to stay at the executive lounge for the night. Unfortunately, the LCC-T premium lounge experience charges a not-so-low-cost of RM 80 for 3 hours (!). Thus, I took the SkyBus down to KL Central and looked for a budget inn to stay. 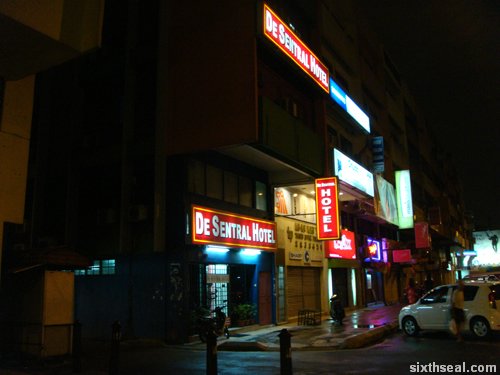 There is one right opposite the station, called De Sentral Hotel. The front glass façade is grilled and padlocked from the inside to prevent untoward incidents. I’ve never thought of KL Central as a crime prone area but the person of Indian nationality clutching a can of Guinness Stout and drinking out of it from a straw (?) while occasionally throwing up foam into the gutter seem to intimidate quite a few passerby’s. 😉 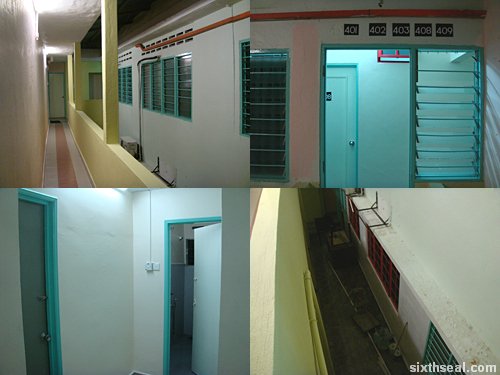 De Sentral Hotel isn’t anything to write home about – the “hotel” is actually a converted shoplot, as can be seen by the maze-like interconnections between the rooms. It is relatively clean, with shared bathrooms and a room that has a sink and a single bed. It costs RM 60 nett per night and even comes with a small TV to boot. 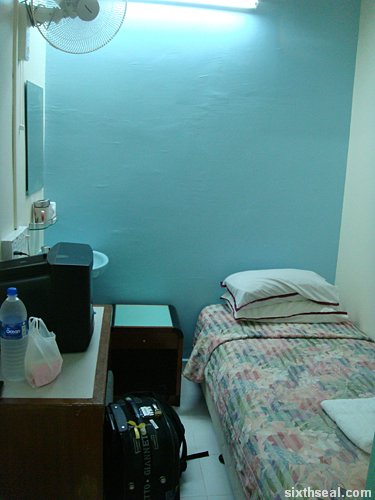 Much to my dismay though, the rooms are freshly painted. The entire area insults the olfactory senses with the miasma of fresh paint, which never fails to give me migraines. It’s a good thing I’m still down with the flu so my desensitized sinuses were a blessing in disguise. 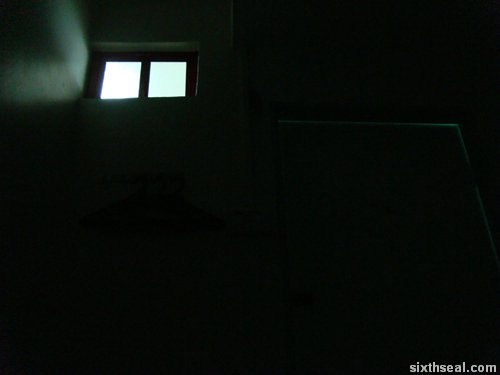 There is a small window inside every room, which unfortunately has the side effect of causing the hallway light to shine right into your eyes – not exactly ideal sleeping conditions. Oh well. I was just there for the night before picking up the keys to the condo the next morning.

Anyway, I’ve moved into the new condo and am in the process of getting a TM Homeline and Streamyx. I don’t have net access at home so I have been relegated to updating at either Starbucks or McDonald’s. I have been busy moving house during the weekend, but I promise there will be daily updates from now on.