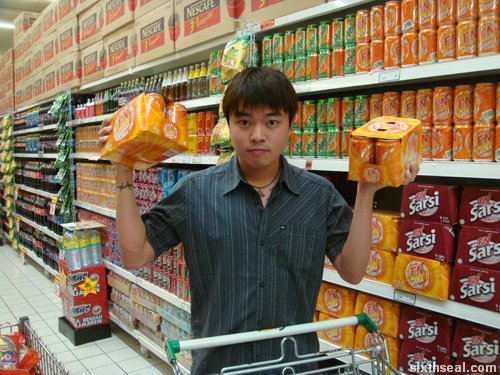 I’ve always wanted to throw a party for the readers of sixthseal.com – in the height of it’s popularity, I actually enquired about the rates of renting a club for an invite-only event. I even had grandiose thoughts about having an open bar (as well as specific tables for different non-ethanol based products – remember, this was back in the castitas.com days ;)) all gratis for my loyal readers.

I never actually realized that dream of mine due to financial reasons. I was already pumping a lot of cash into the sixthseal.com universe and renting a place for a night would be way too expensive for me. It still didn’t deter me from putting that thought on the backburner though – with high-powered spotlights spearing the night skies, huge banners with the blog URL on it, me at the front personally greeting everyone that comes.

I’ll even throw in one of those wind powered dancing stick figures. 😉 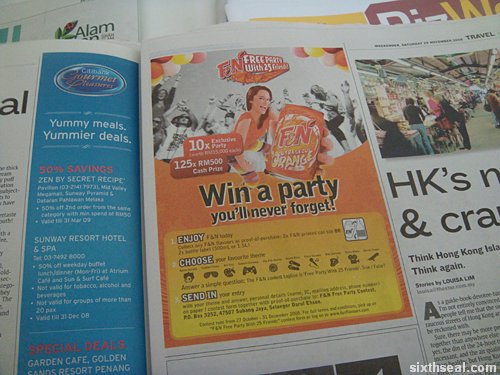 Anyway, while updating myself on the latest happenings in Mumbai, I chanced upon this contest for a free party (!!!). It’s everything I could dream of…and more! This contest gives you the option to choose between a beach party and a hip-hop party (among others, but those two are the ones I’m going to choose), fully sponsored. Gratis. Free. Percuma.

The party is worth RM 15,000 and the only downside is that only 25 people can attend the event.

Still, it sounds like a great deal and I’ve sent in 6 entries together with the pull-tabs to increase my chances of winning. I have historically been very poor on winning contests – Lady Luck seldom favors me with her smile, but I’m hoping you all can help me out by doing this another way. 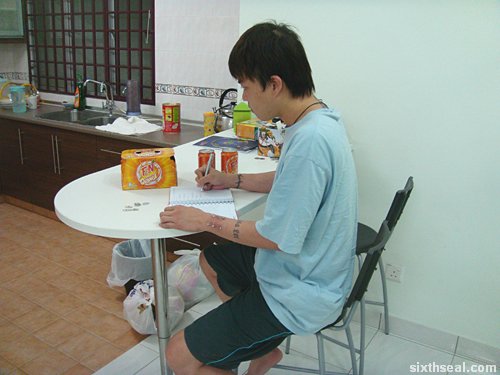 I’ve been hearing about invites to dinners and sponsored posts and all that (okay, I’ve been doing more than hearing, but that’s not the point) and I was hoping that the good people at F&N will take notice of my blog and my post and perhaps sponsor another event just for sixthseal.com.

I mean, it’s good publicity for them as well, since a blogger winning the contest (or being given the contest prize) will generate a domino effect of sorts. I’m going to invite bloggers to the party, which will in turn produce likely coverage of the sixthseal.com party. 25 bloggers writing about the party (26 including myself) is pretty good publicity.

Anyway, if you link this post, and the people at F&N notices it and squeezes some cash from their slush fund to throw me a party – I’ll be sure to get you invited to the event.

I’m even going to write in and petition them.

It’s been something I’ve wanted to do for quite a while, and I hope it happens. If it does, you’ll be the first to know (and get invited).

P/S – If anyone from F&N is reading this, I am kidding about the slush fund. I’m sure you don’t have one. 😉

P/P/S – Can the good people at Nuffnang and other Nuffnangers help me out on this?

35 thoughts on “The ultimate sixthseal.com party!”