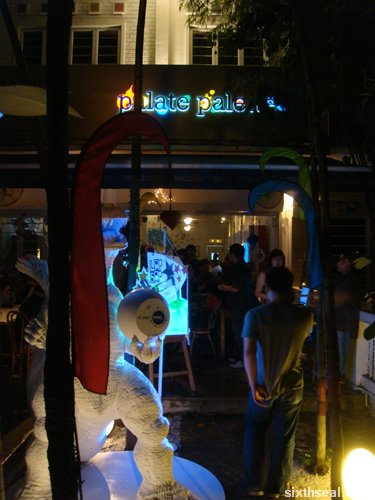 Planet DELL organized an event at Palate Palette last night. It was hyped as the party “before the eve of the new year” and features Lap Sap as one of their performers. 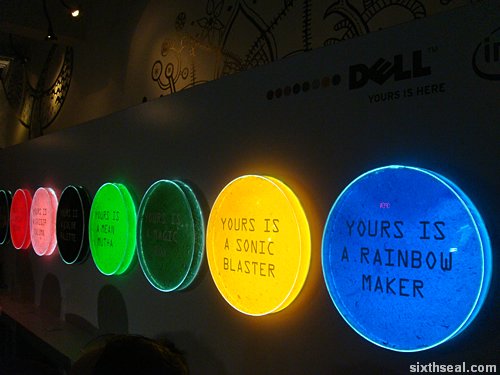 The PJ gang (we have earned this moniker due to a misdemeanor and possible felony committed by all of us) descended to the heart of KL to attend this event. The invite came courtesy of Rachel Ying. 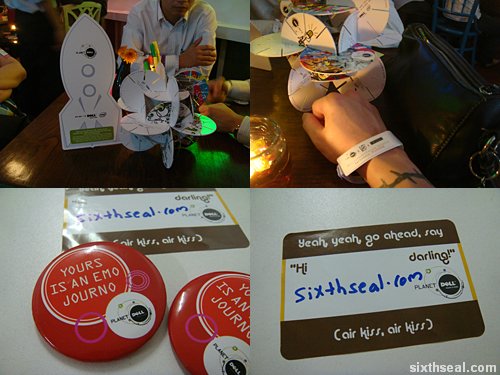 We got the customary wristband as well as two badges (“Yours is an emo journo” – no shit, Sherlock) and stuff to play with. Yeah, yeah, go ahead, say “Hi, sixthseal.com, darling” and do the air kiss thing. The event was like an invasion of the hip, trendy, trust-fund kids – the Who’s Who of KL, or their offspring anyway. Attack of the Killer Trust Fund Kids. I can’t be fucked to look up who their dads are. 😉 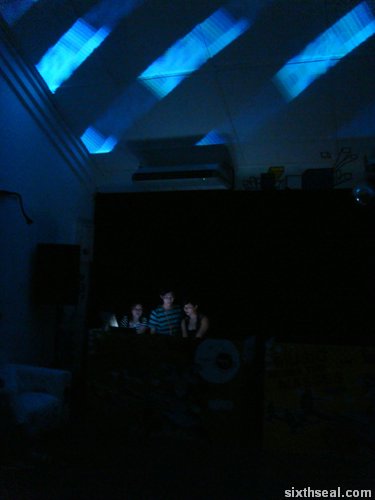 Lap Sap didn’t make much of an impression on me. I don’t know what this event is about actually – we were given badges and felt tip pens to graffiti with, but nothing ever happened. It’s more like…a chill out session, which is fine and all, and the old me would have jumped at the open bar, but I guess I was expecting more. 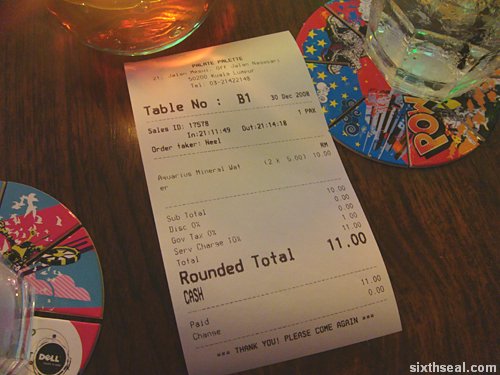 I wasn’t really impressed by the fact that we had to pay for water, but alcoholic drinks were on the house. I mean, come on, that’s illegal in Australia. Clubs should have free water, no two ways about it. I normally won’t complain, since ethanol is my main tipple but I’m trying to wean off alcohol on the day before my New Year’s resolution kicked in. 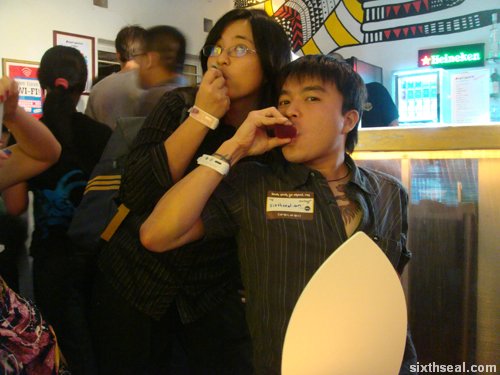 It sounds a bit wrong after I’ve just said that, but here’s a photo of me doing Jello vodka shots with Lainie. 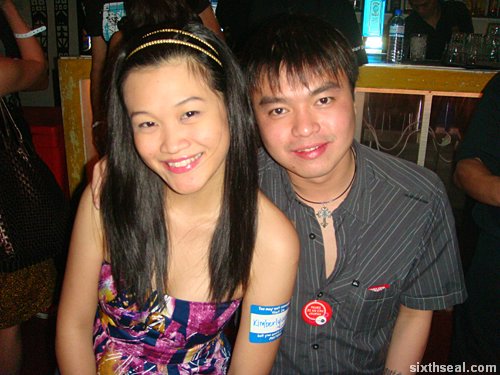 Kimberly, who related an anecdote to me about someone asking her if her real family name is Cun. Heh! 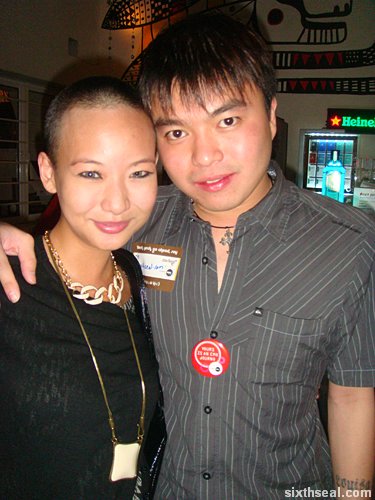 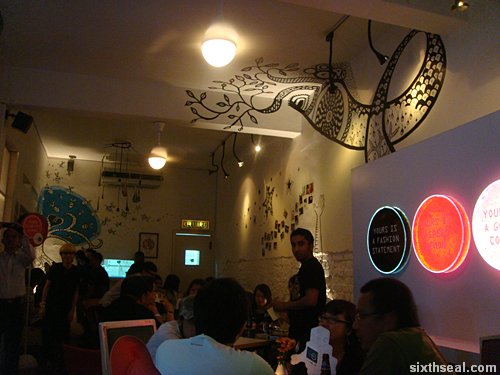 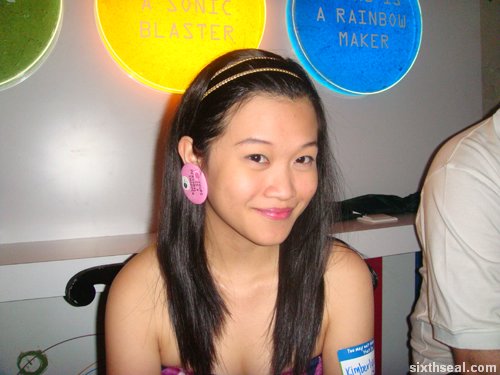 Kim being enthusiastic about the badges. 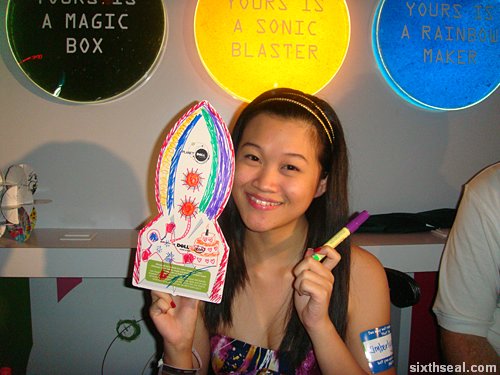 Planet DELL was alright if I was in the mood to drink…which I usually am. It’s the dearth of participant interaction that killed the event. It’s all good if you just want to hit the gin + tonic and free beers, but if you want more, it’s a bit of a letdown. We left rather early at about 10:30 pm.