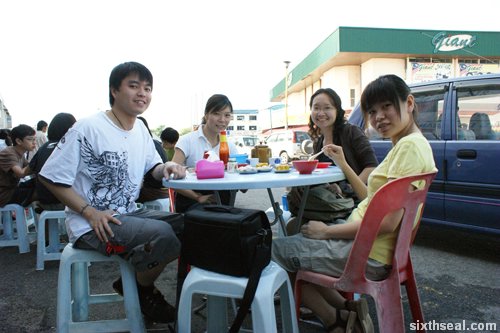 The trip started off normally enough – it was supposed to be an overnight stay at a relaxing retreat about an hour away from KL. We had breakfast and bought some groceries for the barbecue at night before driving down… 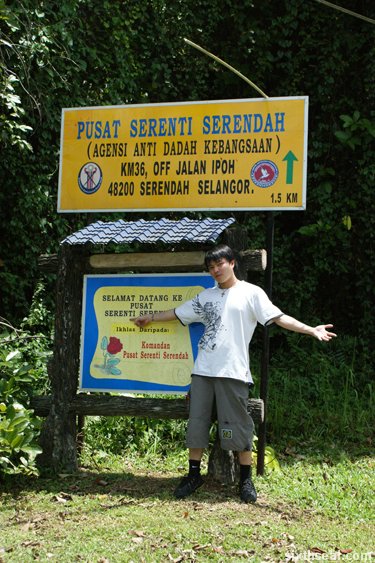 …I even managed to drop by my alma mater. 😉

Sekeping Serendah is supposed to be about 10 km after Serenti Serendah. I drove up too far, got some wrong directions from a local and drove into a gravel stretch of road. The website did mention a “narrow road” so I pushed on despite the numerous hazards on the road, nay, gravel path. 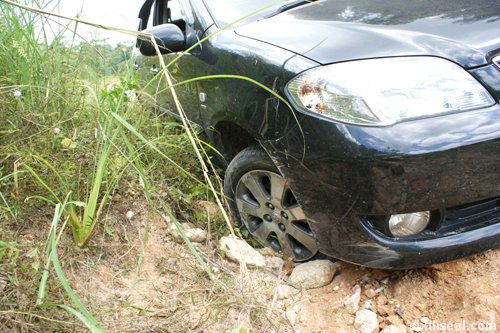 I drove into a deep pothole about 2 kilometers in. I tried to reverse,
failed to get a grip on the sandy gravel and had to get out. We came
out with this idea of putting rocks under the tires for traction and I
managed (with much acceleration and damage to the car) to reverse out…

…straight into another deep pothole. -_-“ 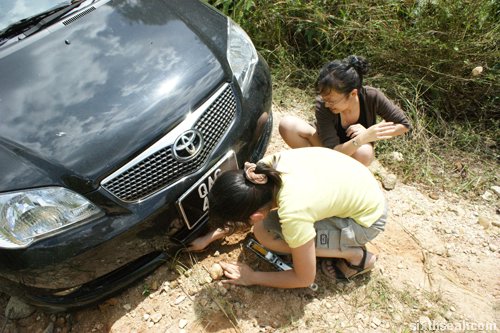 This time I was really stuck and Joyce and Windy came out with a couple of…er, innovative ideas, including jacking up the front of the car (Windy: You have comprehensive car insurance right?) but it was to no avail. We were stuck in the middle of nowhere! 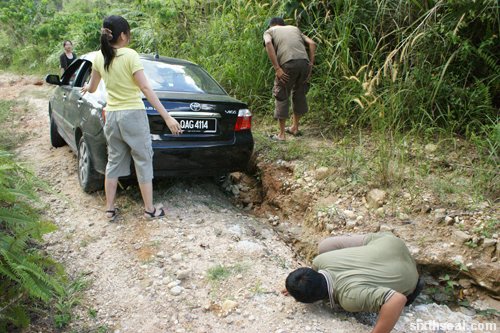 Thus, I called the retreat and asked for a tow truck. We were stranded there for two hours while waiting for the tow truck guys to come. It was certainly an Experience (TM). 😉 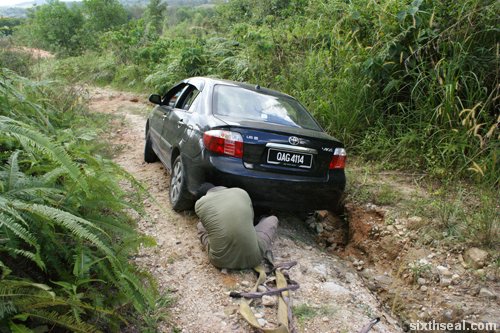 The people fixed a length of rope to my car… 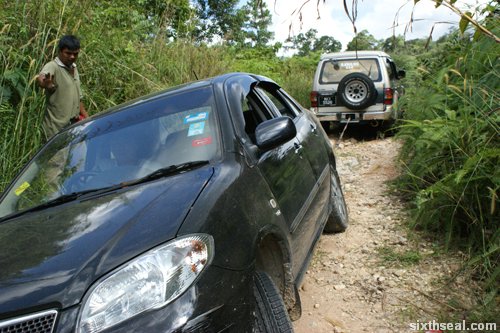 …and I reversed it out with the help of the 4WD towing me. The strange thing about these kind souls is that they wouldn’t accept payment of any sort. Cheers! 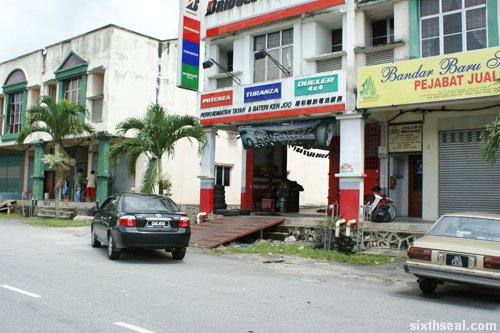 The ordeal gave me cracks on both my rear tires and it was decided that a trip to the tire shop was in order so I won’t burst it driving back, lose control of the car, crash, and kill everyone. Damage for replacing both rear tires: RM 320. 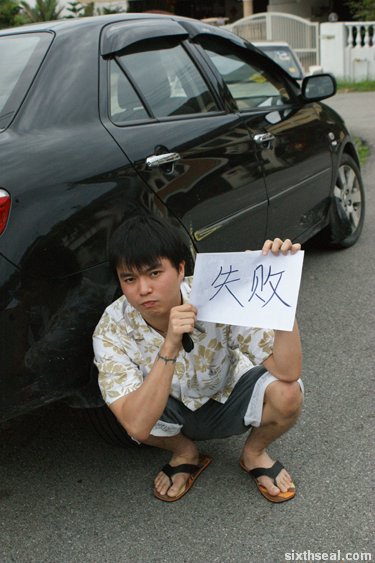 Oh well, at least I got a certificate as a testament to my driving skillz. 😉

32 thoughts on “The epic journey to Sekeping Serendah”