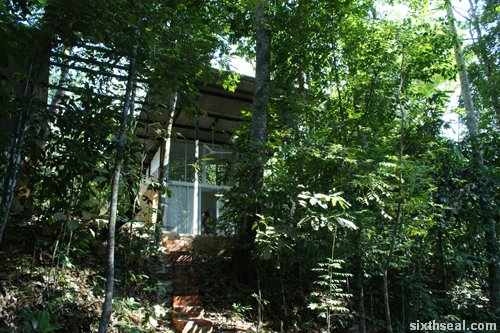 Sekeping Serendah is a Zen like retreat in the middle of the jungle. Touted as a place with a minimal footprint on the environment, I was introduced to this retreat by a coworker who’s been there. Sekeping Serendah literally means “A piece of Serendah” in Malay. Serendah is the town where the retreat is located at – it’s an Orang Asli (native) settlement area. 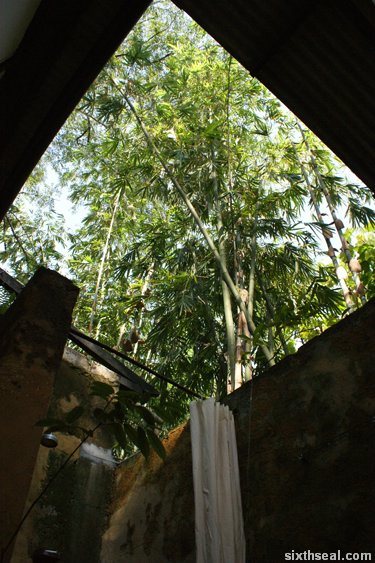 Karen (my coworker – seen in the breakfast photo) was quite pleased with her experience there last time so I called up Christina and booked a glass shed. Unfortunately, being a long weekend and all, they were all out of glass sheds. The other option is the timber shed, which is also fully occupied. Sekeping Serendah only had the mud huts left so we went for that option. 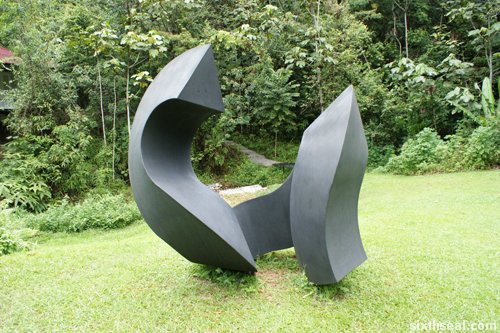 This is the famous Sekeping Serendah metal sculpture. It turns out that there’s only a couple of sheds in Sekeping Serendah – 5 in total, if I’m not mistaken. It’s a very private retreat, perfect for relaxing in the green forest reserve and swim in the pool and just generally chill out – BBQ at night, hear the crickets sing their song. It’s a little slice of heaven just an hour away from the bustling city. 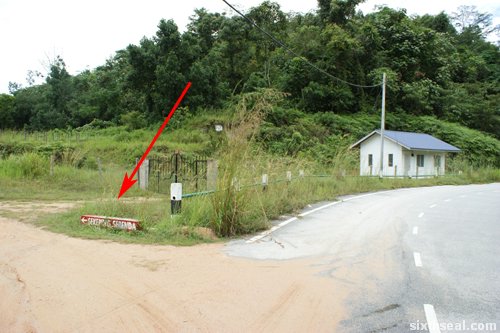 The sign to turn in the place is a little obscure (understatement of the year) so watch out for a white house with a blue roof. You need to turn left right before that. If you get out of your car, move some shrubs away and brush at this little concrete block on the ground, you’ll see that it says “Sekeping Serendah” if you squint hard and long enough. 😉 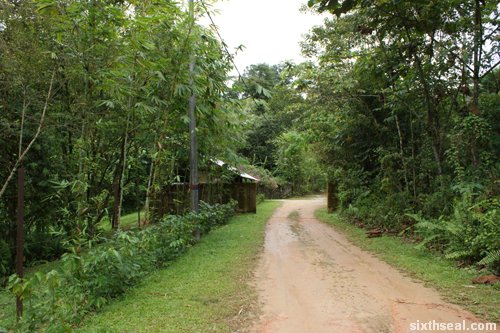 You’ll head up a small dirt road lined with trees which will bring you to a rustic looking wall made of bricks. You’ll see the retreat right after that – if you’re on a heavily graveled road instead of a smooth dirt road, you’ve taken a wrong turn and would very likely need assistance if you go further in. 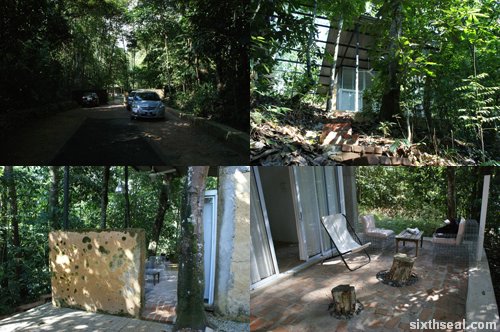 You can park right outside the only road to the sheds. The sheds are all partially covered by shrubs, with only clay brick steps leading up to the elevated living quarters. It offers a lot of shade (from the sun), shelter (from the rain), and privacy (from other people) – all three of which we experienced. 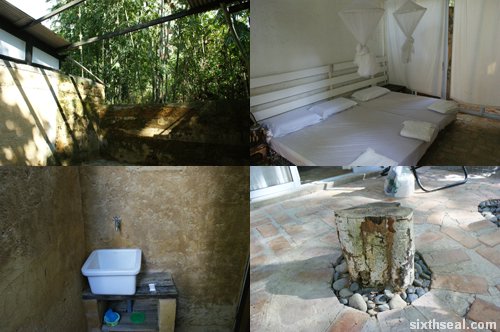 The mud sheds have air conditioning, a fridge, a wash basin, open concept showers and washrooms, and clay partitions. The beds are thoughtfully fitted with mosquito netting to ensure a night of untroubled sleep. There are no modern distracting amenities like TV and your cell phone won’t work over here so it’s a perfect place to get reacquainted with nature. Everything is concealed – they do have hot water but the piping is hidden so you feel like you’re really living under the trees… 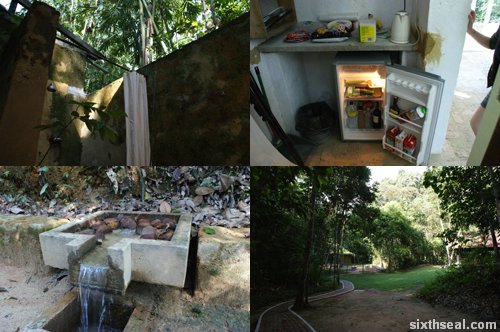 …which in fact you are. The forest canopy combined with the brilliant open style architecture allows the open skies to be literally above your head when you lounge in the patio and when you shower. Coupled with the truncated tree trunks in the patio and the brook running through the entire retreat, it’s like you’re completely isolated from your worries, and there’s just you and your friends. 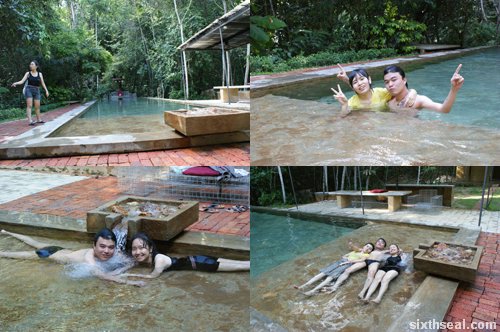 The private swimming pool is an excellent place to soak after the ordeal that we went through. We headed straight for the pool as soon as we got there and put our bags in the mud shed. The caretaker was kind enough to ask if we wanted to barbecue stuff at night and kindly offered to provide charcoal and light the fire. 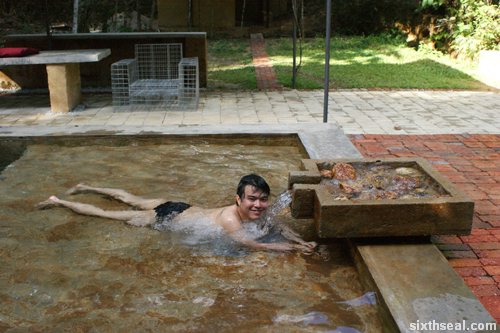 Meanwhile, we hit the swimming pool, relaxed in the cool, refreshing water and talked about stuff while soaking in the refreshingly cold water. I would say it’s a great place for company outings and bonding sessions, stuff like that. I was in the pool with Joyce and Windy until we were all wrinkled from the water and it was getting too cold to stay. It was dark by the time we got back to the mud shed. 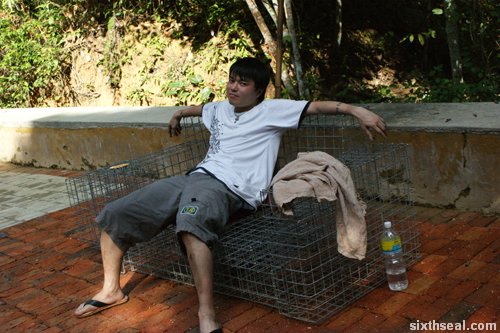 The canopy of trees above your head as you swim and laze around really makes for a relaxing experience.

Just be careful of the pole supporting the curtain that covers the shower and washroom – it’s not anchored and very prone to falling down at the most inappropriate moments. -_-”