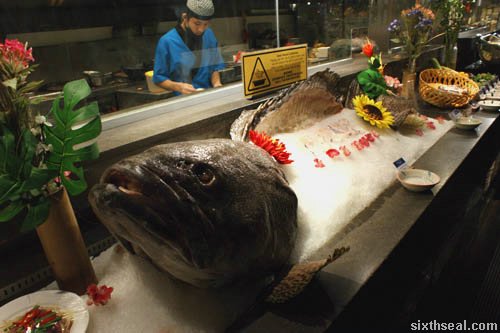 I headed to Jogoya (which translates to the title of this post – I kid you not) at Starhill for a buffet lunch just now. We had this 50% off coupon which allows us to eat at half price, not too bad considering Jogoya charges RM 78++ for their buffet lunch. 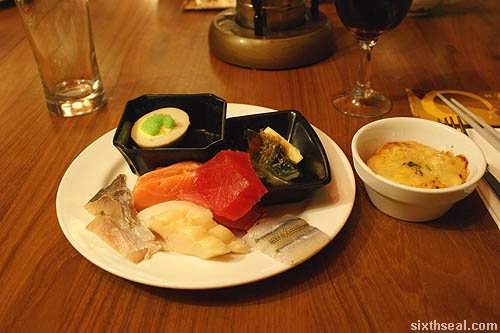 I ate a lot of sashimi – I’m a big fan of anything raw, and Jogoya does not disappoint in their offerings. Other noteworthy dishes are the century egg with salted egg and their “sauna egg” which is a bit of a contradiction to the naming – it’s a cold poached egg. 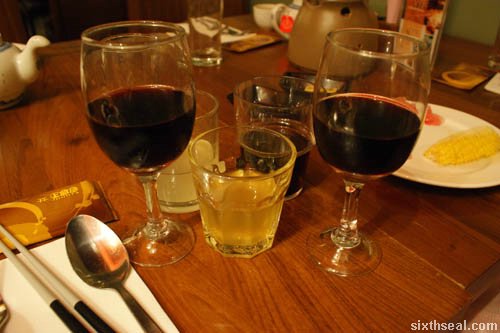 Jogoya also has a decent portfolio of alcoholic beverages – there’s white/red wine, gimlet, “AK-47” (no relation to the shooter), and other cocktails of their own device, some of which were quite tragic and some rather good. Don’t expect vintage years though, it’s a buffet, be happy with the table wine. 😉 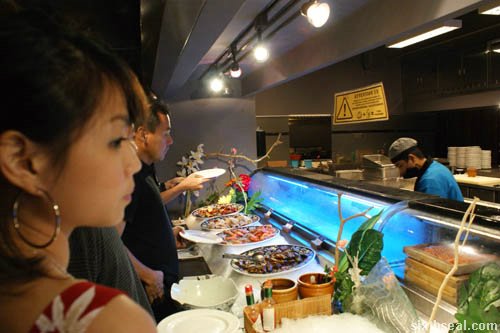 I was there primarily to eat as much raw oysters as I could. The oysters disappeared from the bed of shaved ice as soon as it was arranged there so the person preparing the oysters decided to serve it on a person-to-person basis, thus the long queue for the oysters. 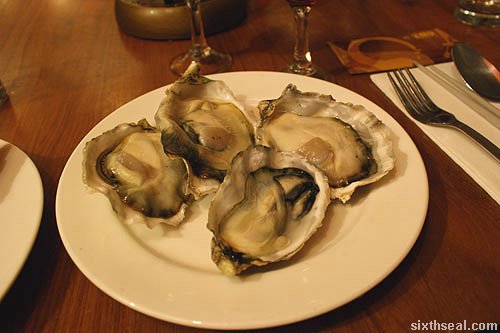 I think I ate about 8 or so oysters. They weren’t as huge as I’ll expect (definitely no palm-sized oysters to be found) but it was surprisingly fresh and I slurped the poor mollusc straight of the shell without any Tabasco sauce or lime. 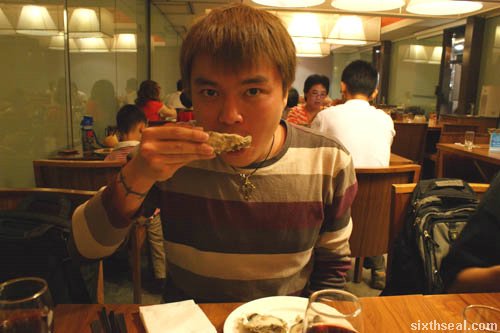 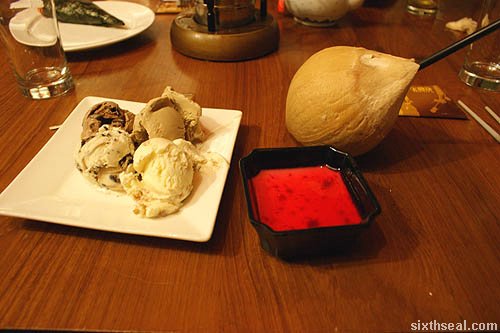 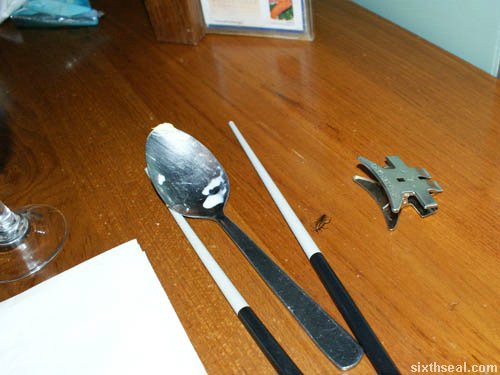 We had the most unfortunate experience of encountering a nymph of the Blattaria order of insects while eating. It must have been attracted by the vanilla scented Haagen-Dazs ice cream on the spoon. 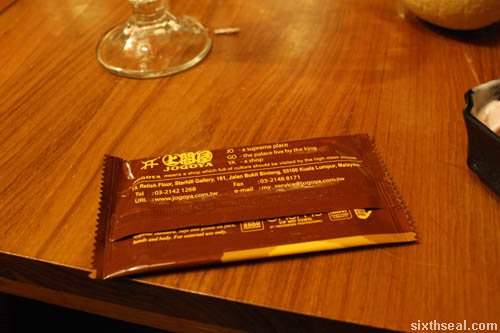 Well, like I said earlier, Jogoya means “A shop which full of culture should be visited by the high class people“. 😉 I don’t consider myself “high class people” but it sure expanded by waistline by approximately 5 inches during the 2 hours we were there. Thus, if having a potbelly is a sign of prosperity…well, I guess… 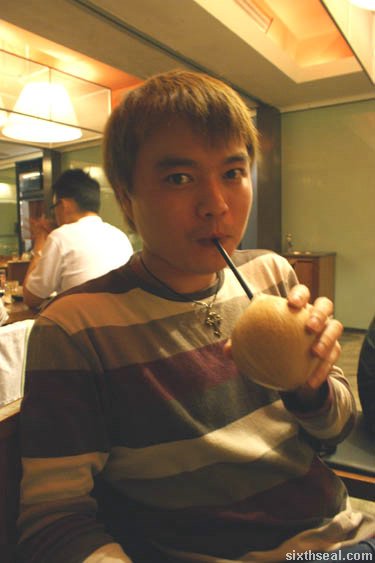 Another interesting (but unverified) anecdote, there was a sign by the oysters which states that consuming milk (and dairy products) with raw oysters may cause food poisoning. I have yet to Google this, can anyone corroborate this statement?