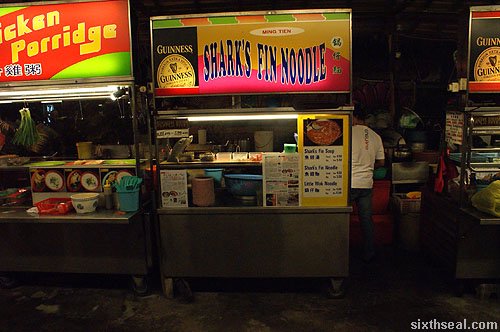 This has gotta be one of the more decadent dishes you can afford to eat every day. Weighing in at a relatively easy-on-the-wallet price tag of RM 5.50, it’s practically a steal! This Shark Fin Noodles is located at Ming Tien food court, and I feel obliged to proclaim the goodness of this particular dish to all and sunder. 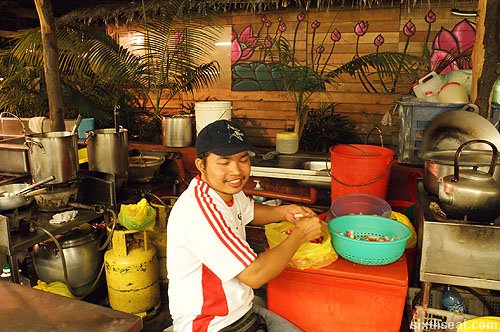 The Shark’s Fin Noodle stall serves up shark fin soup and shark fin noodles. Imagine noodles dumped into shark’s fin soup and you’ll have an idea about what this dish is all about. It’s almost criminal that most places do not serve this – it doesn’t take a rocket scientist to figure out that chucking some good ol’ noodles into leftover shark fin soup would make a tasty dish. 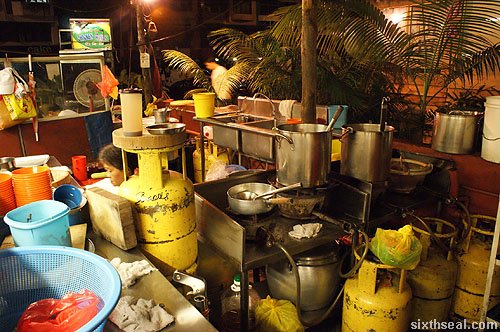 Granted, at the price you’re forking out (RM 5.50) you shouldn’t expect prime fin from a 3,000 kg shark inside your dish…my agaration tells me that there’s only a sliver (or two) of real shark fin inside the dish. 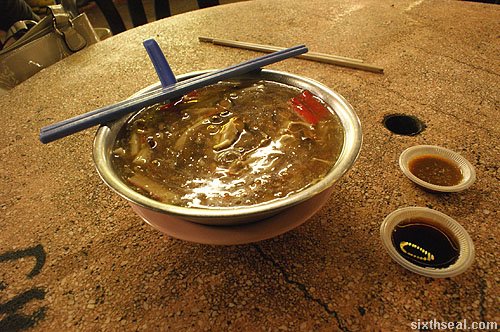 However, the texture is authentic enough, and the crab sticks and other miscellaneous ingredients coupled with the starchy and vinegar-ish soup fabricates a more-than-passable approximation of shark’s fins soup (with noodles). 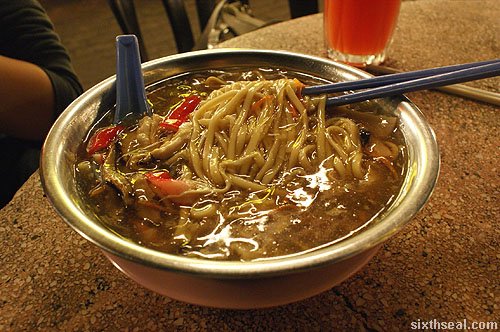 I am actually quite intrigued about shark’s fin noodles. It’s almost a no-brainer to create something like this. Leftover soup? No worries! Just reheat and dump in some noodles for a meal. It’s the first time I’ve sampled this dish and it has already engendered a craving, nay, a hunger for shark fin noodles with a healthy dash of vinegar. 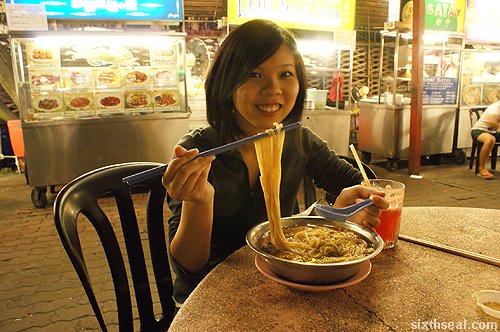 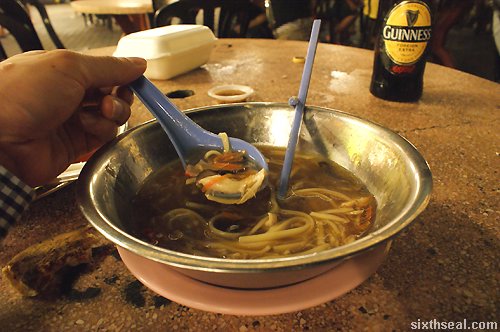 Ming Tien food court has a lot of great stalls and they open until 3 AM…perfect for washing down your alcohol with some solid food. 😉