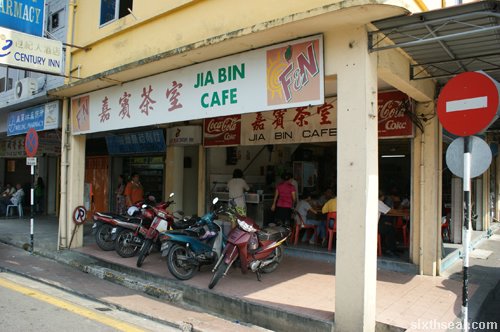 Kampua mee is to Sibu what char kueh tiaw is to Penang. There are a lot of good kampua places here but the best is arguably the one beside the fire station, dubbed Ang Kao kampua (Monkey kampua) after the owner’s nickname. I believe most of the locals here know about the income tax fiasco and the buzz that the owner drives two luxury cars, one of them a Mercedes, despite being a “humble kampua stall owner”. 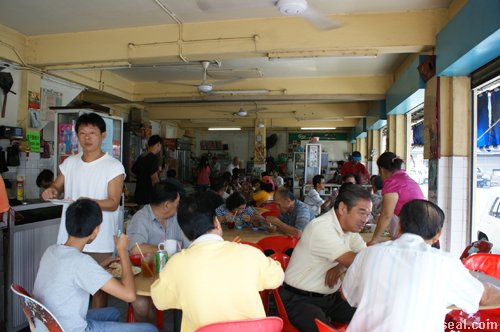 Word on the street is, one day some people from the IRB came in and sat there posing as customers, with an increment clicker to count how many plates of kampua they serve on an average day, tallied against their reported income. The discrepancy was so colossal, no amount of hyperbole can sufficiently describe it, and thus the owner was slapped with a huge fine. 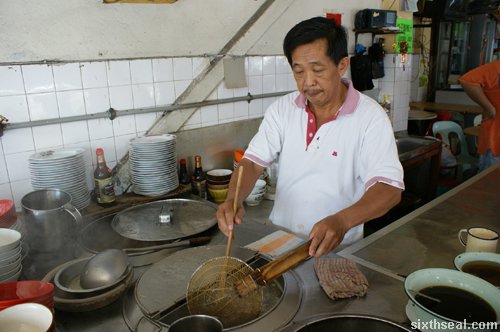 I am not sure about the veracity of the story, but if it’s true, this has made the proprietors understandably wary about people with monitoring devices in general. I was asked if I was a reporter when I waltzed in and started taking photos of the place, and although they are friendly people, I had the distinct impression that they would not take it very well if I had stated that I represent the IRB. Heh! 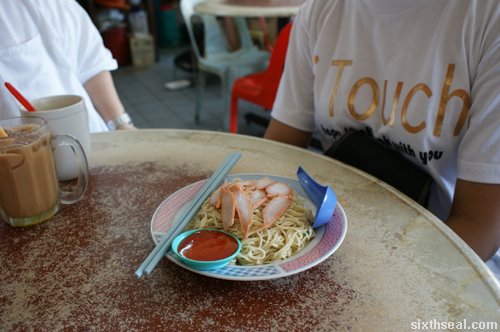 However, the kampua is the best in town. This is the classic version of kampua mee – the flavor comes primarily from pork lard and shallots. It’s served with finely diced spring onions and char siew. 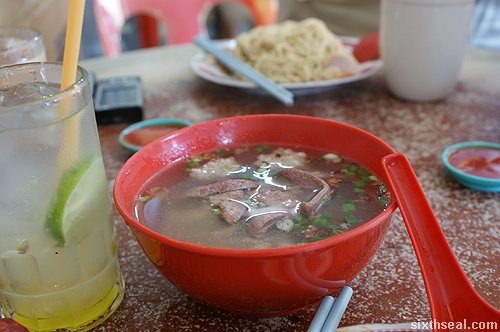 Monkey Kampua also serves a mean dish of pork liver soup. It’s mixed with pork balls in this photo but kampua is versatile in the sense that you can order it with pien nuk (pork dumplings), in soup (ching tang mien) and with pork liver (tu kang in the local dialect). 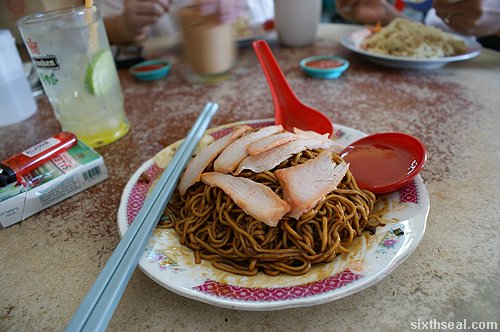 I like mine with soy sauce and chilli sauce. The accepted vernacular for this is kampua puak lak puak tau yu and should be preferably vocalized with an appropriate Foochow accent. 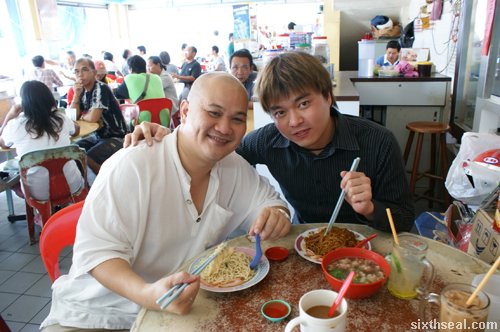 My only beef with this place is that they don’t serve beer. 😉