Fret not, comrades! I’ve come up with an FAQ for this extremely common accident! 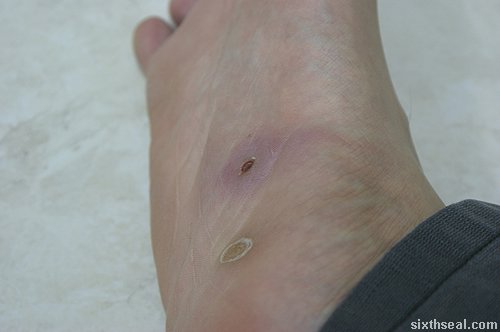 Q: OMG! I just stepped on a stray electrical socket adapter while going to the loo in the middle of the night! Help! What should I do?
A: Don’t panic. Turn on the light and inspect the damage. Did you step on the white part (good) or the yellow part (bad)? 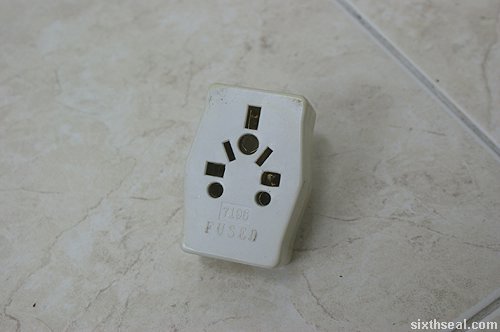 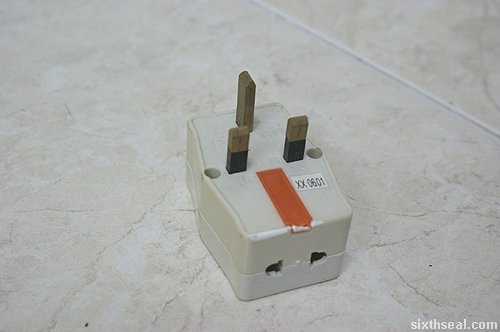 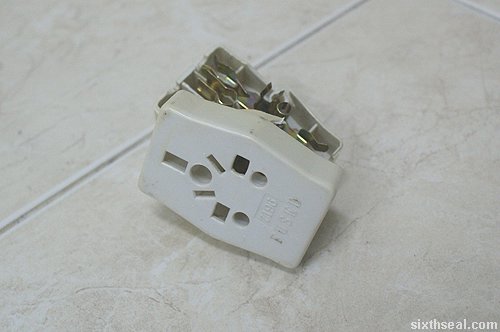 However, if you stepped on it prong side up, you will most likely feel a sharp pain followed by a string of profanity consistent with Tourette Syndrome. You will also notice some bleeding on the soles of your feet.

Q: Phew! I’ve stepped on the white part. What do I need to do?
A: Nothing. Just get another electrical socket adapter if you need it.

Q: How can I prevent occurrences of stepping-on-electrical-socket-adapters in the future?
A: This is a no brainer. Most people won’t them lying around in likely paths of foot traffic in your house…so don’t! 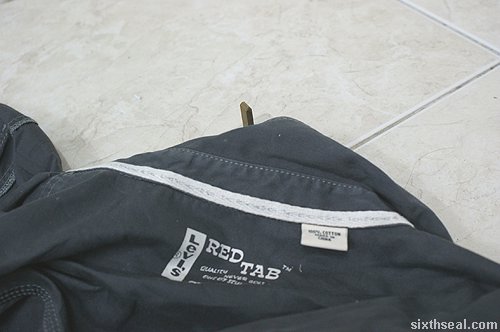 Q: What if I’m not most people?
A: You’ll need to consult this guide frequently and often. It might also help to keep some disinfectant in your house e.g. Dettol.

Q: What if I don’t believe in disinfectant?
A: Sure, I understand you just want to go back to sleep after taking a pee. It’s all good. However, be prepared to walk gingerly for the next 2-3 weeks, depending on how hard you stepped on it, which is in turn dependant on your body weight.

Q: 2-3 weeks? Are you kidding me? Does it take that long to heal?
A: As a rule of thumb, yes. Wounds in movable parts of your body (palms, wrist, soles) takes longer to deal due to the constant friction and contact you make with various external objects during the course of the day.

Q: Do I have to see a doctor?
A: Most people won’t have to. However, if you’re a pussy or suffering from haemophilia (which causes your blood to not coagulate properly), it might be a good idea to consider heading over to your GP. At least for the latter.

Q: What’s going to happen to the poor sole of my feet after 2-3 weeks?
A: Well, you’ll form a hard callus where the point of injury occurred. You’ll notice that the skin is significantly thicker and rougher. It’s no big deal.

Q: Okay, what if I still want to leave random items lying around the house and walk around in the middle of the night with no lights on?
A: I strongly suggest snapping off the Earth prong. It’s the one that sticks up the most (the longest one) and from previous experience, it’s the one that causes the most damage. You can also opt to snap off all three for good measure. 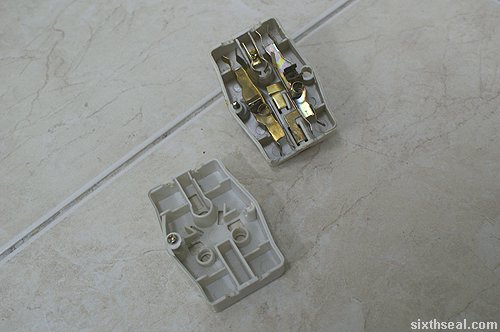 Q: Okay, I’ve done just that. Will I still get injured when I step on it in the middle of the night?
A: Nope, it has now transformed into a nice, benign surface with no pointy bits. It’s perfectly safe to step on, kick around, hide under dirty articles of clothing or anything else you leave around without causing any more harm to unsuspecting nocturnal creatures.

Q: Will I still be able to use the electrical socket after that?
A: Hmm…you can try. But how are you going to plug it in without the prongs? 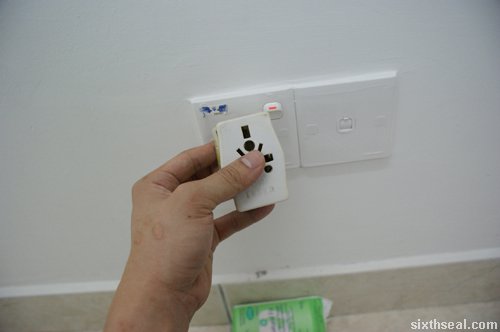 50 thoughts on “The OMG! I stepped on an electrical socket adapter! FAQ”