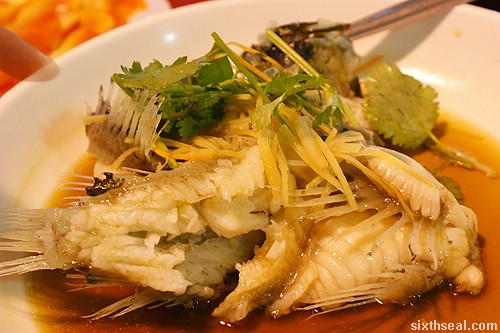 Ask anyone* where the best seafood in Kota Kinabalu, Sabah is and they’ll inevitably say “Ocean Seafood”. Don’t. Just don’t. 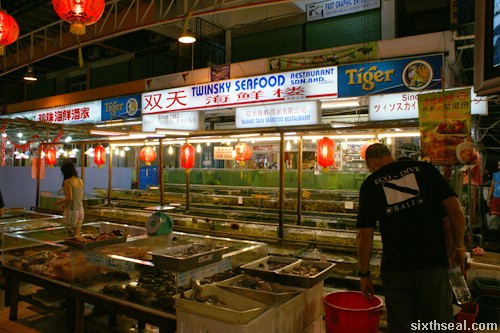 I’ve been there, done that, bought the motherfucking t-shirt and I stand here as witness that it’s a tourist trap. 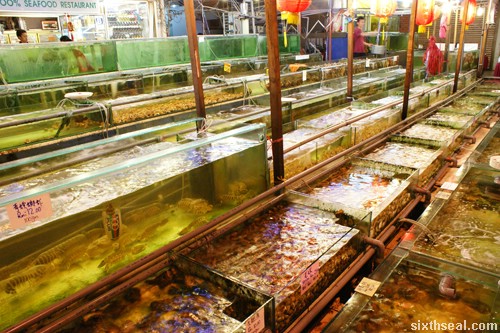 * Now’s probably a good time to say that anyone means hotel personnel. 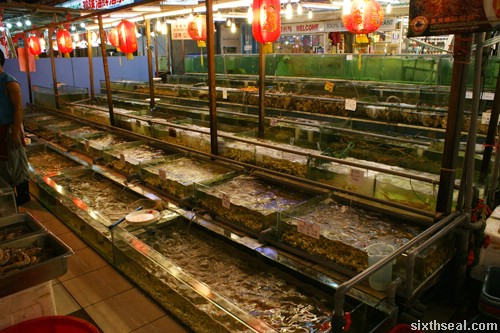 You wanna eat where the locals eat? Are you a traveller or a tourist? 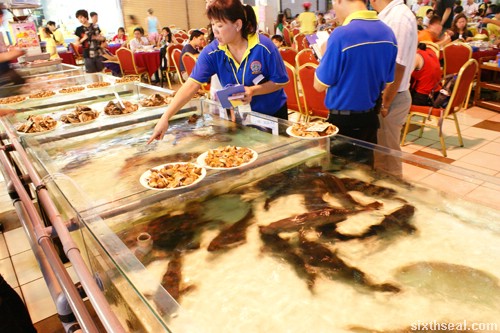 Ignore me if you’re the latter. However, if you’re a serious traveller, head on over to Twinsky Seafood where there is fresh seafood, much better than all the fancy air conditioned, scented napkins, attentive service restaurants. 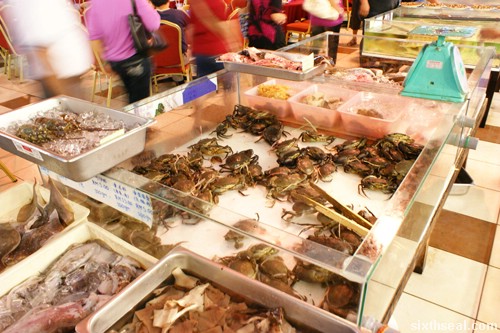 Don’t get me wrong, the good people at Twinsky Seafood has damn good service as well and the place is absolutely fucking packed when we went there. We didn’t even go during peak hour – that’s a testament (okay, okay, cutting down on Biblical references now) to how good their food is.

Go on a tour of the establishment and you can pick and choose the marine life that you want to consume. 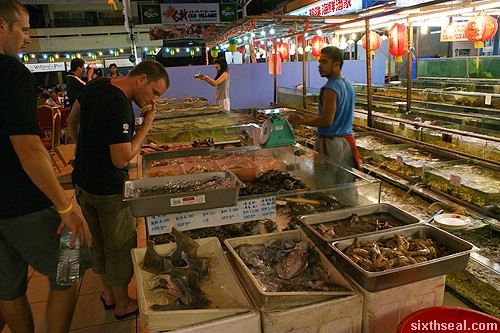 Would appreciate it if you kept the gold prospecting away from the fresh seafood. 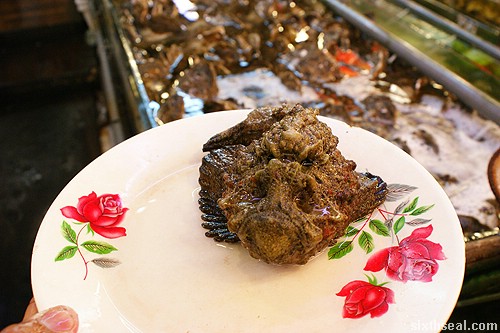 Aww…poor fish. Sucks to be you.

Alrighty then let’s get to the meat (no pun intended) of the post: 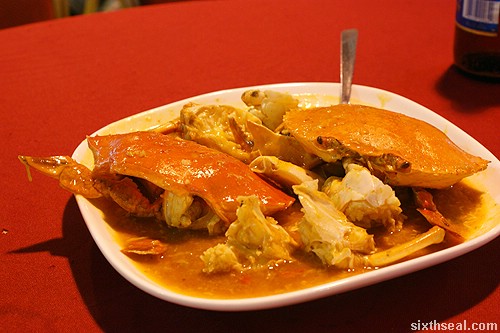 Crabs in hot and sour sauce. This is good and you get to choose the crustacean that you want. 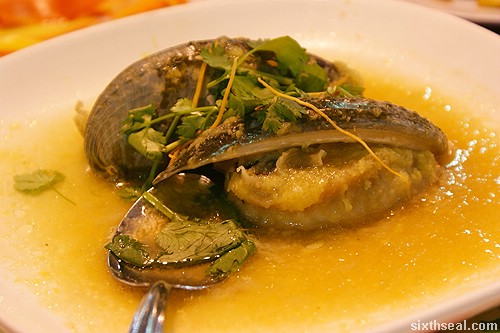 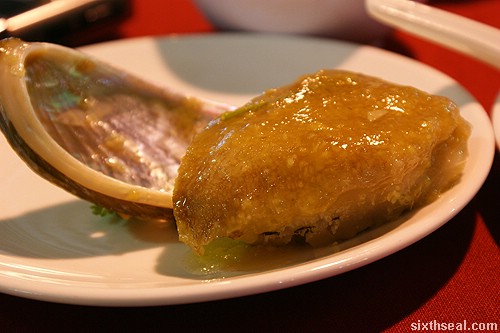 I told you seafood is cheap in KK right? The portions are larger than what you’ll expect in KL and it’s juicy and sweet. 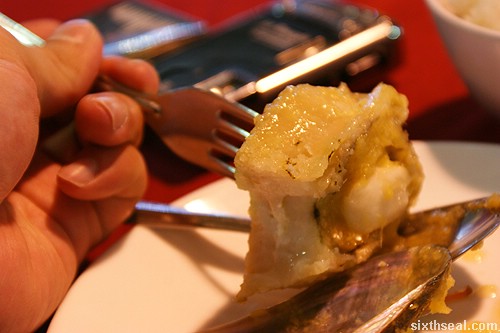 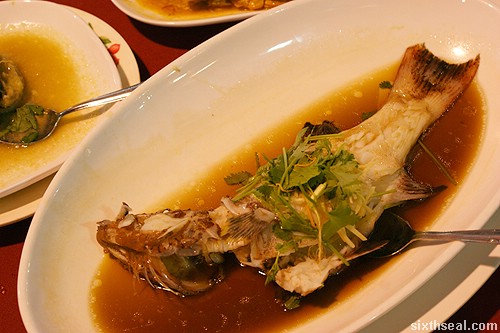 This is a sea fish that we ordered. Wait ah, lemme get my wallet to see how much it is. 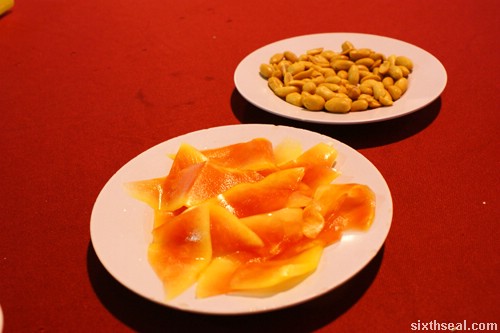 Chup! I forgot about the delicious pickled papaya appetizer. 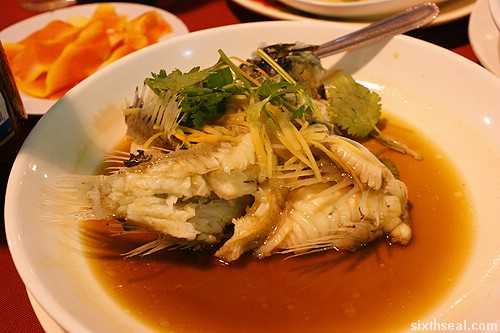 Rock fish a.k.a. stone fish. It sounds a bit dodgy as Jerine pointed out (and she swore not to eat it at first) but when it was served…it’s magical. =D 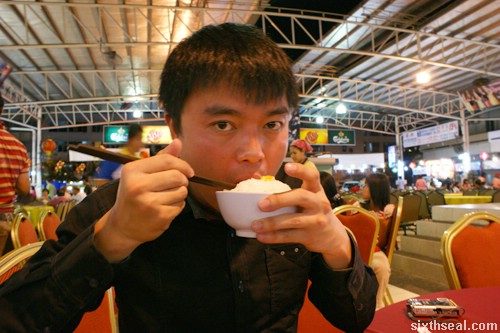 It’s cooked HK style with soy sauce (as all fresh fish should be prepared) and it tasted delicious. It was hard to the touch at the tank, yeah, stating the fucking obvious here, there’s a reason it’s called stone fish but after steaming…it’s the best thing that hits your palate. Smooth, silky with all the right tones. 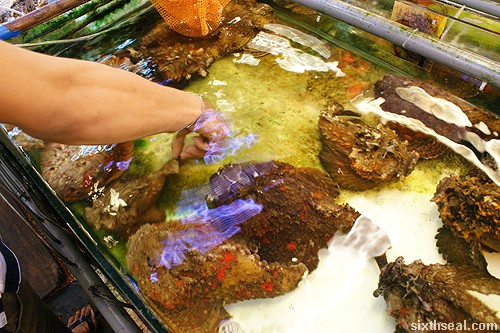 The entire meal costs about RM 250-300 – I don’t have the receipt coz Jerine paid for the meal.