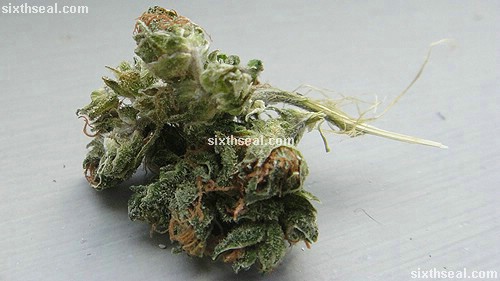 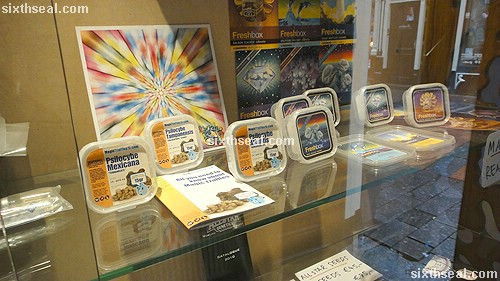 This is a reproduction of one of my favorite t-shirts in Amsterdam. I’m a huge fan of statement tees. It’s quite catchy except for some minor errors since it was printed. Euro 5 would only get you one of the more common strains of cannabis – Thai Skunk goes for Euro 3 while the perennial favorite (pictured above), the indica based White Widow goes for Euro 8 per gram. Popular strains and winners from the Cannabis Cup like the Cheese sativa strains will set you back upwards of Euro 10.

It should be noted that even the most basic strains in Amsterdam is MUCH stronger than the stuff you’ll probably get anywhere else.

Magic mushrooms has been illegal for quite a while but smartshops get around it by selling magic truffles instead. It’s basically the same thing, with psilocybin and psilocin being the active compounds, but a legal loophole leaves commerce…unmolested.

Mushrooms are illegal but spores (for growing) and truffles (the underground bits of the mushroom for eating) is legal. It’s not Euro 15 anymore, but close enough for government work – the “stronger” fungi can cost up to Euro 20 per 15 gram dose box.

That’s it for Friday updates from sixthseal.com! Have a good weekend. <3