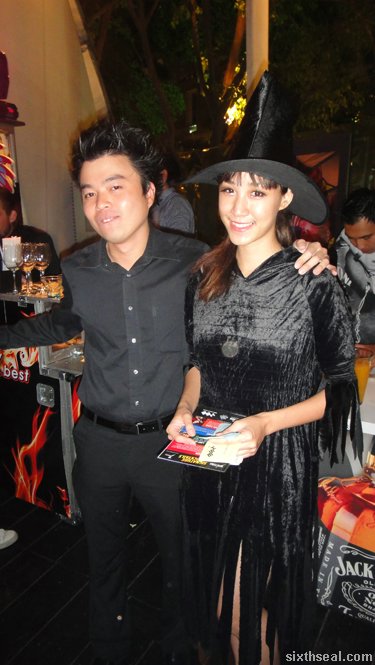 I’ve always identified more with villains than heroes. Growing up, Professor Moriarty was more my cup of tea than Sherlock Holmes. Lex Luther appealed to me more than Superman. I can relate better to Darth Vader than Luke Skywalker. Magneto and his band of evil mutants seemed way cooler than boring old Professor X and his cadre of do-gooders. 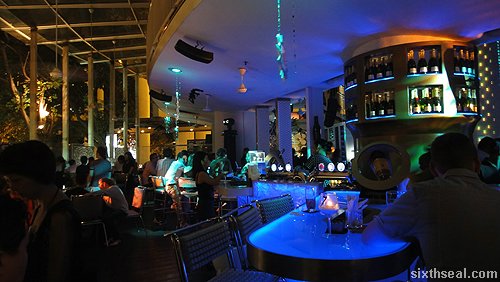 It was thus the natural choice for me to prefer the Super Villains event to the Super Heroes party. I just came back from Encore’s Super Villains party in 7atenine at the Ascott on the 1st of June and it was awesome! There was a photo wall where you can write a quote on this speech bubble and mine goes “Being GOOD is for LOSERS. Evil FTW!”. 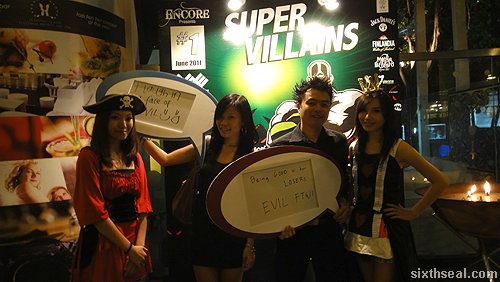 I also came dressed in black, as did Lainey – every villain worth his salt instinctively knows that having a wardrobe full of black articles of clothing is essential. It’s the color of choice when it comes to villain attire. 😉 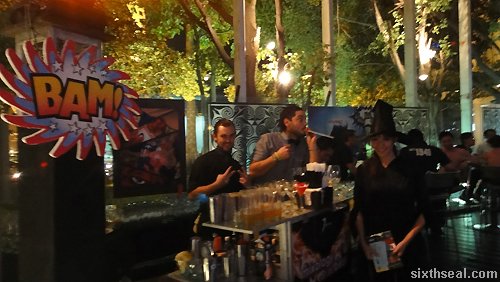 7atenine was decked out in decorations straight from a comic book – there were “POW!”, “BAM!” and even “SMACK!” signs all around the place. There was a Super Heroes party held about a week before the Super Villains bash. The four cocktails are specially concocted for these two events and features two villains and two heroes respectively. 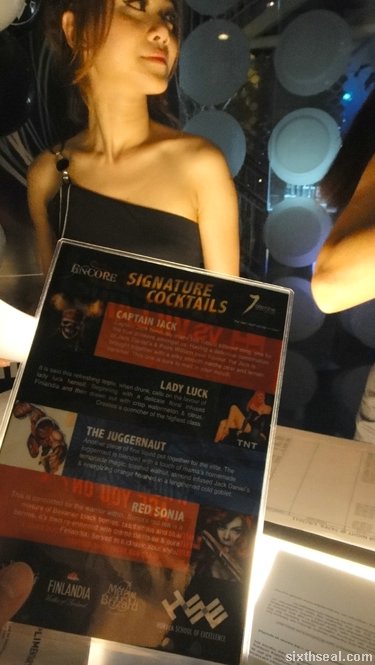 I tried all four of the cocktails. It’s the best part about Encore’s parties – I’ve always appreciated a nicely done cocktail and with acclaimed mixologists coming in, you can always expect a new and different signature cocktail every time. 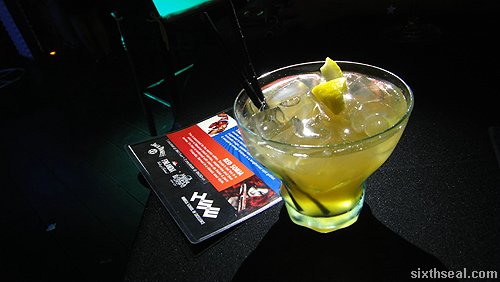 Captain Jack
This is a cocktail inspired by Jack Sparrow (of Pirates of the Caribbean fame). It’s made primarily with Jack Daniel’s (thus the name) and Poire William eau de vie, which is French for “water of life” but is actually a fruit brandy. The pear Poire William goes very well with JD and this is one the strongest cocktails amongst the four. 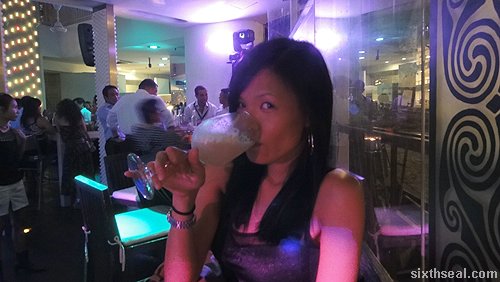 Lady Luck
It’s made with Finlandia vodka with watermelon and citrus. It’s pretty good but I liked the others better. 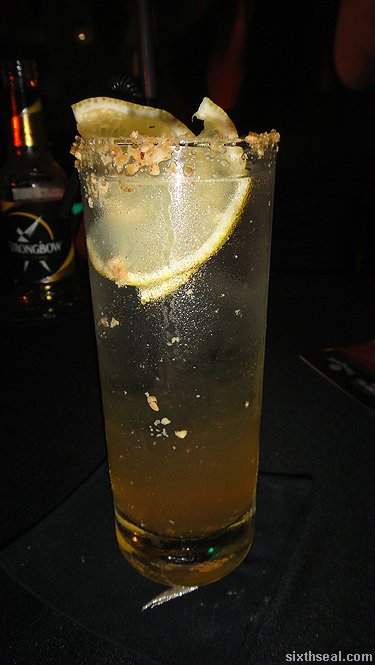 Juggernaut
This was my first drink when I went in. It’s served in a tall glass and at the first glance, it didn’t seem like anything special. However, when I tasted this Jack Daniel’s and lemonade cocktail I was really impressed. What sold me was the grated toasted walnut that lined the rim of the glass. It’s like a martini but with toasted walnut instead of sea salt on the rim. It’s the most interesting cocktail among all the four available. Licking the finely grated toasted walnut before chasing it with a sip of the drink is a treat for your palate. Two thumbs up for innovation! 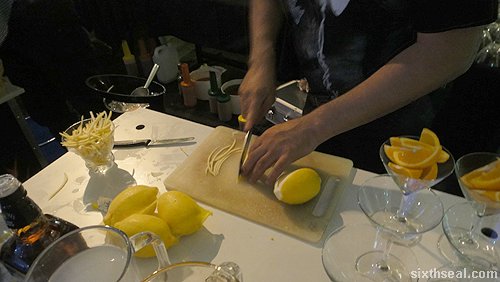 Red Sonja
This cocktail is a concoction of various berries (Bavarian black berries, blueberries and raspberries) with Finlandia vodka. It is thirst quenching but it doesn’t pack much of a punch, alcohol wise. 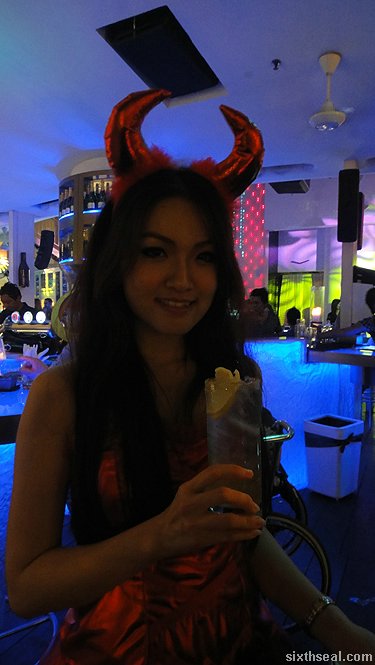 The cocktails go for RM 17 nett but you’ll get a better deal when you buy 2 at once for RM 30 nett. I spent over RM 100 for drinks that night, although I didn’t drink all of it. Fresh was quite enthusiastic – she practically shouted “I CAN HELP YOU FINISH THAT!” happily towards the end of the event, and hey, who was I to stand in the way of ethanol induced gaiety? 😉 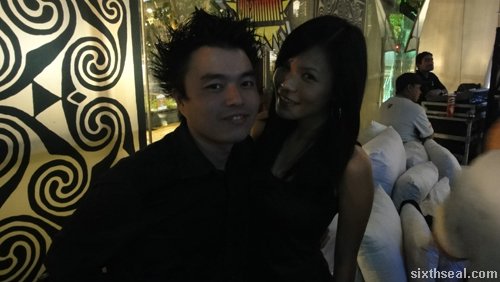 Anyway, there’s an upcoming event called Heroes Vs Villains on the 8th of June which is the culmination of the two parties. Super Heroes and Super Villains will come head-to-head in this ultimate party! 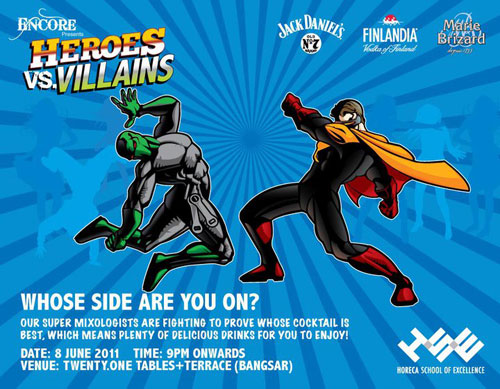 Check out the poster above for more details! 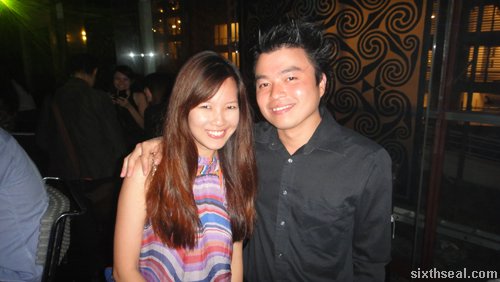 I managed to meet Hui Wen from Singapore who came to Super Villains. Now that’s someone I haven’t seen in ages. It was good to see her there. 🙂

There’s also entertainment in the form of dancers – click play on the video clip I took for an idea of what Encore’s parties are like. It’s all about fellowship, entertainment and deliciously made cocktails. 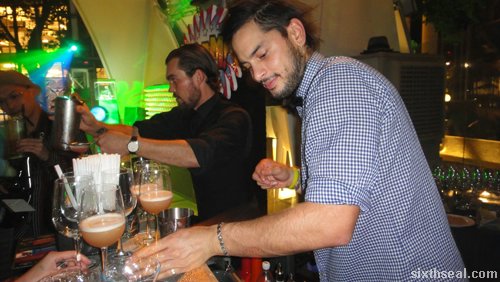 Come and join us at Heroes vs Villains for more fun than you can shake a stick (or a light saber) at. 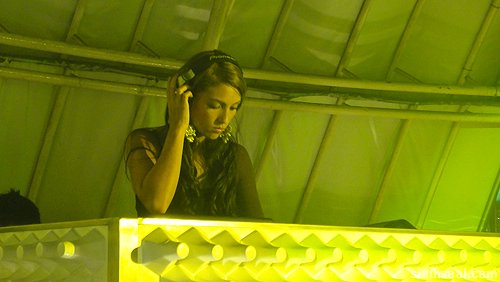 …and don’t forget the hot DJ who will be spinning music the entire night. You won’t be able to sit still, the music is so good you’ll be grooving to the beats in no time. Especially after you’ve downed a cocktail or six. 😉

12 thoughts on “Being GOOD is for LOSERS!”