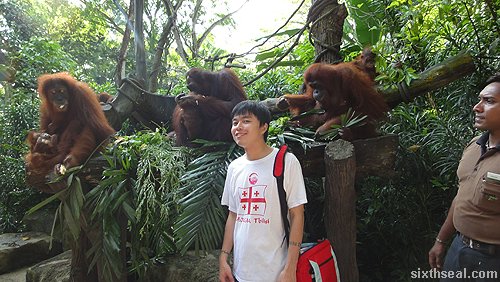 Heh! I’ve always wanted to title a blog post like that. In this case, there is at least some semblance of logical justification for it. I was in Singapore a few weeks ago and one of the things that we did was have breakfast with orang utans. There were also pythons for you to hold, it was a great start to the morning, truth to be told. 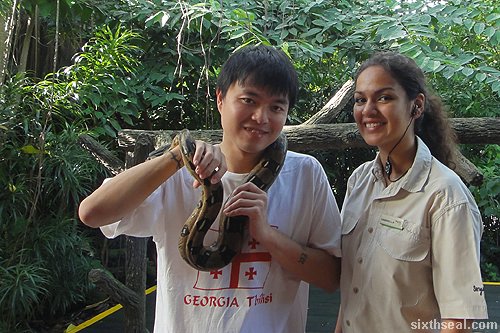 However, the highlights of my trip there were mostly towards the arts and theater scene that Singapore has to offer. I bugged Kristine to organize my itinerary around this show by Yukichi Matsumoto which I have been itching to catch. It showed at the Singapore Arts Festival 2011 and this is the first time the Ishinha theater group has done a performance outside of Japan. 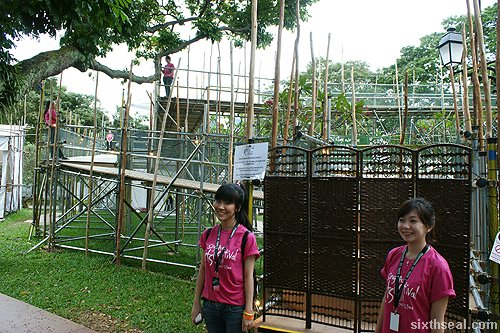 Ishinha has very high standards for their stages and choreography. They build the set and props themselves and they’re quite partial about how it turns out. It was one of the most amazing shows I’ve ever seen. It’s held outdoors and I love the passion they put into their work – “This is a rain or shine event”. 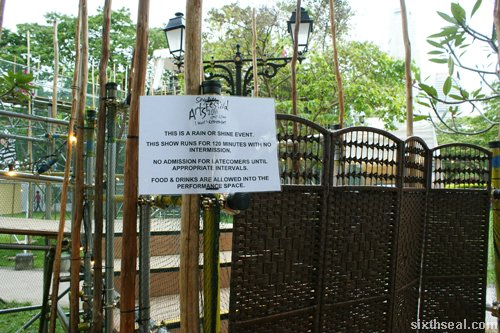 I expected this to be a niche show but I was surprised to see the packed. There were two Japanese men seated to my right and a bunch of Caucasians on holiday on my left. The seats are stadium type wooden boards – no frills but we managed to sit very comfortably by NOT sitting on the seats itself but on the one below you and using your seat as a backrest. 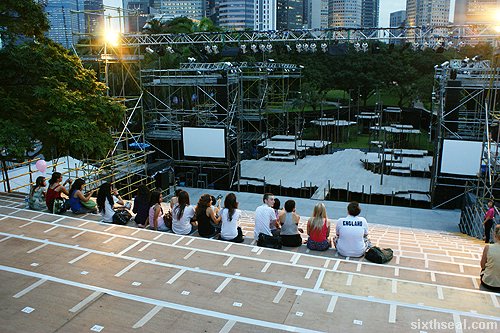 I can’t credit myself for that though – the bunch of Caucasian ladies started sliding down and I thought that looked like a mighty fine position to be sitting in. You’re not disturbing anyone and your chiropractor would thank you for it. It’s all about the back support. Thus, I slid down as well and the woman grinned at me and said “It’s much more comfortable this way, eh?” 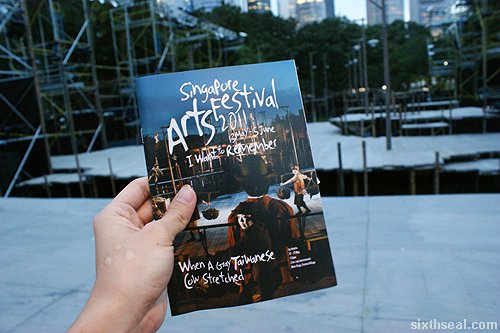 When A Grey Taiwanese Cow Stretched is a 120 minute performance with no intervals. You have to come in before it starts or the doors close. That’s the way to go about it. No disturbances from late arrivals.

I was actually very surprised by the performance. I expected it to be good but it just went and blew my mind. 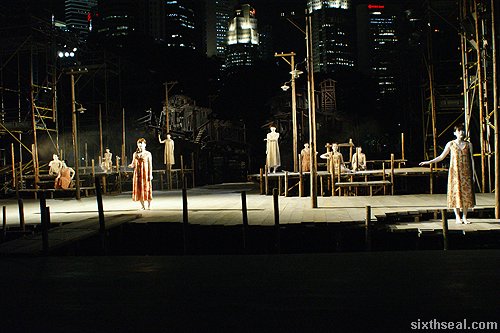 The stage structure is built in front of a city landscape which is integral to the story as a juxtaposition. When A Grey Taiwanese Cow Stretched explores a lot of themes from migrants, to the war and occupation of Japanese troops and how it affects their people. It’s all in Japanese and there’s subtitles to the side but what I really enjoyed was they way it was performed.

In lieu of dialogue, they use a form of rap to communicate. Known as Jan Jan Opera language, it’s a kind of Osakan street rap – it goes from a rapid staccato to a slow, ponderous chant. It’s quite unique and a very effective way to get the narrative across. 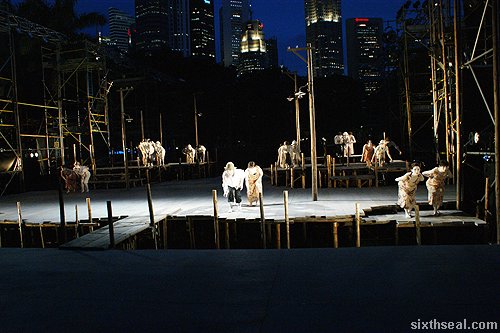 It’s a very intense performance, especially if you have good seats (Thanks Kristine!). Don’t be surprised to see a troop of performers staring you down and intensely shouting about the pain they feel. One particular bit of dialogue that I found very well executed and poignant is:

You had affairs!
South American women.
With big bottoms!
Did you notice their breasts?
Shangri-la.
Paradise, isn’t it? *sarcastic

I just wish I had enough money leftover to buy the soundtrack, it’s definitely worth it. 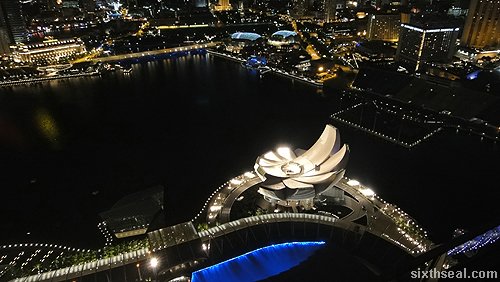 I also visited the ArtScience Museum for Salvador Dali’s work. The museum is shaped like a lotus (though some say it looks like a baseball mitt, including myself) and it’s actually quite vast inside.

I don’t think captions would do the great man’s work justice so I’m just going to post up the photos: 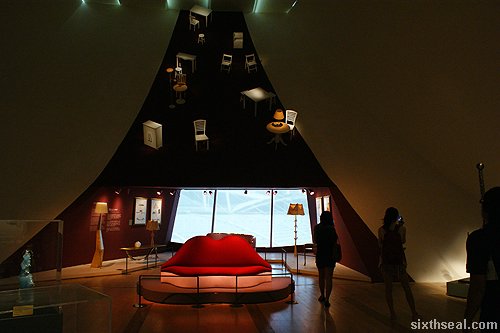 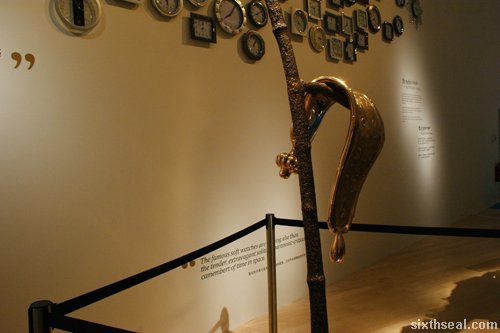 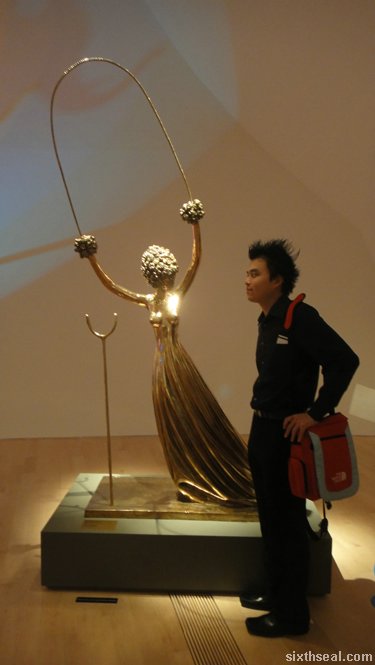 The other thing that I really enjoyed was The Lion King at Marina Bay Sands Singapore. 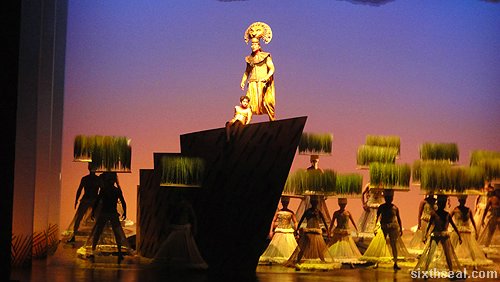 I’ve seen the West End production but the Singapore one was even better. The acoustics and the seating arrangements beats the one in Lyceum Theater near Convent Garden.

I also loved how they localized The Lion King Musical with a sprinkling of Mandarin and references to the Merlion. Don’t expect them to break into a refrain of “The (Mer)lion sleeps tonight” but there’s enough little touches that differentiates it and it’s an awesome performance by a new cast assembled from around the world. 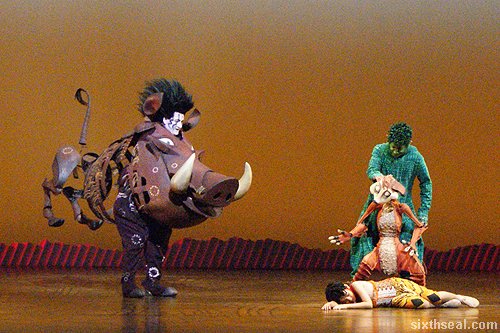 Now, why don’t we get all this stuff in Malaysia? Oh well, at least I can visit Singapore instead of flying all the way to London next time I want to see a good theater performance. 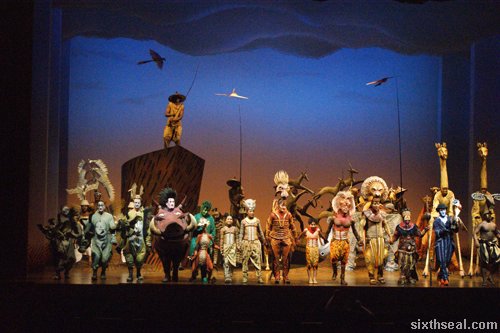 Oh, by the way these are some of the upcoming performances in Singapore:

If you’re interested in all that Singapore has to offer, hop on over to YourSingapore.com where there’s something for everyone!

23 thoughts on “WAKE UP AND SMELL THE COFFEE!”