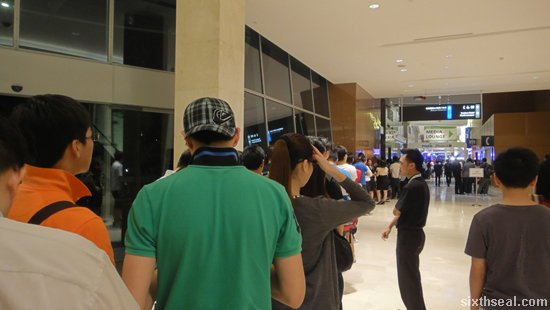 Just look at the queue lining up for the iPhone4S! 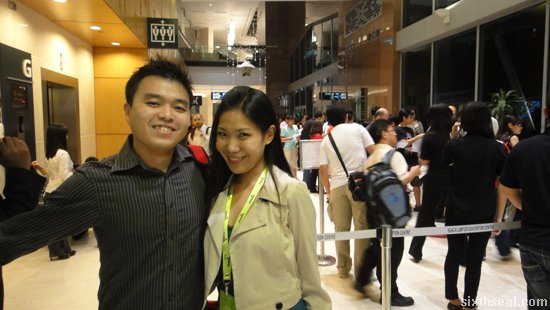 I’m just glad I’m on the right side of the barrier. Media pass from Steph. 😉 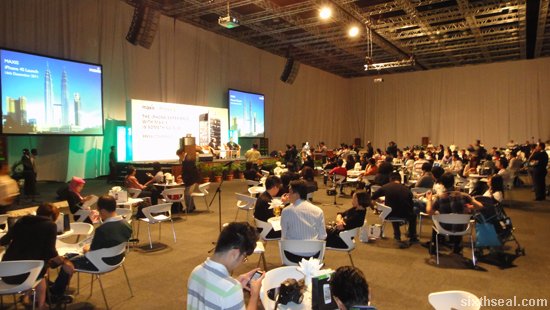 I was at the launch of the iPhone4S by Maxis on the 15th December 2011. The phone is due to be released at the stroke of midnight. 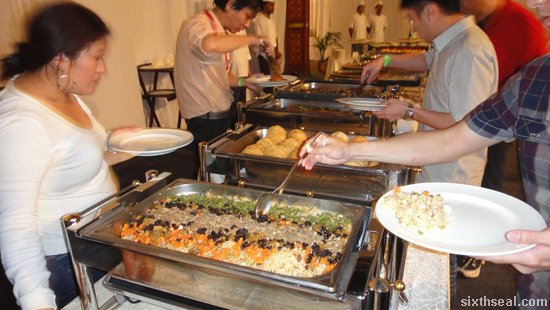 There was a press conference followed by dinner at the media lounge. Good thing too, haven’t eaten anything the entire day. #storyofmylife 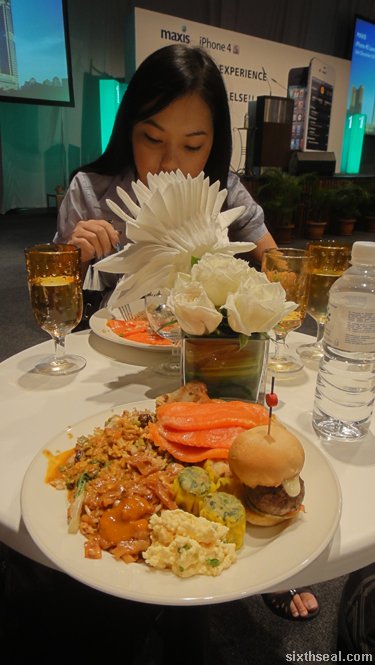 I really liked the rice with sprinkles of raisins, bits of meat, veggies and other assorted stuff on top. Oh and if you’re wondering where the smoked salmon went, I ate most of it.

There you go, your burning questions answered. 😉 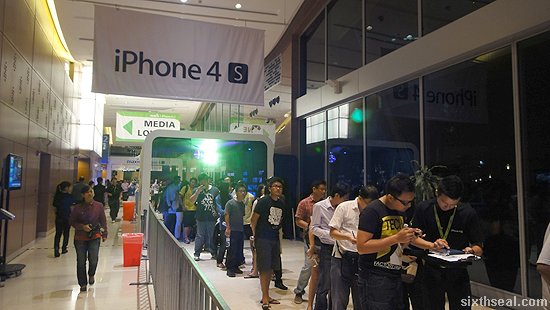 Anyway, I went back out to check on the line and noticed that Maxis had small enclosures to entertain people at various checkpoints. I thought that was an excellent idea! 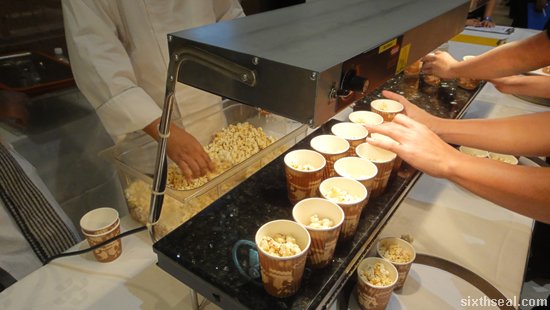 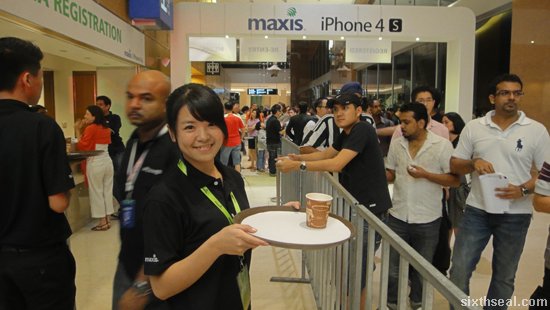 They were handing out water and popcorn to the people queuing up for the iPhone4S. Very nice touch, I really liked that. 🙂 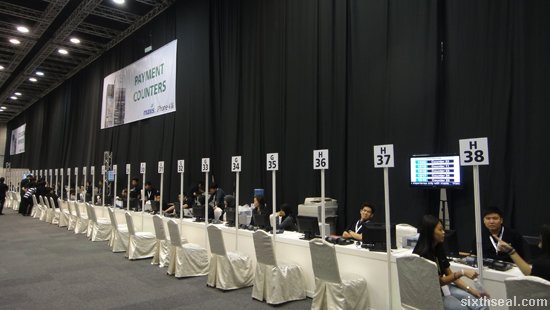 Efficient. Counters for payment and collection all set up for the horde. 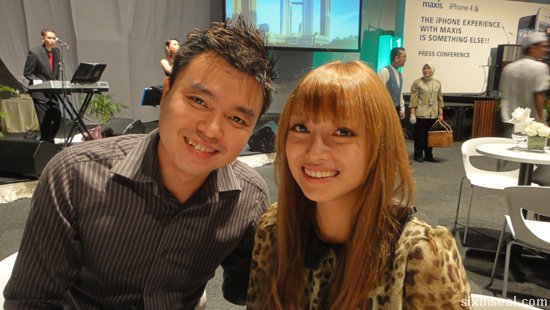 Aud was there too! 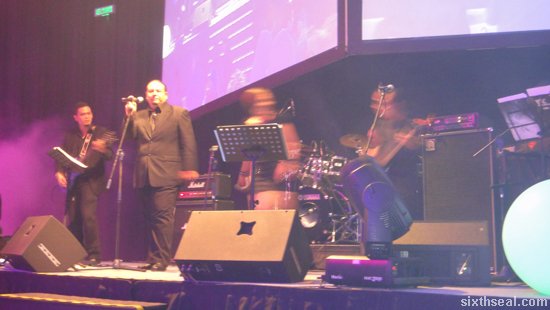 We headed to the VIP lounge where there were drinks and performances. The band that was playing was amazing. Hit after hit of cover songs. I want them to play at my wedding. 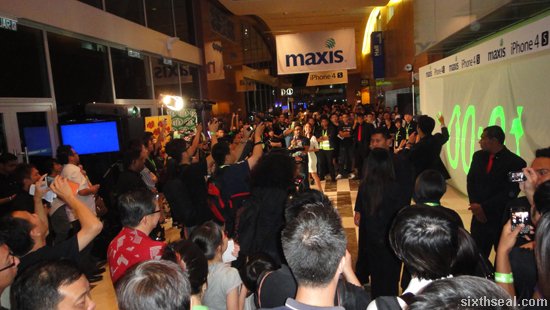 Countdown for the iPhone4S launch. I got it at the 1 second point. #champion There were the first 40 people who will be the first in Malaysia to get it and somehow… 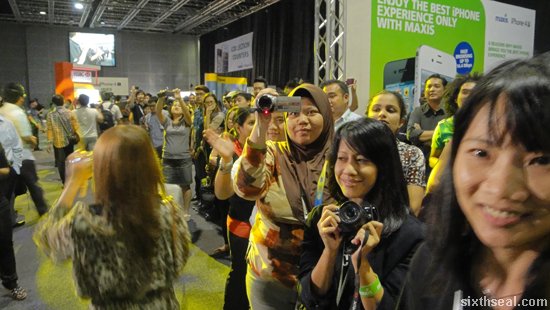 …we ended up *behind* them and everyone thought we were the lucky 40. There were people cheering at me, taking photos, and giving me high fives. 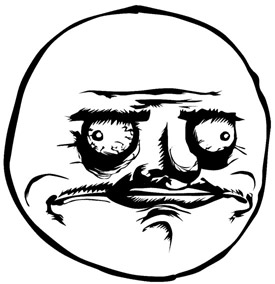 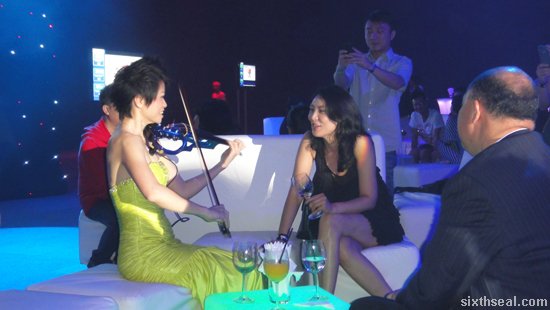 Anyway, Maxis has some great plans for the iPhone4S – you can check it out here. It starts from RM 100 and during the press conference it was mentioned that they have enough units for everyone. Thus, the answer to the post title is – You don’t have to wait. 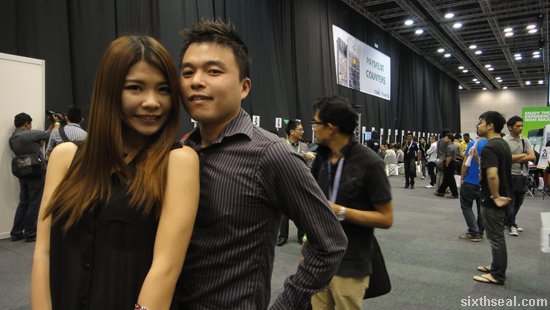 Maxis also has an awesome new iValue plan with the highest combined mobile and WiFi 11 GB data plan for us power users. 😀