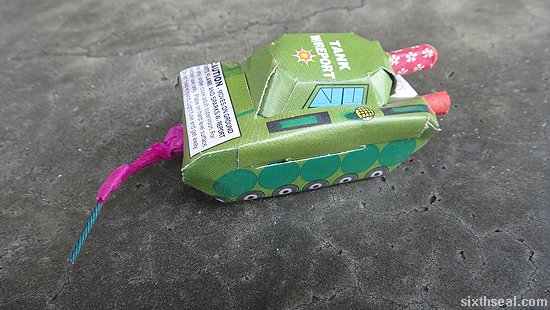 This is one of the fireworks that I used to play with when I was a kid. I haven’t seen it around for *ages*. The most interesting bit about the complex (in the sense that it’s not a simple salute) build is that it behaves more or less like a tank. 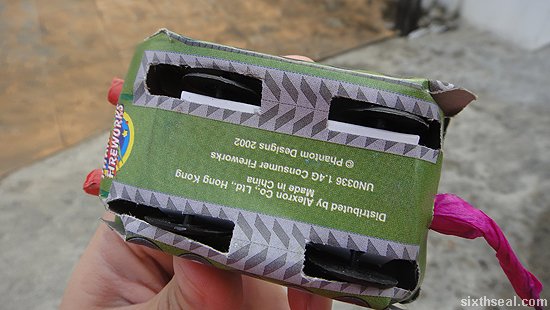 It has wheels that actually work and the fuse propels it forward in a surprisingly sudden fast turn and it emits a spray of sparks (which I imagine is the flamethrower) before the grand finale – at the very end the tank actually fires it’s main gun. 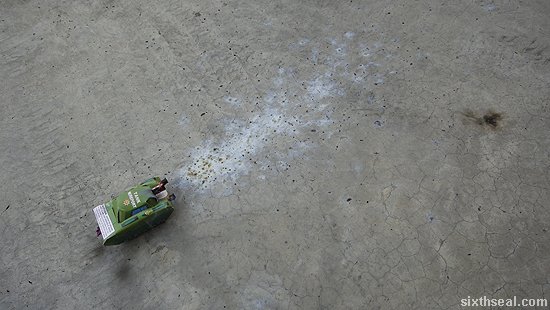 Tame stuff, but nostalgic. This cardboard tank spits out an arcing ball of fire which travels a short distance and explodes on the ground.

It’s very cute actually. The video shows the firework tank in action – during the heydays before the firecrackers and fireworks ban, there were lots of nifty and creative fireworks like this.

It’s the little tank that could. 🙂

18 thoughts on “Firework tank with report”