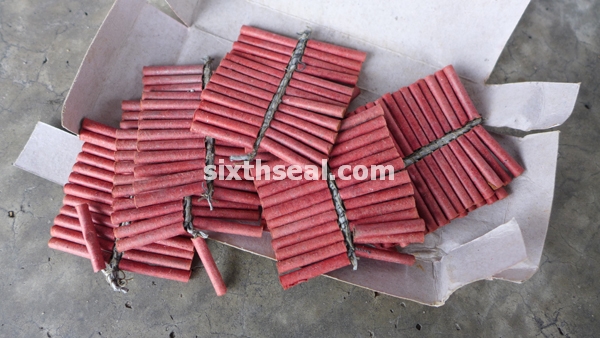 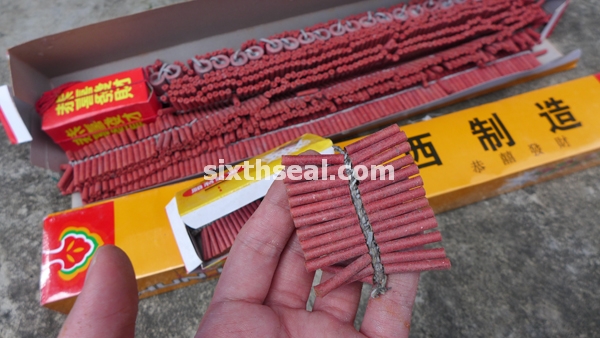 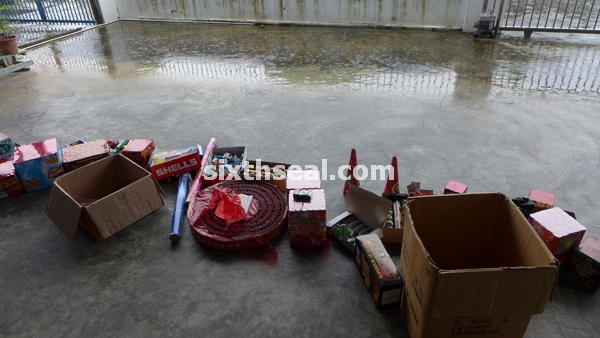 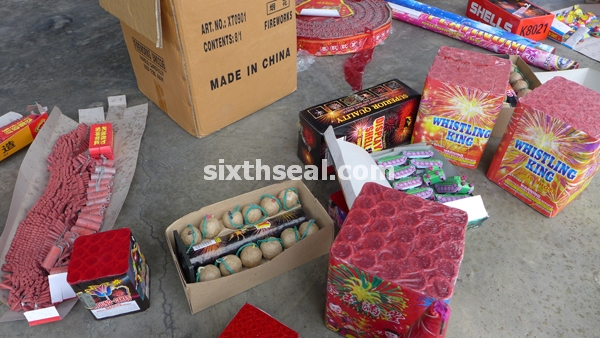 I decided to let a string of these small firecrackers off since some of them got soaked.

They went off alright but due to the close proximity, it *ignited* another string of firecrackers in the box. An act worthy of a Darwin Award mention – I did it so close to my entire fireworks and firecrackers stash. 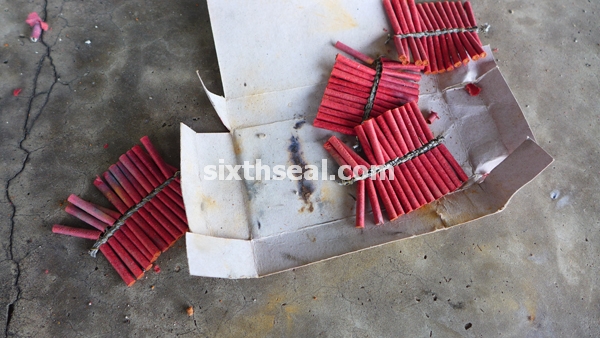 I don’t think I was thinking at the time.

This happened in 2006 when I played firecrackers indoors too.

14 thoughts on “Shun Lee Hung firecrackers a.k.a. How to set your house on fire”