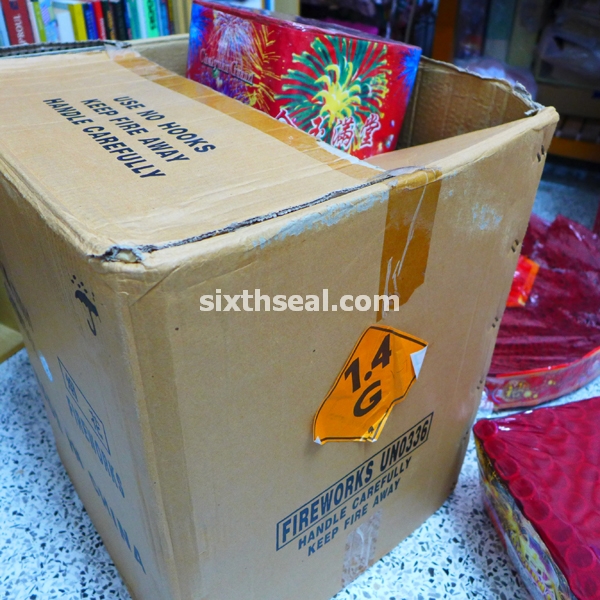 Here’s my first batch of fireworks and firecrackers which I got for Chinese New Year. I ordered them from KL last year – it’s cheaper to get them when it’s here instead of waiting till CNY itself. 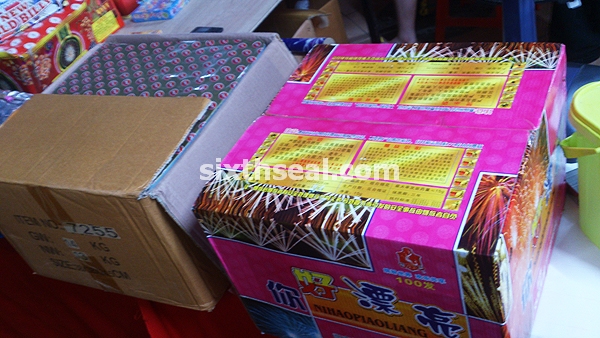 There are a lot of places selling it though – I bought some assorted interesting fireworks and was undecided between two huge fireworks aerial salute cake that I saw. There’s one with very nice packaging (the pink one) on the right, and there’s an industrial grade one on the left. 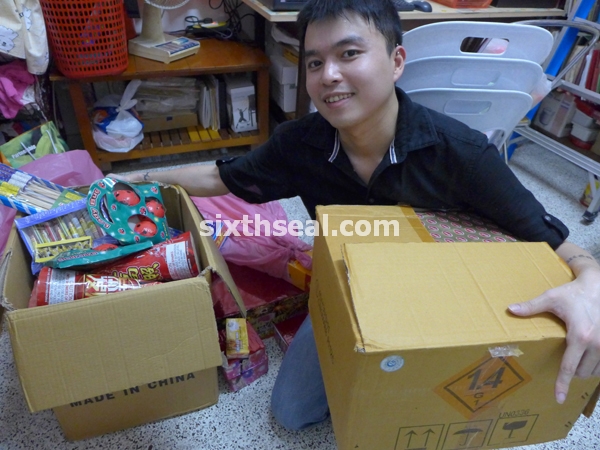 The latter has a larger mortar size though (which usually means higher and better starbursts) so I ended up with that one. It’s RM 300 vs RM 250 for the nicely printed box. It’s quite large – it’s just a single 100 shot fireworks cake and it’s sitting on my lap in the photo above. 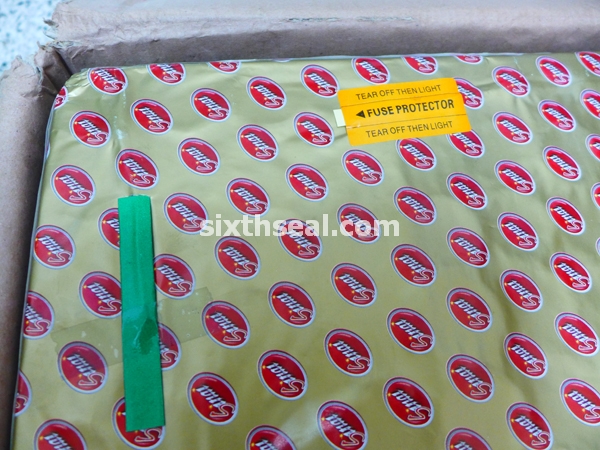 Just open and light it up! There’s a secondary fuse as well which is a cable tie/fuse contraption for use in daisy chaining several cakes up to go off simultaneously or in sequence, depending on how you link ’em up. 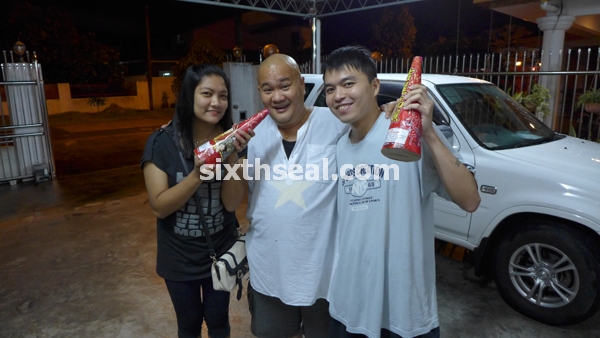 My friends dropped by with some fireworks as well – 12 inch (1 foot) fountains, which I’ve seen around retailing for RM 35. They got an entire box and passed me some of the 1 foot monsters which are popular and new this year. Last year the largest one was the Volcano fountain at 9 inches. 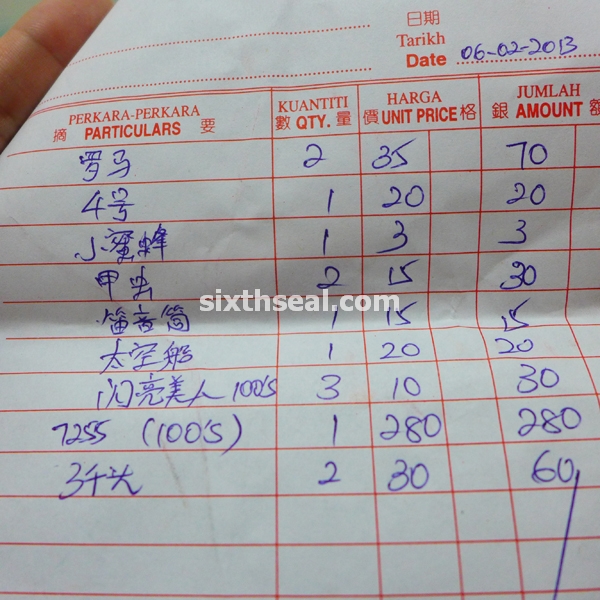 Here’s my bill from last night for the novelty and smaller fireworks purchases if you can read Chinese. I can’t. Heh. I know I got slaughtered on the Shun Lee Hung firecrackers though – can’t be helped, I didn’t buy enough for the traditional days where I do let ’em off. 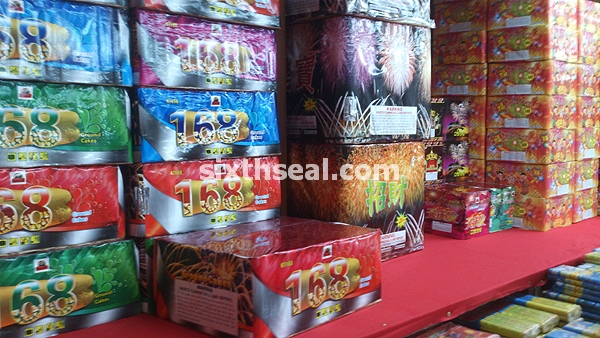 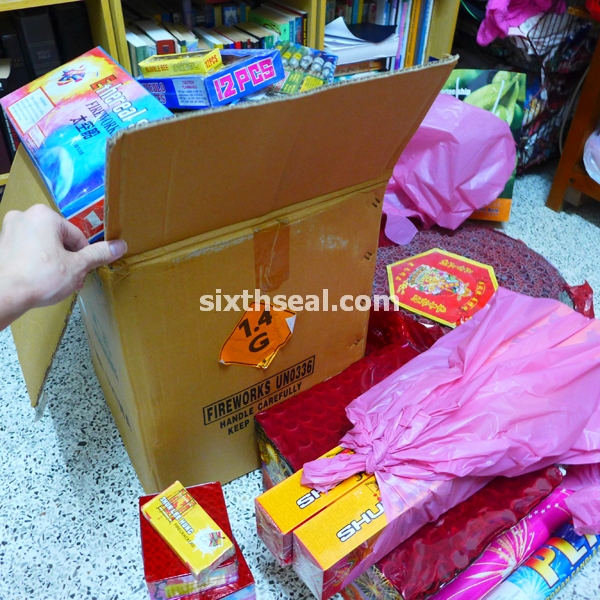 This is where I currently stand – better photos with everything when during the annual roundup but I’ll let some off first! 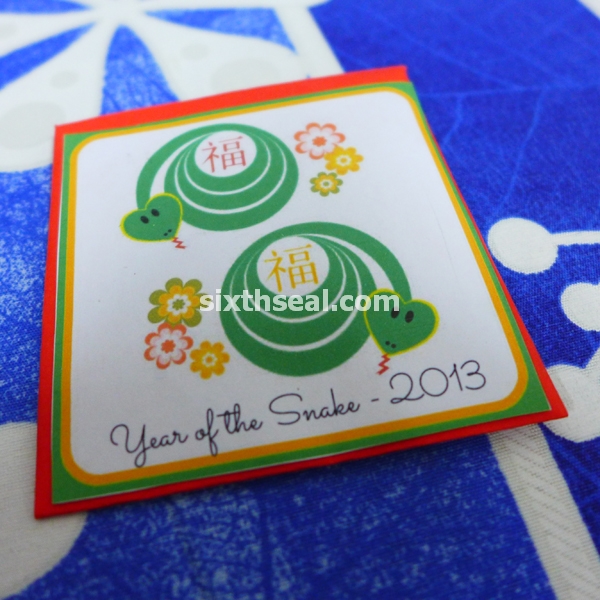 Oh, I also got an ang pow from Yee Ling! 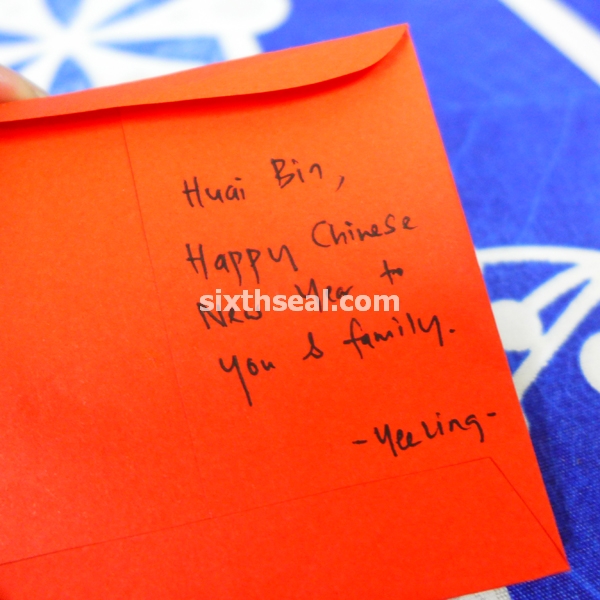 The angpow is handmade – very thoughtful and kind of her to send it over. Yes, it does contain money inside, making it my first ang pow of the year. Cheers Yee Ling! 😀 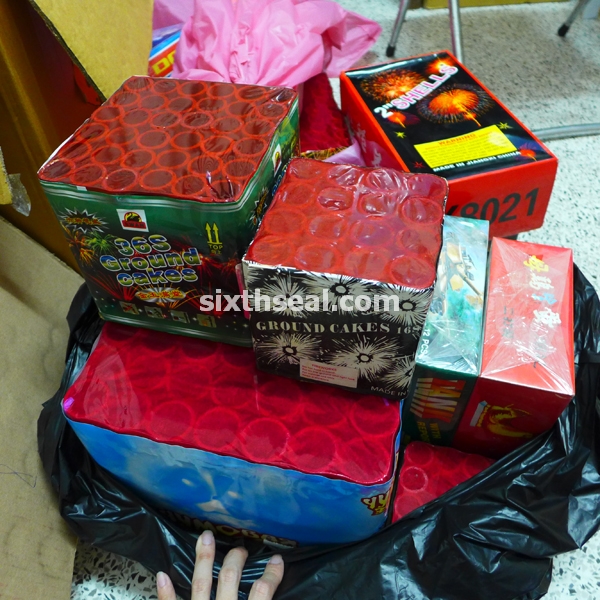 P/S – Just got another batch in. There’s daytime fireworks cakes in there too (bottom of the photo – blue colored cake). It’s going to be awesome! It’s meant for daylight use, will show you the principle soon! 🙂