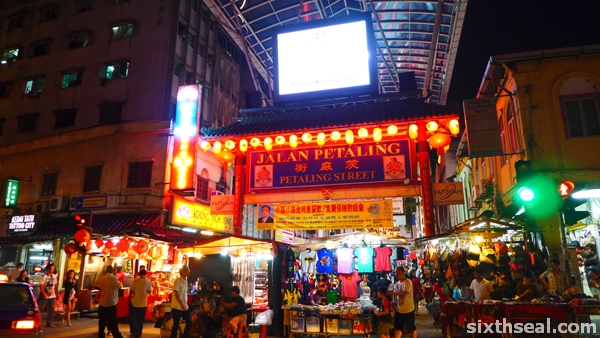 I was out here the night before I was supposed to fly back to get some last minute Chinese New Year goodies for Sibu. It was a real pain-in-the-ass to lug them all back coz most of them had to be carry ons so it’s a good thing I had this huge bag from buying CNY clothes that I chucked everything in. Heh.

Petaling Street was quite festive – lights were strung out and there were heaps of people out and about. 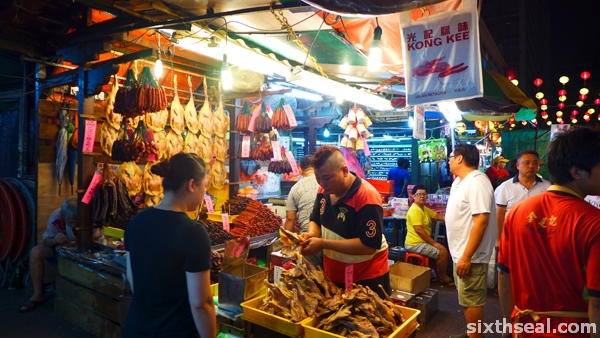 Waxed meat is a popular item.

I was told that you can’t get proper ngaku (arrowhead chips) in Sibu so I bought a couple of tubs. I heard that this place has some of the best ones around. It’s RM 13 per container, I don’t eat them but my sister says that my brother-in-law can eat one tub, no problems. They were trying to get some back from Singapore too. 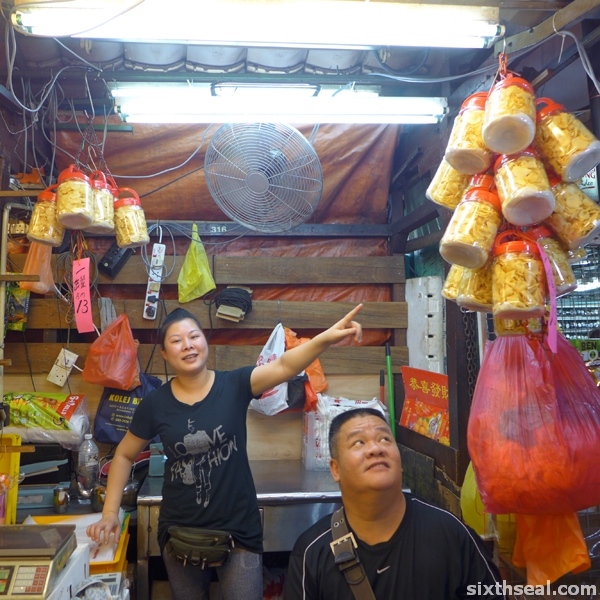 I also bumped into this intriguing shop selling candied vegetables. I was looking at them and the lady was kind enough to offer me lots of samples. I didn’t quite like any of the others except for carrot, peppers, lotus root and coconut so that’s the only four (4) types I got. 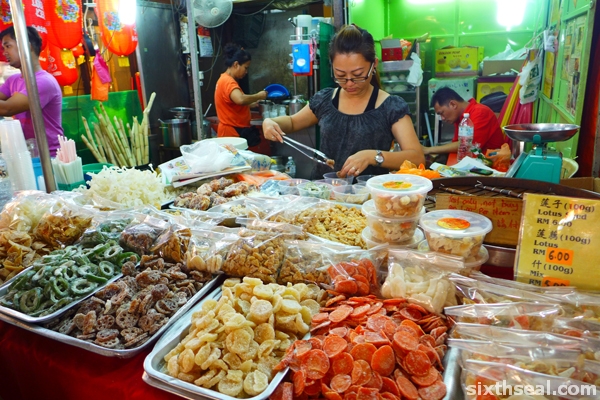 You can mix and match – it’s RM 15 for 200 grams (I think that was the price, can’t really remember) so I bought two small tubs back. 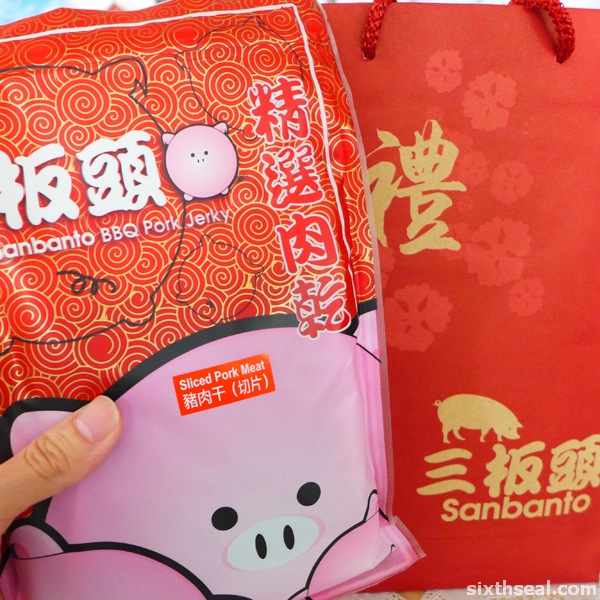 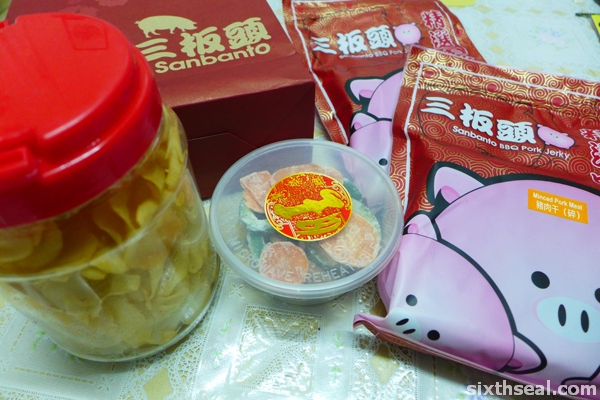 I’ve tasted them and was quite impressed – there are no preservatives so you have to eat them within 3 days once it’s open. However, each piece of ba kua is individually wrapped and there’s 500 grams of porky goodness in there.

I don’t usually like ba kua but this was made in-house and tasted so much better than the mass produced ones that I thought it’ll make a good gift. 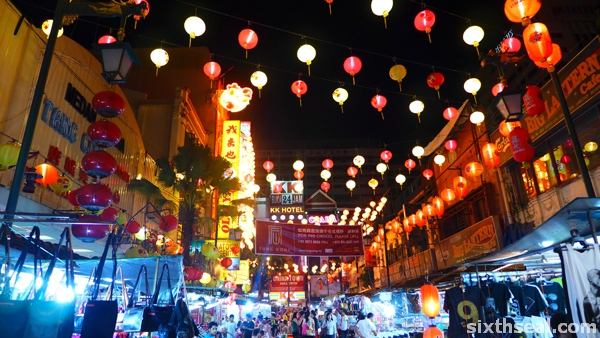 Next up! Fireworks and firecrackers for CNY! w00t! 😀