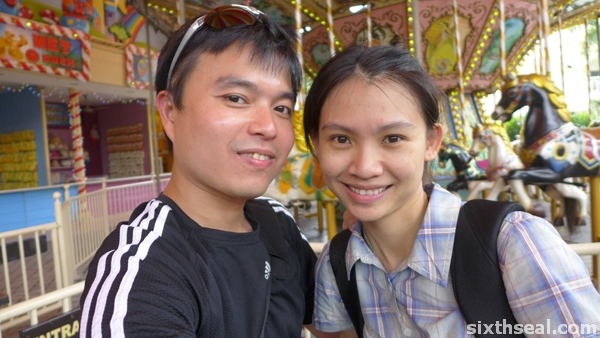 Took a day off and we all went to Sunway Lagoon. It was a really fun trip and very different from what I’ve done in the past. I can really get used to this though. 🙂 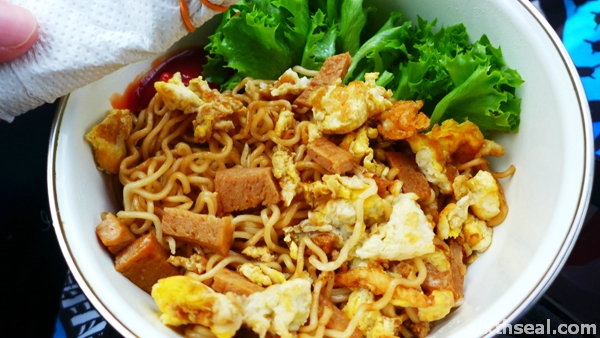 Ling had cooked some noodles for breakfast, which I ate in the car while she drove. She also put a little note in the carry bag, which I didn’t notice. It’s little things like this that makes her awesome! I got her an anniversary gift and she forgot, but you know what? She doesn’t need to coz every day is an anniversary for her, she gives me random surprises that makes me happy. 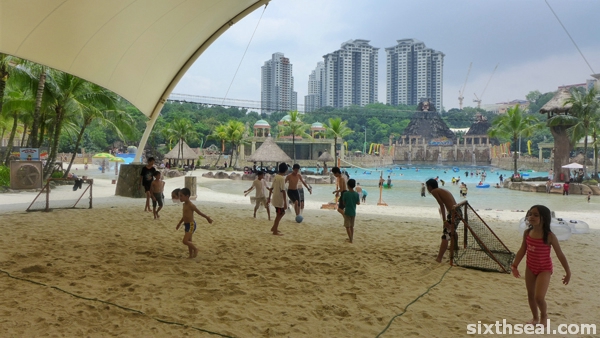 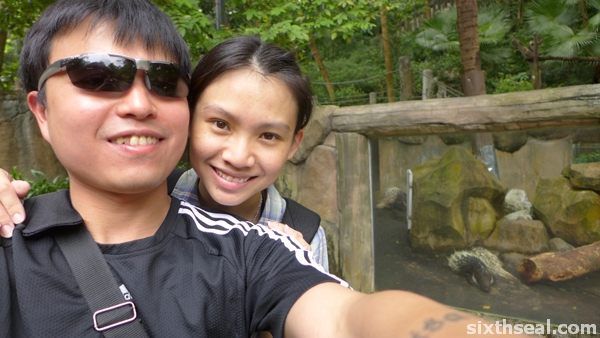 There’s a package for 2 adults and 2 children that came out to RM 275. 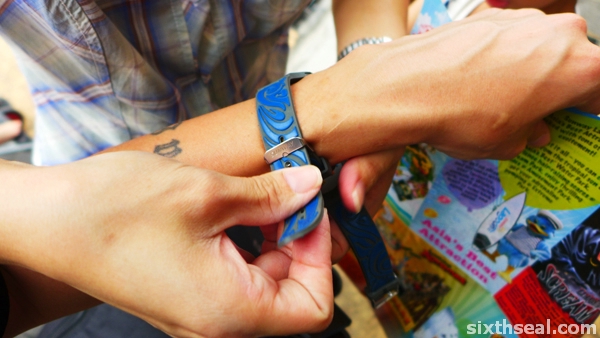 We went to the Wildlife Park. Feeding horses were on the agenda but we couldn’t find the horses. 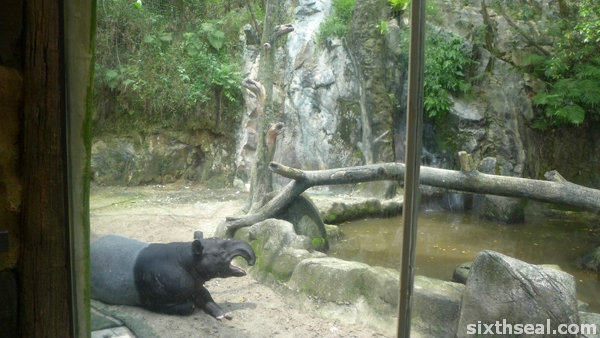 Going on the Volcano – a dry park ride with the big one. It was so much fun we went twice. 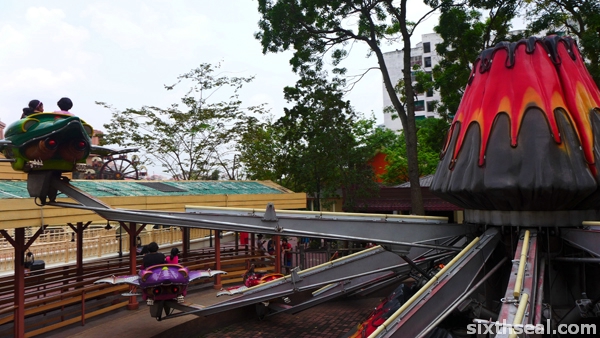 We still had our bags at that point – one small backpack for me and a large gym bag for her (which I both carried) and I had to sweet talk the operator to let us on. She didn’t allow it at first coz there was a “no bags” rule and no place to put them, but with my powers of persuasion, she relented and let us all through. 😉 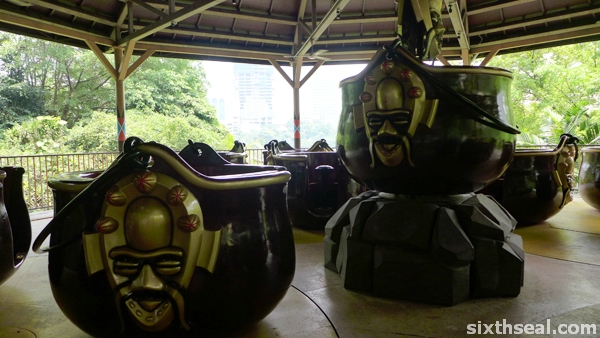 Next, we went on the teacups together, and spun around till we were dizzy. These are huge teacups which can fit 6 people if you squeeze. 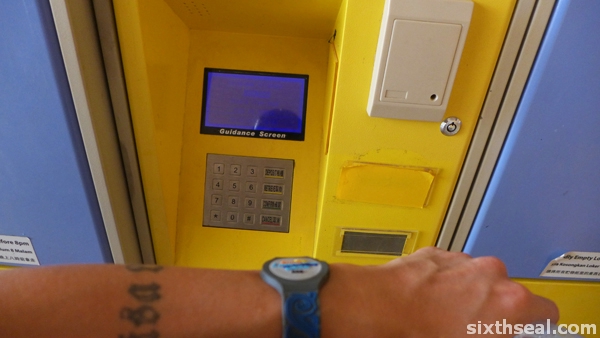 I finally got a RM 30 multiple use large locker to chuck our stuff in. Essential! 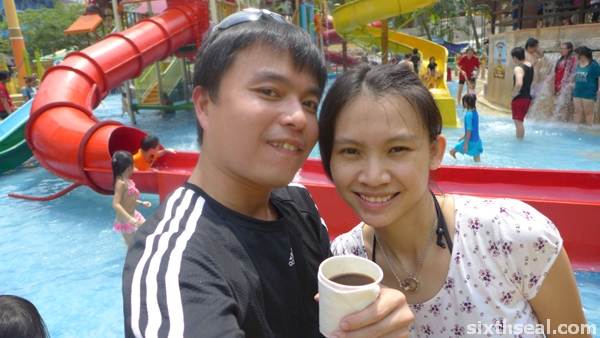 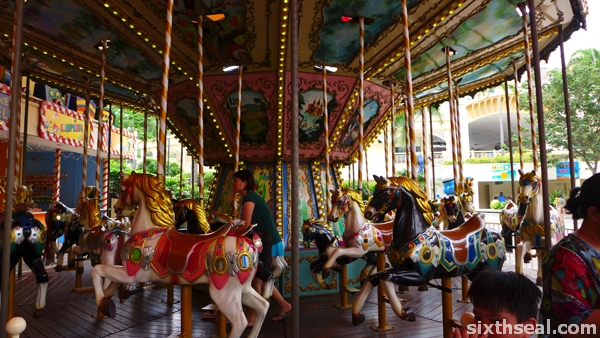 Those are the only two rides we took – spend the rest of the time at the water park. No slides though, we didn’t do what we want – we did what the kids want and I found that very rewarding in itself. The end result (i.e. seeing them happy) is the reward. 😀 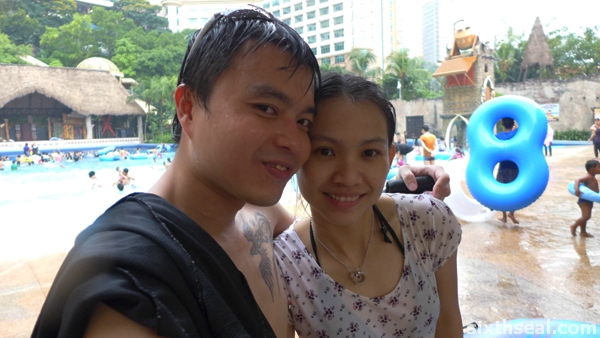 Rented a RM 20 two-person float and dragged everyone around the canal that rings the surf pool like a moat. 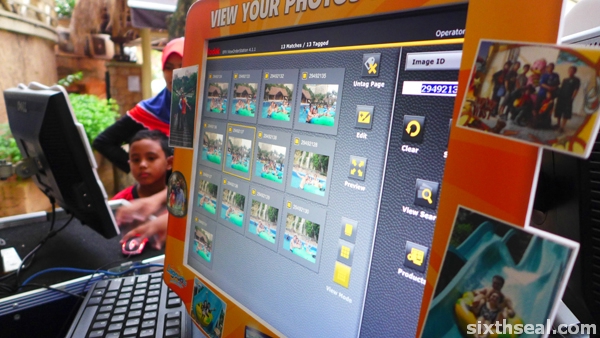 I also dragged everyone (since I was the only one who could swim) into the surf pool on the two-person float. There was this guy going around taking photographs with a waterproof camera and I wanted one to remember this day. 🙂 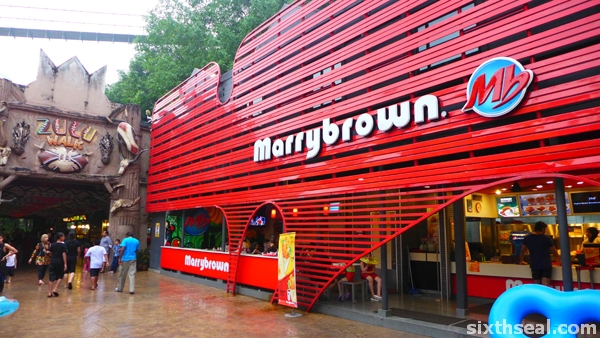 We ate a very late lunch at Marrybrown (fast food again ;)) and I got a very irritable server who didn’t seem like she wanted to be there. I put up her with for the big one and then got so annoyed I asked her what her problem is, and gave her a very stern lecture about front line customer server, to which she immediately backed off and started apologizing. 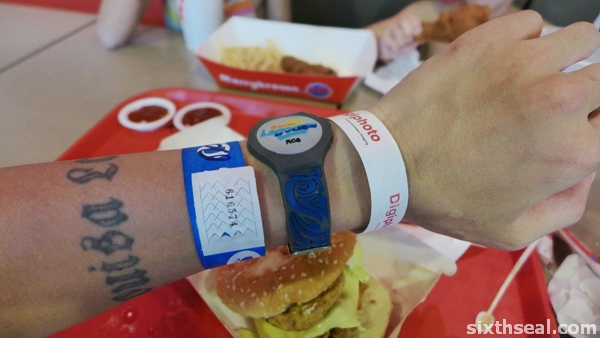 I hate people like that – they’ll give you all sorts of body language and indicators that they don’t want to serve you, included the furrowed brow and tsks of annoyance but once you confront them, they are timid mice. She kept on apologizing to me but I bet she’ll do it after a while to the next customer. 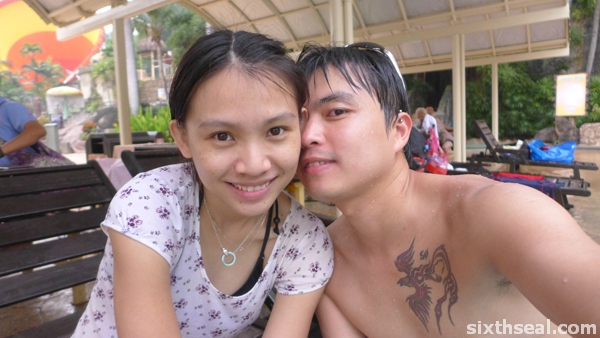 Anyway, all is good, we got our (dubious) nutrients and headed off for more swimming! 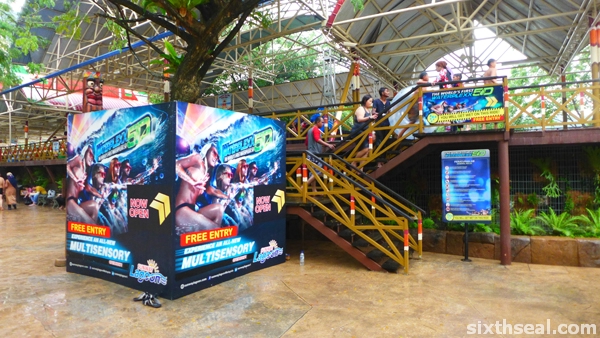 Oh, and the big one was tall enough to go to the new 5D Waterplexx (supposed to be the world’s first) but the little one wasn’t so I took her to watch it while the girlfriend took the other back to the surf pool. It’s quite an experience – 3D, with motion chairs and sprays of water. The big one got so scared she didn’t want to look at the screen and was pulling my hand across her eyes. 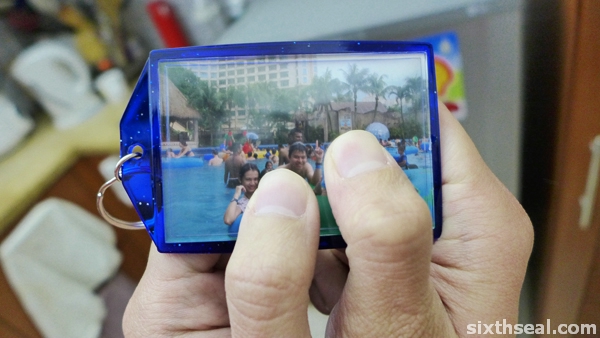 I got souvenir photos of the day out too! Bloody rip off prices but damn worth it! Everyone got a piece to bring back of our first trip out together – mine was a keychain. 🙂

32 thoughts on “My first day trip with the M&Ms”