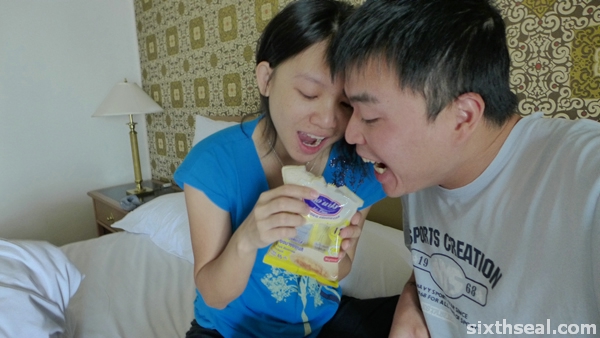 Sawadeekap! I’m in Bangkok, Thailand! Six of us flew in late last night – it was supposed to be a couples trip planned after a HCMC trip was cancelled. We’re staying at Indra Regent Hotel, which is just a stone’s throw away from the overrated and commercialized Platinum Mall. 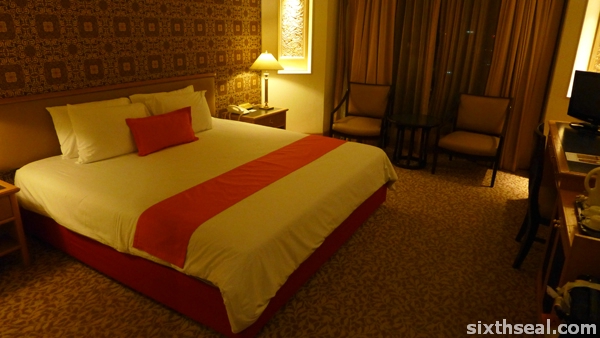 Oh! I’ll tell you an funny incident last night. I was going through airport security, and took off my belt to go through the metal detector. I don’t know what happened, but it must have been stuck in the machine coz I didn’t see it – worse – didn’t realize it until the plane landed in Bangkok, I reached to tighten my belt… 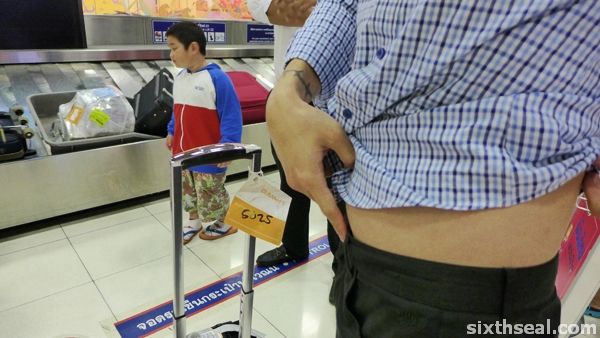 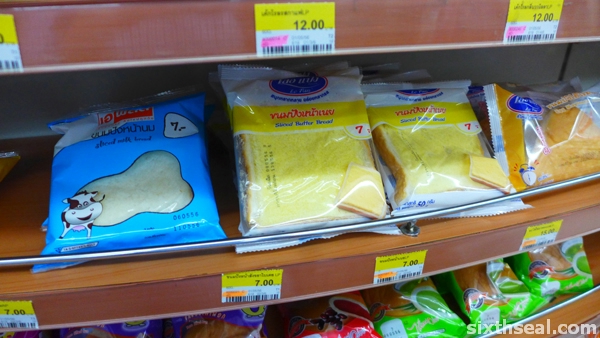 Anyway, we hit the local 7-Eleven opposite the hotel as soon as we finished checking in. The 7-Eleven over here is really quite good – it has a lot of interesting stuff and it’s cheap! 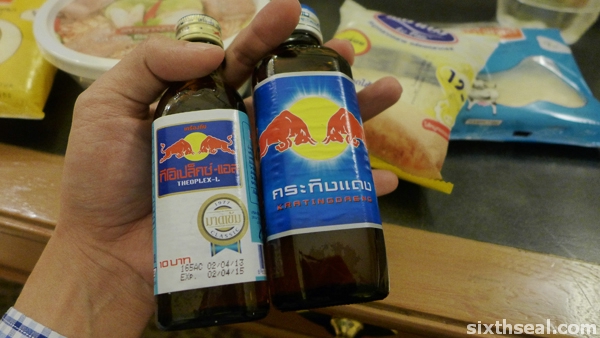 The Red Bull over here is particularly cheap – all of them going for THB 10 or less. That’s about RM 1 – a price which you’ll be hard pressed to find in Malaysia! In fact, I paid less than the equivalent of RM 10 for all my purchases! 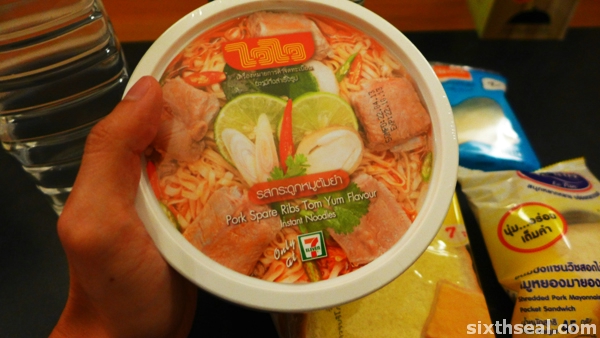 There’s a lot of nice pork wares too – even the store branded instant noodles is Pork Spare Ribs with Tom Yam Flavor. It sounds very Thai. 😉 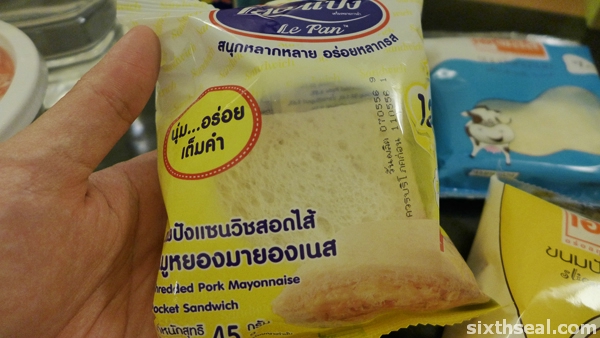 We had this Shredded Pork Mayonnaise Pocket Sandwich for breakfast just now. THB 12 or RM 1.20 for a sandwich stuffed with pork floss and mayo with the edges (crust) sliced off, just like your mom used to do for you when you were a little kid. 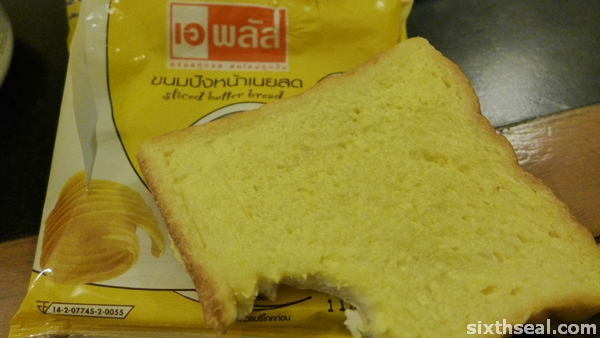 I also found this interesting bread product that goes for 7 baht each – around RM 0.70. I don’t know how to translate it properly coz the writing is all in Thai. It’s just a slice of bread with either butter or milk spread on top but it’s super delicious!