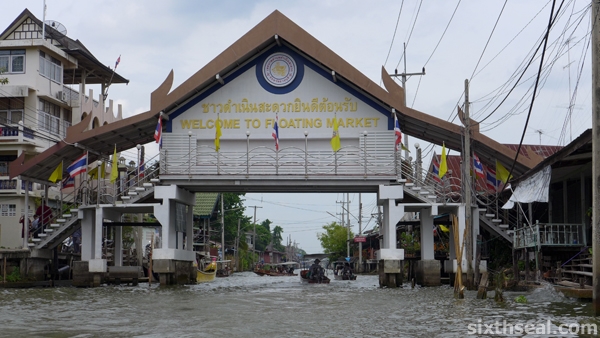 I have vague memories of people being scammed at the Damnoen Saduak floating market in Bangkok but never really researched it. Thus, when our taxi driver offered to take us on a full day tour for just THB 1,200 (RM 120), I didn’t bargain and thought it was a pretty good deal. 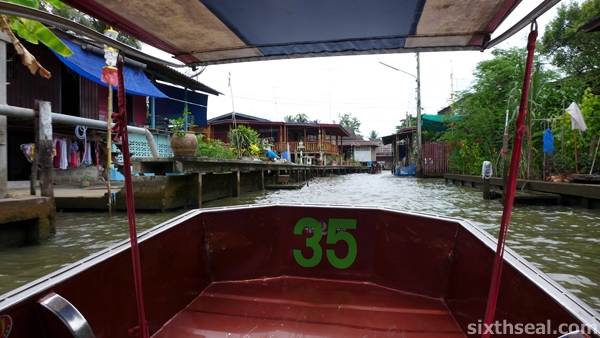 I didn’t want the extras, I just wanted to cram in two floating markets (Tha Kha and Damnoen Saduak) for the day. It takes about 40 minutes to an hour to reach the latter and there’s a reason the taxi driver gave a lot of excuses not to go to Tha Kha (it’s too small, you won’t like it, etc). 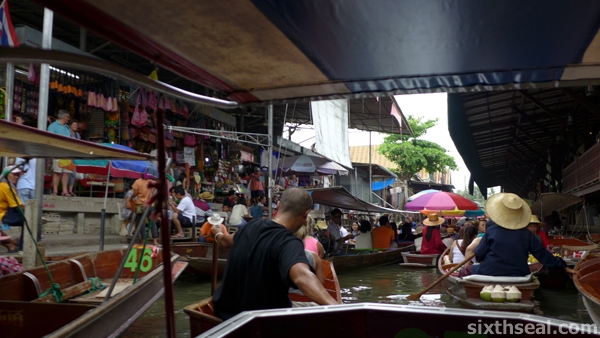 Damnoen Saduak floating market is basically a well known tourist trap. It’s what you see on the postcards and has lost it’s original meaning of being a floating market for locals but rather a scam to bring tourists there for the same trinkets and souvenirs you’ll find on the streets of Bangkok. 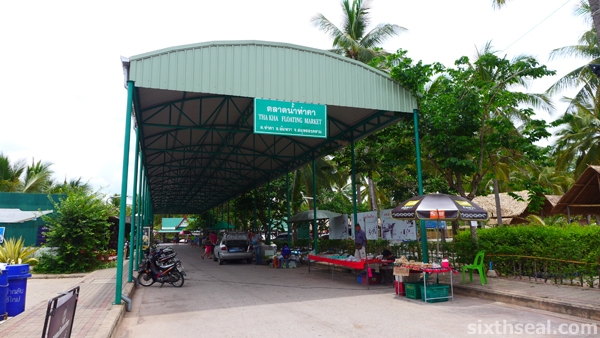 Tha Kha floating market is the one that locals go to. 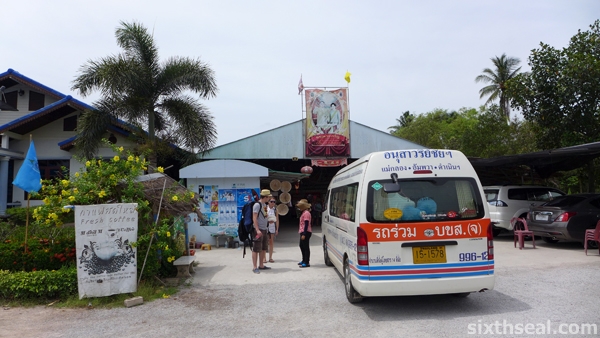 Unhappy tourists who were conned before us

Anyway, the way the scam works is that taxi drivers offer you a really good price for a day’s tour (you can hire the cab to go anywhere for the day) and bring you to a pier where you’re forced to take a boat tour. Our driver kept insisting that there isn’t a way to go to the big Damnoen Saduak pier, which isn’t true as we found out. 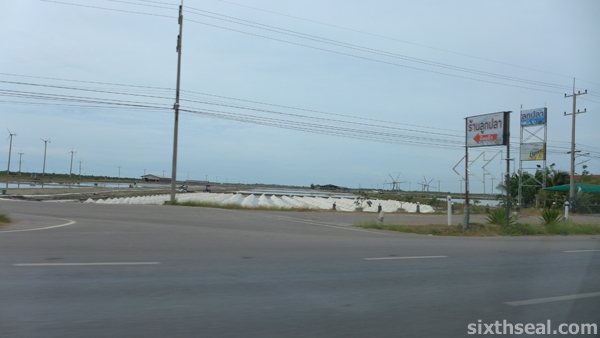 It took us an hour and you can see lots of salt flats where they farm salts on the way to Damnoen Saduak floating market. It’s quite interesting to see the locals harvest salt and sell it in bulk by the roadside. 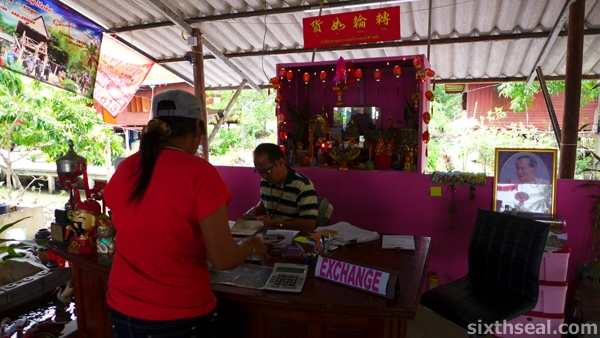 We got shuttled to Shang 2 Pier. I later found out that there are heaps of “private piers” like this one – they arrange a commission with the cab drivers to bring tourists here. A woman immediately approached us as we pulled in and told us it’s THB 3,000 per person or THB 5,000 per boat for a 1 hour boat tour of Damnoen Saduak floating market. 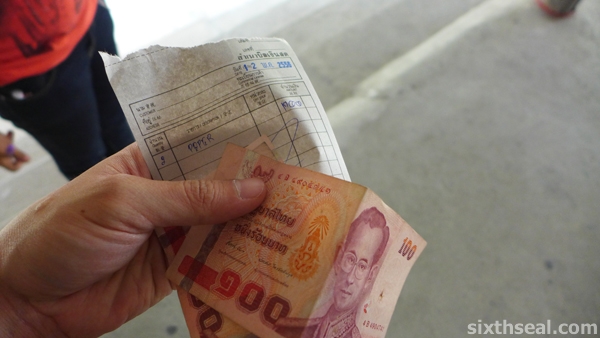 I said no way and walked back to the taxi driver and told him to bring us straight to the Damnoen Saduak floating market pier. He kept insisting that there’s no roads to go there except by boat. His English was pretty bad but I told him I don’t want a boat tour and finally the woman (who followed us over) said she’ll do it for THB 2,000 (about RM 200) per person.

That’s a ridiculous price and not knowing if there’s actually a way to the pier of the Damnoen Saduak floating market, I finally bargained with the woman and got us a covered motorized boat for a 1 hour tour for THB 1,700 (RM 170) per boat. 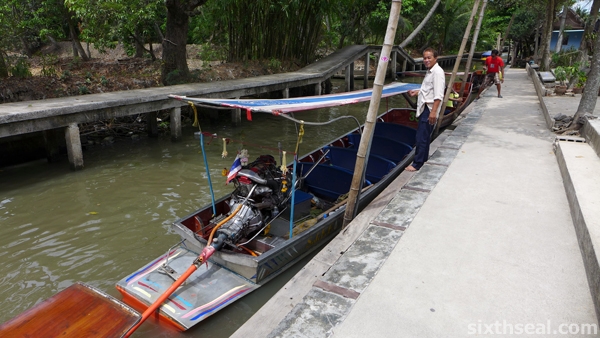 I realized later that we could have gotten it for much cheaper had we bargained more but there’s no way out of this scam, the driver will just drive you to different “private piers” which are just fronts for scamming people into expensive boat tours. 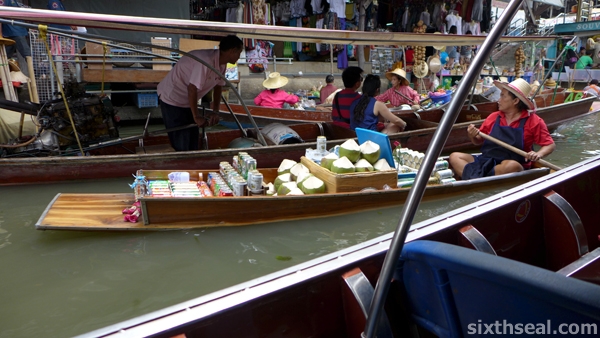 The driver of the longboat to Damnoen Saduak floating market was nice though and even helped us take a photo (which we learned some other less scrupulous drivers will charge you for). 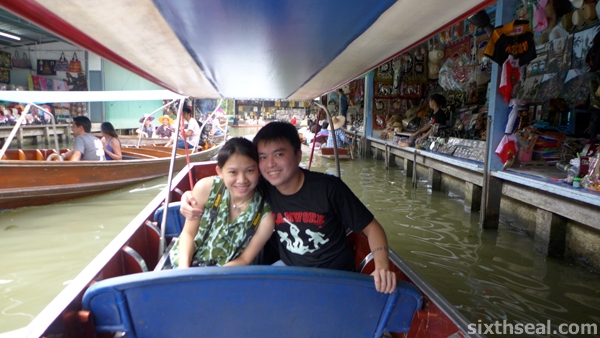 Damnoen Saduak floating market is a tourist trap but it’s worth a visit for the experience if you don’t mind paying the over-inflated price. It’s like the Venice of Asia with the canals and waterways. The shops are right beside the canal – it’s now concrete after the tsunami and floods but still interesting to see shops where you literally have to row up to. 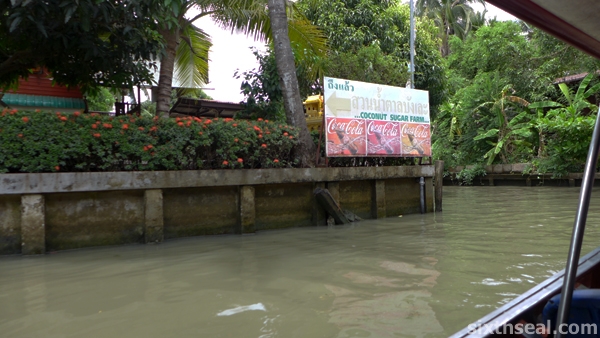 There are also various boats selling food and a coconut sugar farm inside. 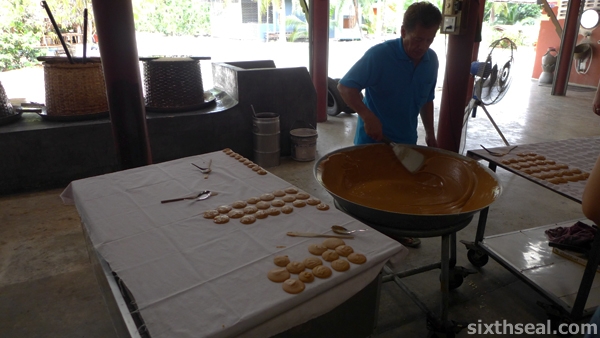 I liked the coconut sugar – it’s exactly like those brown sweets from primary school except this is a large, hot wok and the taste straight from the paddle is incredibly sweet and nostalgic. They also offer a tour of the coconut factory but we didn’t go for that one.

It’s quite a nice experience sitting in a boat while traversing the waterways of Damnoen Saduak floating market but getting scammed into the boat tour took some of the fun out of it. You can get a (much) cheaper boat hire by getting to the Damnoen Saduak floating market pier itself. The pier bit in that last sentence is the most vital part – that’s where the regular boats depart. 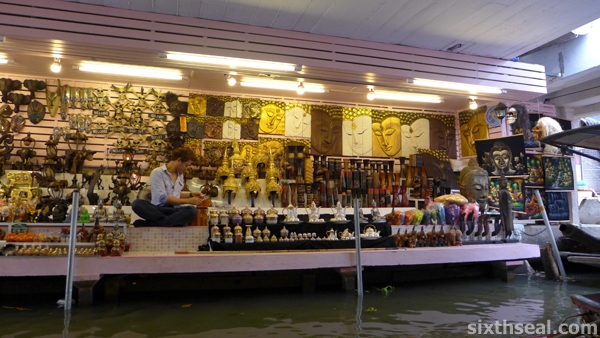 I hear it is near impossible to get a taxi to go to the pier itself since they have lucrative deals to scam tourists into the private piers for the commission (the lady consulted with our taxi driver on the THB 1,700 price before agreeing). There are also tours which scam you into the private piers so be careful of that. 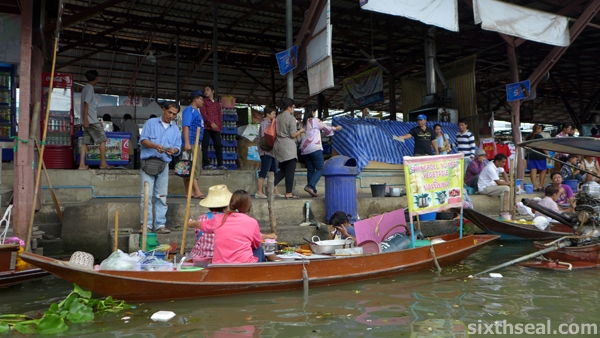 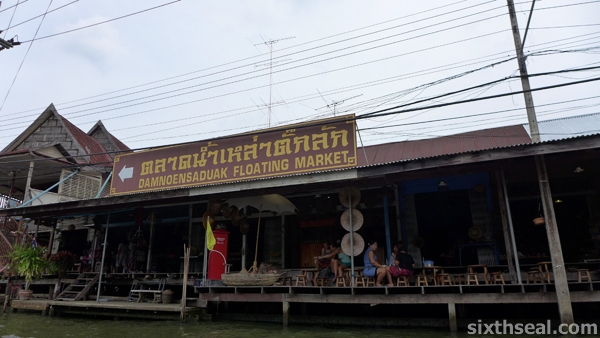 That’s a huge difference from THB 1,700 and closer to the real price. Tha Kha is more of a pier and not the postcard picture perfect floating market you think of but it’s a nice market where practically no one speaks English and meant more for locals. It’ll be hard to convince a taxi driver to go there though. 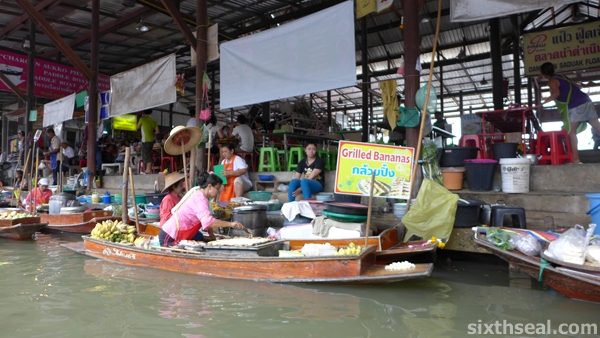 Ours didn’t want to go to Tha Kha at all until much coercion and asked for THB 100 for lunch which I absolutely refused to give after the scam he pulled. I only gave it to him when he said it’ll come out of the THB 1,200 price we agreed upon (e.g. I’ll just pay THB 1,100) coz he didn’t have any money for lunch. 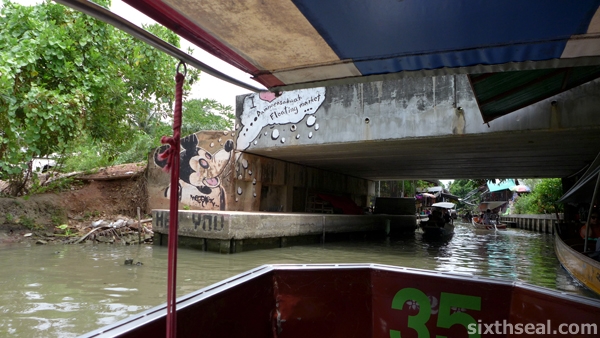 When it was time to go back, our taxi driver put the meter on so I thought he wanted to scam us again (it’s THB 2,000 from Damnoen Saduak floating market to Bangkok if you follow the meter) but I was quite hostile to him and paid just THB 1,100 and left. 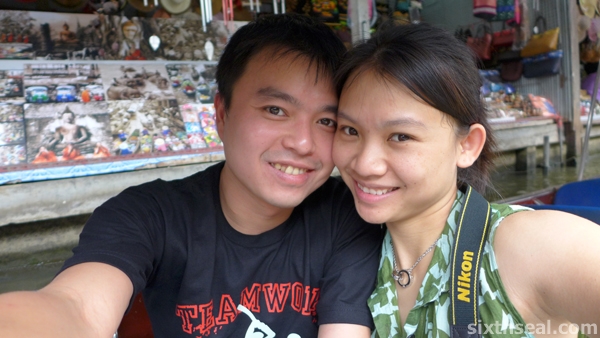