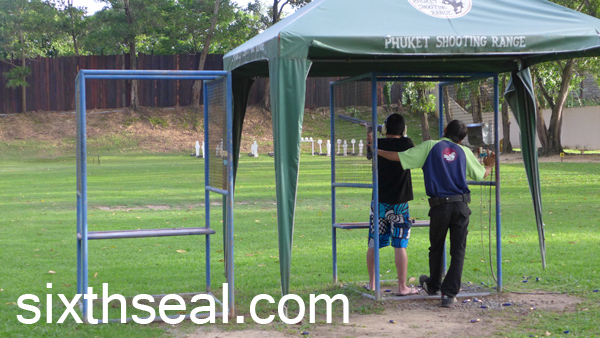 I went to the Phuket Shooting Range yesterday to get some range time in. I haven’t shot a firearm since my initial foray with a .357 Magnum revolver, 9 mm and .45 caliber semi-automatic handguns while I was studying in Melbourne. 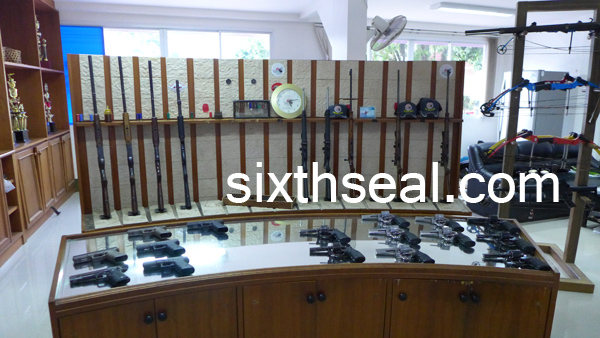 I went quite often after that and got a license to own but I heard it’s a perishable skill – if you don’t practice often, you won’t hit the nice grouping you used to be able to do when you went every other weekend. I also…er, examined an Steyr M9 pistol while I was in Malaysia but I wasn’t interested in handguns this time and wanted to shoot a rifle instead. 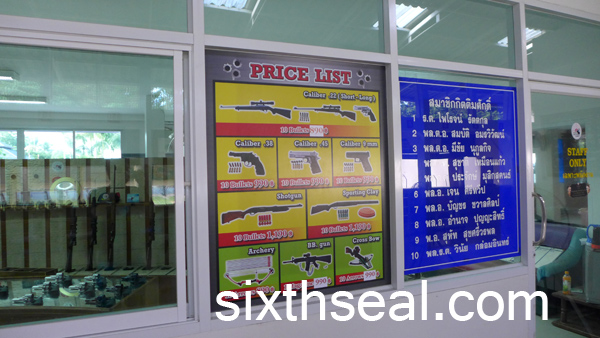 Phuket Shooting Range had a great package for a .22 caliber long rifle with sights for just THB 890 (about RM 90) for 10 bullets. You can get a semi-automatic or fully automatic (!!!) rifle with a scope for indoor shooting and I was sorely tempted to do this but unfortunately I only had 15 minutes since the girls wanted to go catch the sunset. 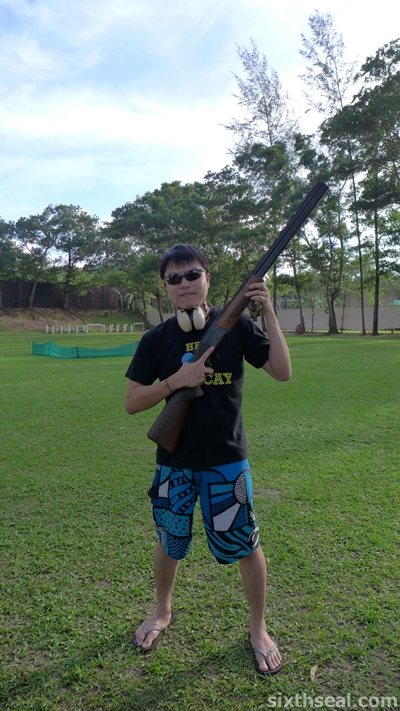 Thus, I settled on clay pigeon shooting. It’s a package with 10 shotgun shells for THB 1,190 (about RM 120). I honestly don’t know if this is skeet shooting, trap shooting or sporting clays since the Phuket Shooting Range is huge and I was at a station with clay pigeons flying from two different directions and angles. 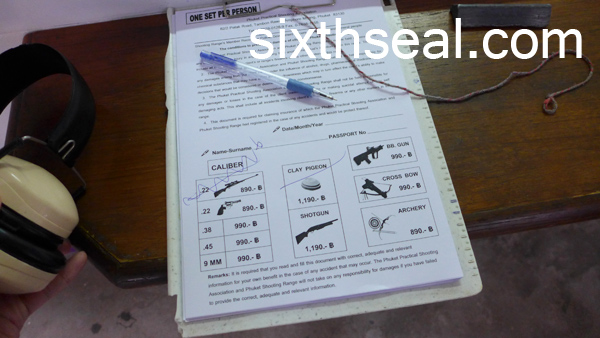 The registration process was incredibly lax – I didn’t need to hand over my passport or even prove that I am who I say I am. I just wrote my name on a piece of paper – I didn’t even sign it! You can get a variety of semi-automatic handguns from .38 caliber revolvers to shotguns and there’s even a full outdoor tactical range.

I’ve never been clay pigeon shooting before. I did see President Obama (purportedly) skeet shooting in that well-publicized White House propaganda photo as he made more restrictions to gun laws in the US though. I do know shotguns since I grew up in Sarawak (locals are allowed to own shotguns) but this is a special skeet shooting double-barreled Over And Under design (O/U) that I’ve never used before. 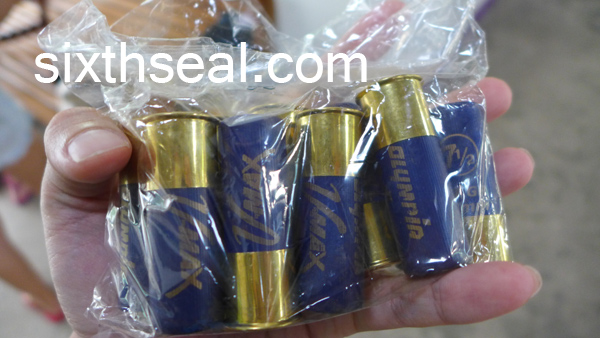 The skeet shooting shells are 24 gr 7 ½ inch 70mm meant for competition – the Olympics uses the same shotgun shells. I was given a short primer (

) on how to follow the arcs with my shotgun and shoot. The orange clay pigeons came from two directions – a bit like trap/skeet shooting in just one station. 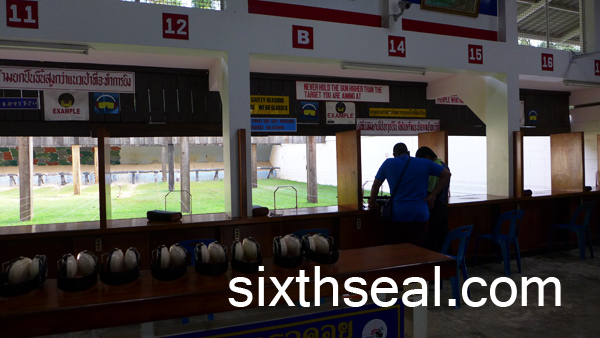 I pressed my cheek against the stock of the shotgun, rested it against my shoulder and waited for the recoil that I thought would hit me like a ton of bricks. I felt nothing at all! There’s barely any recoil from this break open Over And Under (two barrels stacked vertically) shotgun with this particular shell. 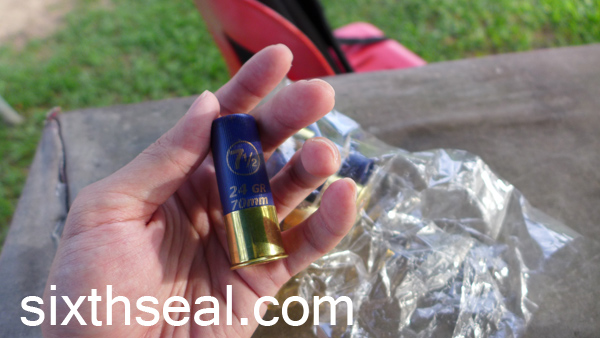 However, I found that tracking the clay pigeons (which is automatically thrown into the air from two stations – you’re supposed to track, lead and shoot it, breaking the discs) was harder than I thought. I wasn’t very comfortable with the shotgun – I wanted to have a front pistol grip, which is absurd, that’s something for tactical use, but it would be much more comfortable. 🙂

Full video of me skeet shooting!

I liked the double barreled shotgun design though – it gives you two chances to break the orange clay pigeons and you can fire it like a semi-automatic. It has a very light trigger pull and you literally break open the stock and reload two shells when you’re done. 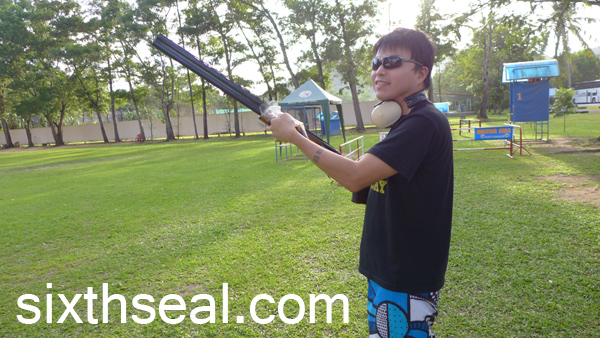 I would have loved to go on the shotgun course too – they had metal silhouettes that ping when you shoot it with buckshot but I was pressed for time so I could only go for this one. I have finally shot a classic break open O/U double-barreled shotgun at clay pigeons flying in the air at high speeds! 😀 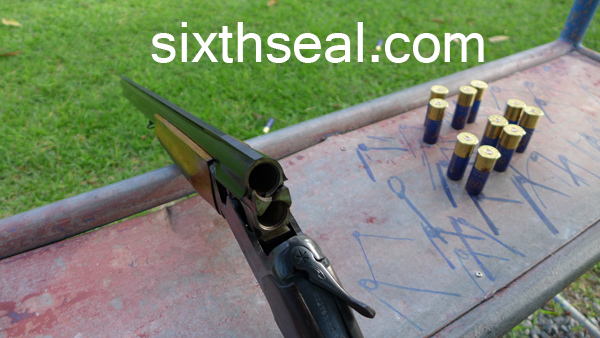