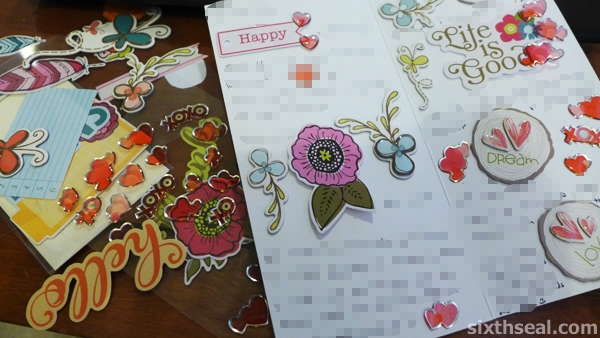 I had told my better half that I totally forgot about it, thinking it was Monday. I think I managed to really convince her I dropped the ball (all the better for my surprise) for once. Haha! 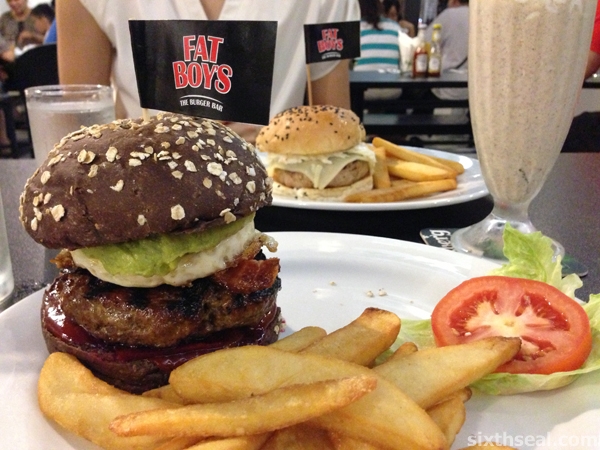 We have traditionally celebrated it the night before leading up to midnight. Last night, both of us were craving for burgers so we headed down to Publika. S.wine was booked 14 tables in so we headed to old faithful – Fat Boy’s.

This place has special significance to us and the burgers are good so since it was a special occasion, we custom-made our own burgers instead of getting one off the menu. 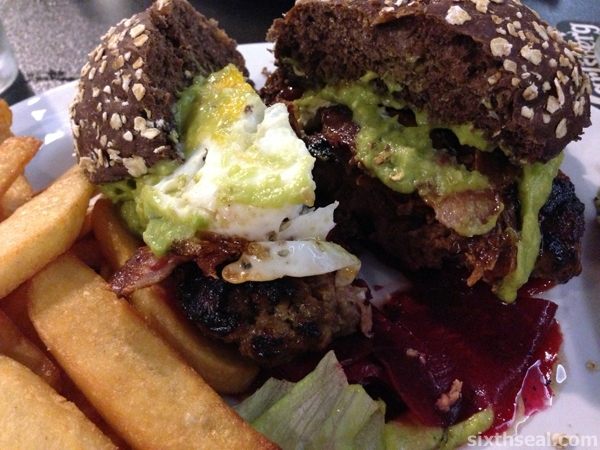 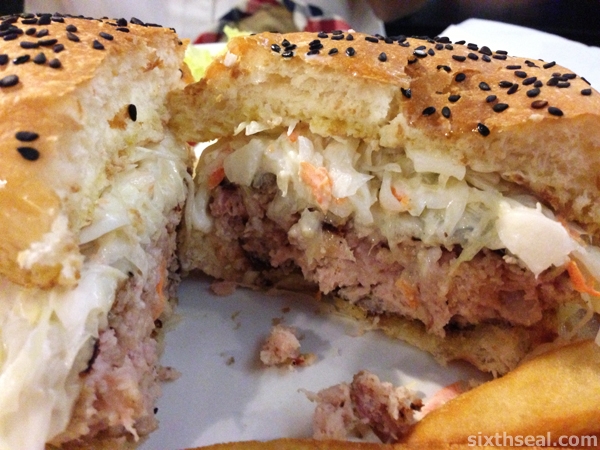 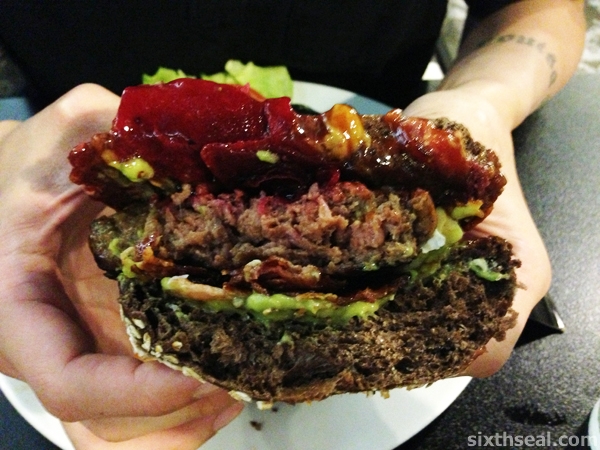 It’s a stark contrast to our personalities – my burger was so large and messy it was more like eating a sloppy Joe. Yup, I always believe in eating burgers with the hands – it’s just a burger joint, it ain’t fine dining. I think a lot of the people here think Caucasians eat burgers with knifes and forks (and pizzas too for that matter – never fails to makes me chuckle). Burgers are meant to be grabbed with our hands so a huge bite can be take out of it! 😀 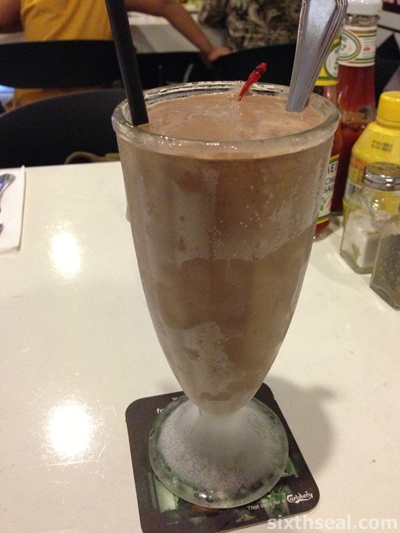 It’s a special day so I also ordered an “spiked milkshake” (contains alcohol) to share, which this place excels in. Burgers and milkshakes go together like cigarettes and lung cancer.

It’s just meant to be consumed together. I had previously enjoyed their Chocolate Malt Stout (combination of chocolate ice cream, malt, and stout for RM 18) but opted for the Bourbon Street today. 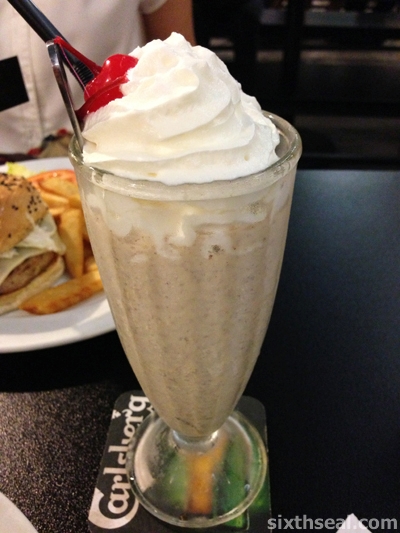 It’s a New Orleans style boozy shake with vanilla ice cream, malt, Nutella and bourbon for RM 23. We’ve always shared a drink together when we go out – the beverage I mean, we don’t drink alcohol much. Her policy (which I found rather charming) is to order one drink only and share that. It’s a good thing they have complimentary ice water here though. The milkshakes here are really thick – they’re generous with the ice cream – and full of malt! 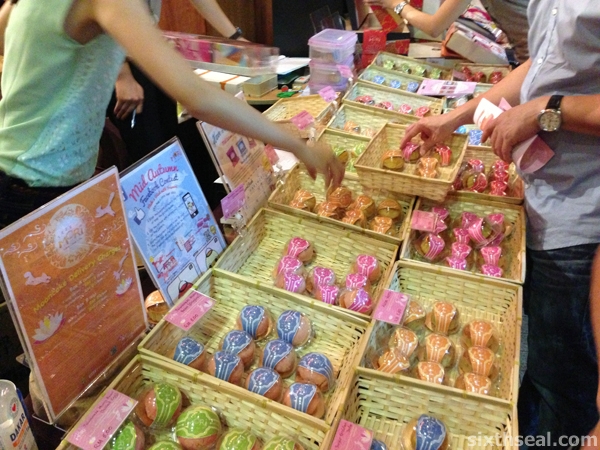 There was a Bon Odori festival going on and my dear wanted to check it out so that’s what we did after dinner. We bought a durian mooncake home. It’s RM 5.50 and about the size of a X-mini speaker. It’s tiny and it’s meant for our anniversary cake! 😀 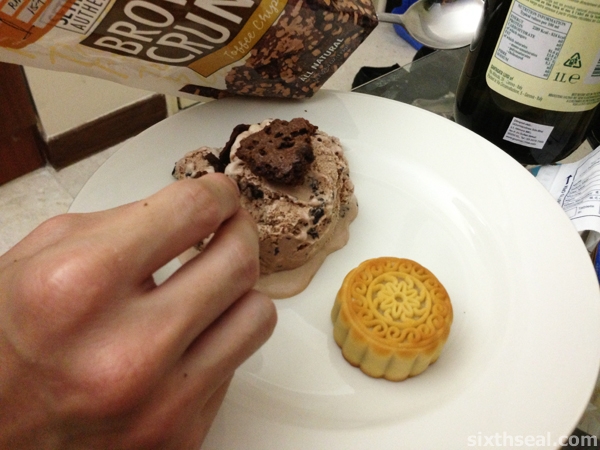 We headed back after that and settled down to eat the durian mooncake with some good California chocolate ice cream and Seth Greenberg’s Authentic New York Brownie Crunch Toffee Chips. The latter is a wonderful concept – just the crispy edges of brownies, complete with endearing story of how the daughter only ate the edges, leading to the product’s inception – and costs RM 18.70 for a 113 gram bag. It’s a good topping for ice cream and fun to eat on it’s own too. We both thought the durian mooncake was mediocre though – tastes too much like dodol (durian paste) to me. 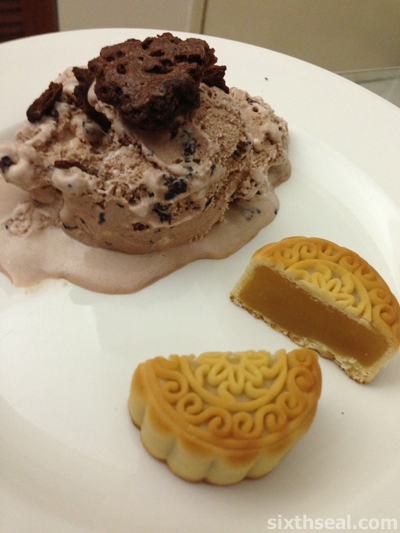 My gf had wanted to book tickets to watch a movie but there’s nothing good going on that we haven’t seen so we went back to snuggle down and watch a movie at home. She handed me my anniversary gift at 11 pm.

It’s a beautiful hand made photo frame documenting our moments together! The “photo frame” started out life as a Godiva chocolate box and she even put a ribbon on top (for hanging) and an adhesive backed hanging clip! I really appreciate the time and effort she took to make this – it means much more to me than something you buy. Thanks for the awesome gift dear! <3 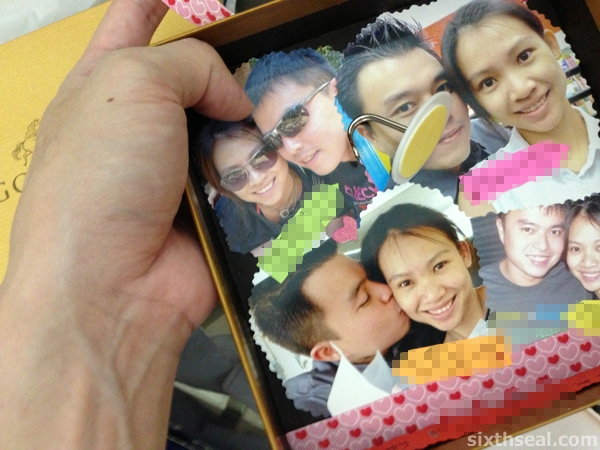 I said I’ll go and take a photo of it in the kitchen (where it’s brighter) and then sneaked back with a Naraya bag filled with gifts. I told her I haven’t forgot after all. Haha! 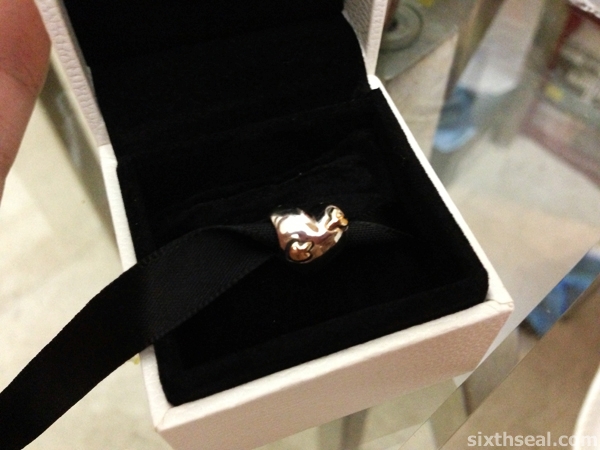 I don’t think I can pull this off much longer though. 😉 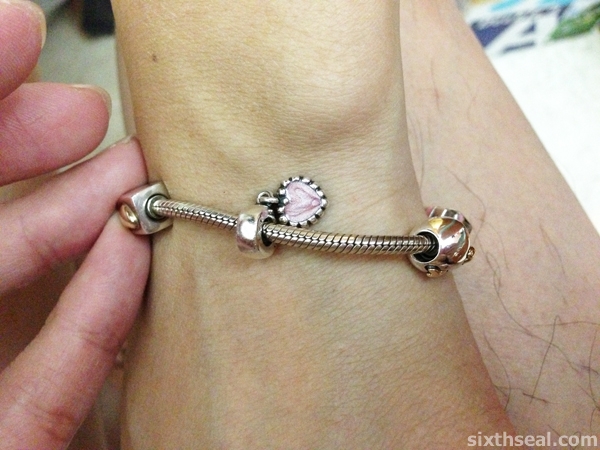 I got her a Pandora charm! I’ve been meaning to get her one for ages but I just bought an iPhone 5 for her so I had to save up for it. It’s a heart with a gold arrow going though it. I’ve been looking around for a meaningful one and I’m glad she liked it! It’s better than truffle oil, I hear. 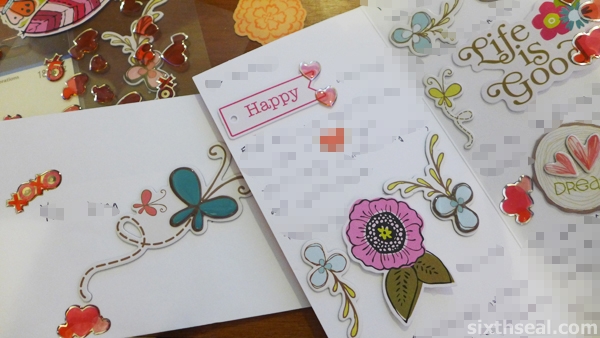 I also made her a card, which used up 3 sticker packs and massive amount of double sided tape (one of the sticker packs wasn’t self-adhesive). She loved it, and I’m glad I can hand made (kinda) something for her, even though it’s not as awesome as the one she always makes for me. 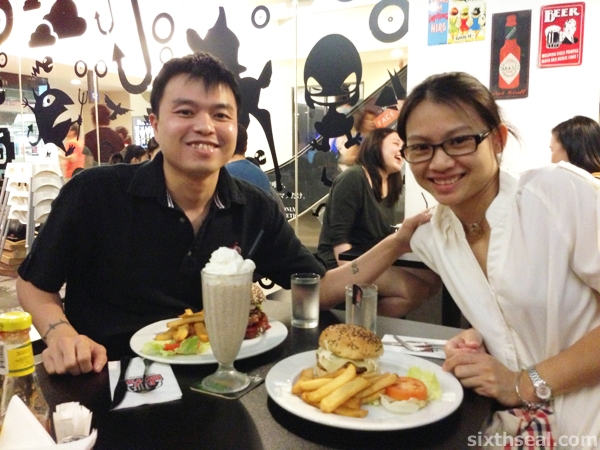 Despite the apparent simplicity, it’s one of our best anniversaries! We had lots of fun together, enjoying each other’s company. Love each other and appreciate what you have in life. It’s something we both believe in! I’m lucky to have you dear! *hugs*

40 thoughts on “Our wonderful anniversary: Burgers, durian mooncakes and home made gifts!”