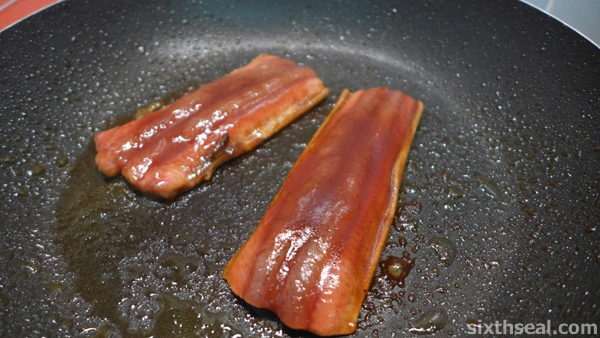 This is my attempt to cook the classic unagi Japanese eel dish – with a decidedly Western influence. I managed to get my hands on some really fresh belut (freshwater eel) from the wet market. The lady also sells frogs and venison meat, the latter of which I made into a venison steak tartare. 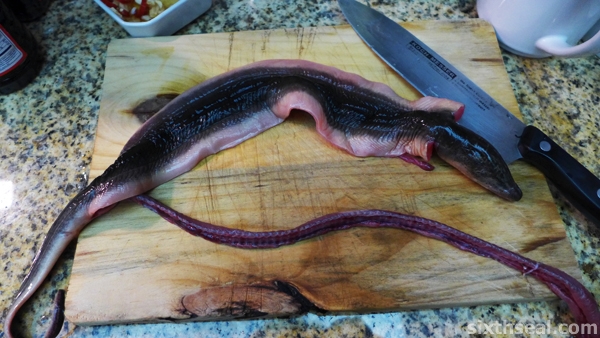 The large eels go for RM 10 while the smaller ones go for RM 5 each. I decided to get two of the smaller freshwater eels. It has been nicely dressed by the exotic meat (that’s what I like to call her) vendor to reveal the flesh with the head and bone hanging out. 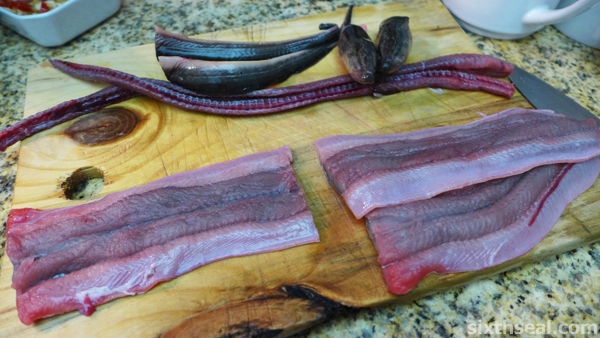 I sliced the freshwater eel into something resembling unagi as usually seen in the various Japanese restaurants around town.

They all seem to have a similar size and serving style, most of the commercial ones anyway. 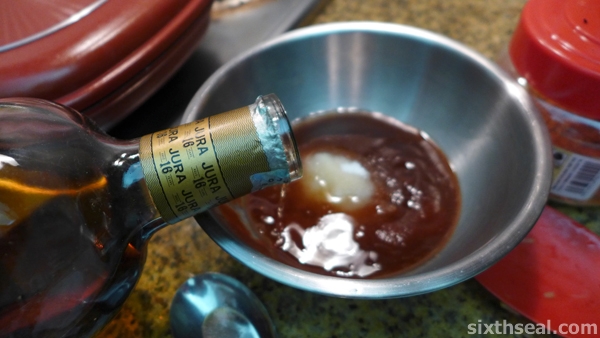 I also added in a healthy slug of Jura 16 year old single malt Scotch whisky into the mix of KC BBQ sauce, sugar and salt. I am particularly fond of this one as it goes well with coffee i.e. Irish Coffee. I’ve been known to enjoy a cuppa on days starting with an S with a shot of good Scotch and nothing beats the 16 year old Diurach’s Own from the Isle of Jura. 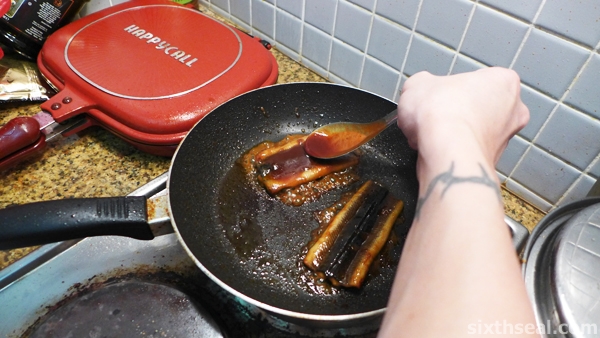 I’ve tried lightly peated Islay malts like Bowmore Enigma, common tipples like Glenfiddich’s 14 year old Rick Oak, and even *Irish* single malt whiskey – the Bushmill 10 Year Old but nothing beats the barely legal Jura. It just goes well with coffee. I digress. I went off on this tangent coz I was hoping it’ll go well with eel too! 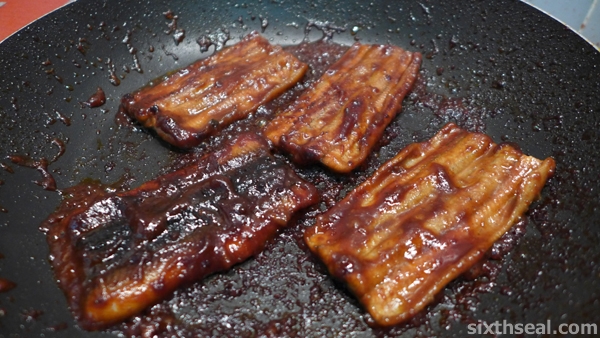 I grilled/sauteed the eel with EVOO over a very low heat fire and kept on basting it with the BBQ sauce and Scotch mixture. I must have flipped, added more sauce, and flipped the small pieces of freshwater eel again at least 30 times. I kid you not. I think that was the secret to the taste. It got a thumbs up from my better half at least! 🙂 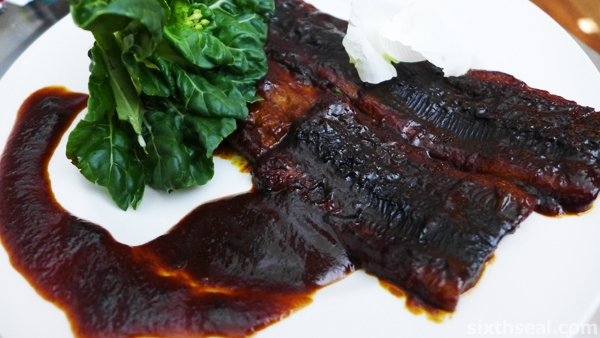 The basting process caramelized the BBQ sauce and Scotch mixture around the eel and with the constant flips, the reduction stuck to the unagi and it tasted really, really delicious! I wouldn’t call it a traditional Japanese unagi but I made my own sauce and it tastes like how a rather inept American home cook would render it, I imagine.

Not the correct technique, but very tasty!