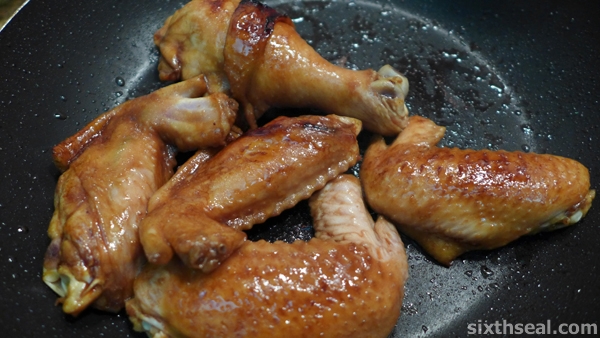 I remember Coke Chicken from the early 90’s when my sister watched her TVB drama series. The characters would go to a tai pai tong (an informal hawker stall, totally different from a cha chang teng) and ask for it. It was the first time I’ve heard of chicken being cooked with Coca-Cola and wondered if it actually *tastes like Coke*.

I have not been to Hong Kong at that point so I was intrigued by the sudden explosion in the popularity of Coke Chicken since then. It’s not so popular now (can’t find it in HK) but it’s a very fast and delicious way to make chicken. 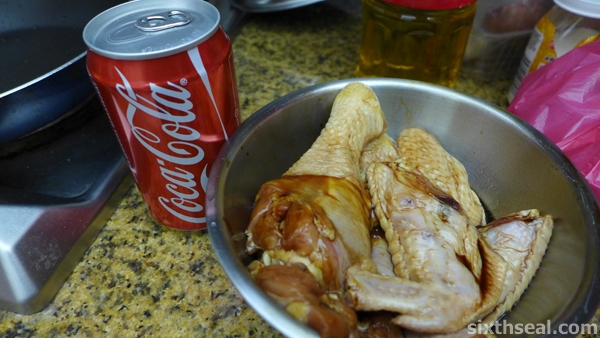 This is my better half’s recipe, it’s what we cooked for dinner last night: 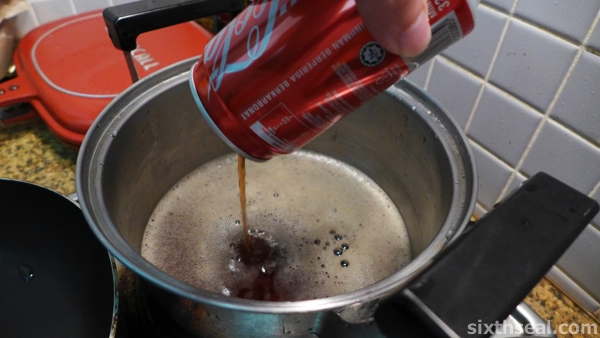 I wanted the drumsticks but Coke Chicken usually refers to wings, or so the TVB series would lead me to believe. 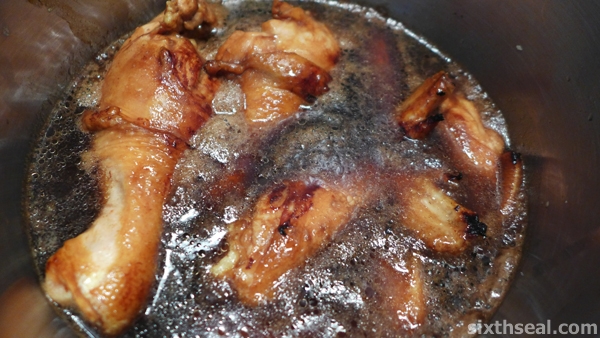 There have been claims that this does not work with Diet Coke due to the (loads) of sugar required to *caramelize* the chicken. I’ve also heard that the addition of Coca-Cola is for the bicarbonate of soda, which is an *alkaline solution* that can actually change the fibers in chicken meat. The other camp says that Coke is acidic so it’s ideal as a *marinating agent* to tenderize protein. 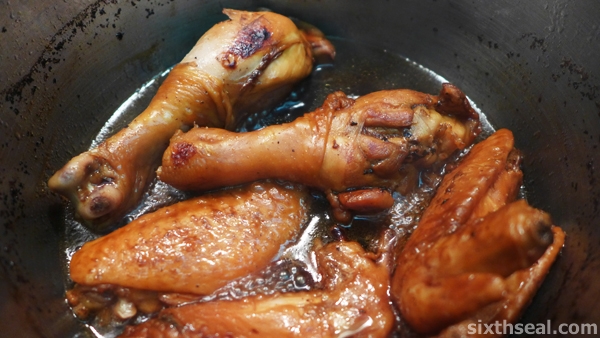 I don’t know which of the above it true, or none at all. I have found no research to quantify it, just the same words passed on without references. However, this dish is a quick and delicious meal. You just heat up the Coke while the marinated chicken is fried till golden brown. The chicken is then put into the Coca-Cola until it reduces to a thick sauce. 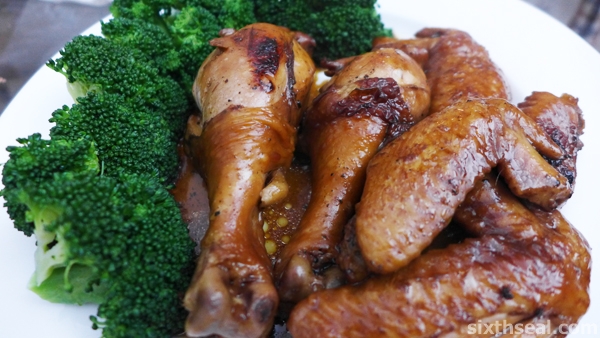 I like the idea of it though and I’ll try it with other beverages (Bundaberg Ginger Beer, Fanta Grape, different lagers and ales etc) and see how it goes! 🙂