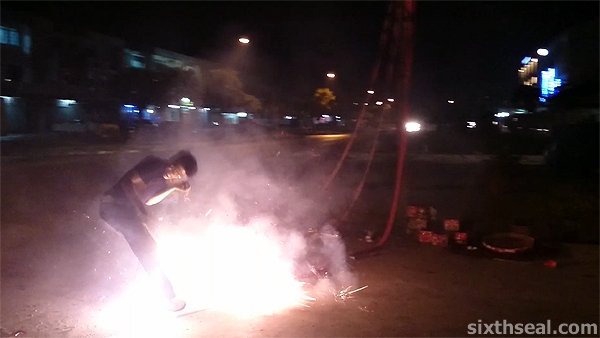 I know, the title sounds like it’s straight out of “Spambots for Dummies”. Haha! I couldn’t think of a better description though. I’ve been going through my fireworks videos recently – uploading, tagging and sorting them so I’ll actually get my annual fireworks and firecrackers roundup done in time this year when I saw this gem. 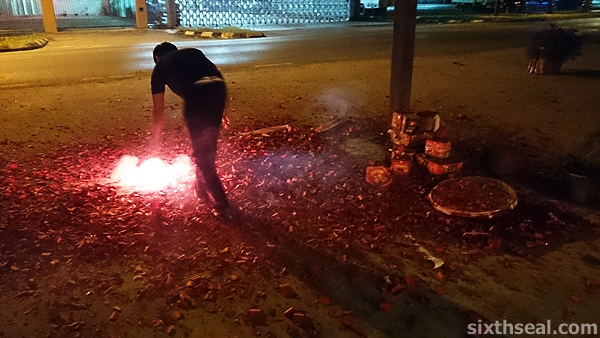 It happened a couple of nights ago when we strung up 3 strings of long firecrackers and set them off *at once*. Of course, by ‘we’ I meant the spryer young men. 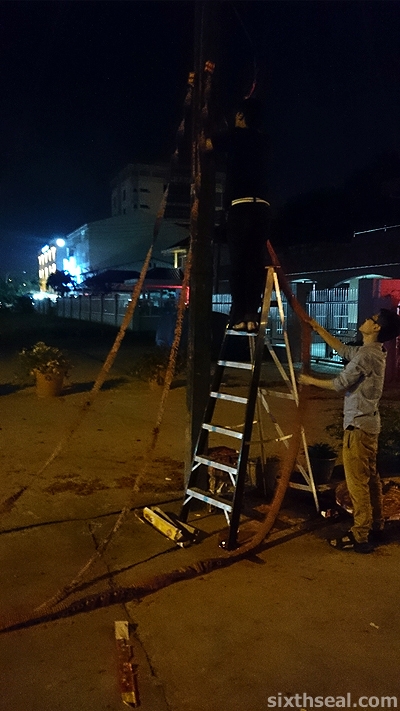 However, this time the guy who went to light the fuse did so rather slowly and was jumping around while trying to avoid the firecrackers, which were popping all around him, yet *determined* to finish his mission of lighting every string before he ran away.

I hope that makes your Monday morning as much as it did mine! 😀

10 thoughts on “Funny video of guy running after lighting fireworks”