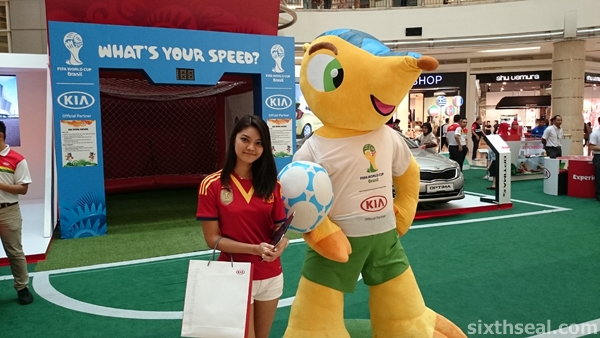 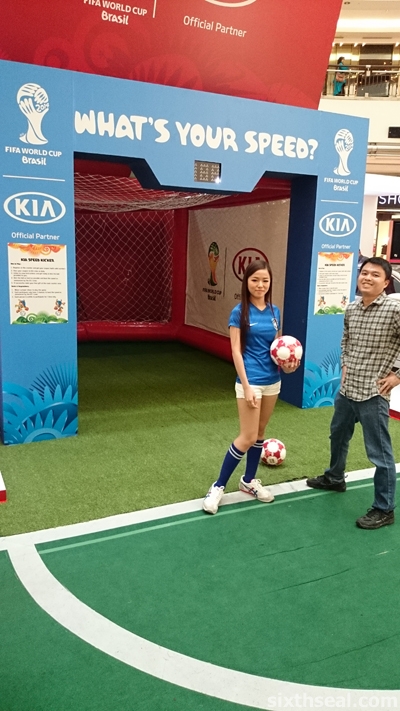 I didn’t do so well. Haha! I was at the World Cup ROCKS with KIA roadshow @ Suria KLCC. The interesting bit is how I got there… 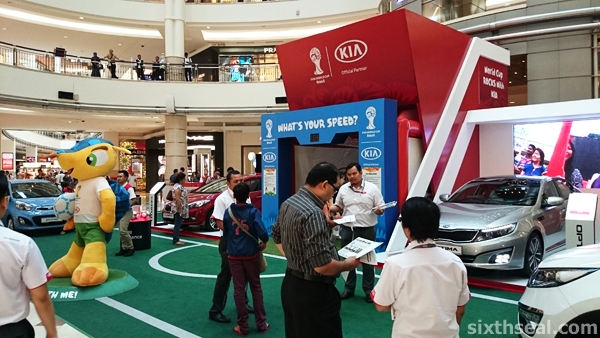 I first went to Menara Naza and checked out the all-new KIA Picanto. I’m too late for the free entry with a test drive promo (where you can win a trip to Brazil to watch the world cup) but I could still enjoy the roadshow, and of course, the drive there. 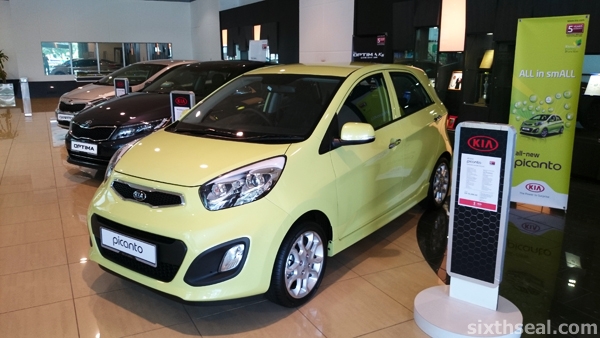 The first thing I did was to hook my smartphone up to the car. I was surprised that a car priced at this range has this feature, and it was easy to use too! I just needed to go to the dashboard and pair my smartphone… 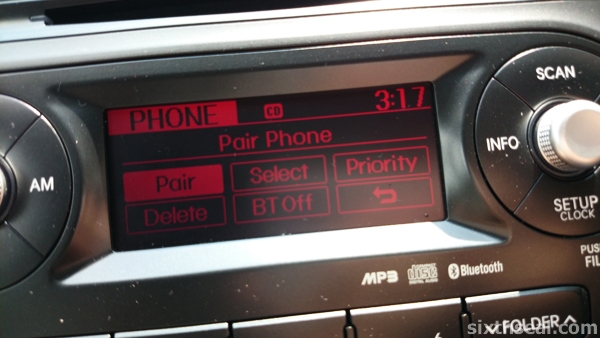 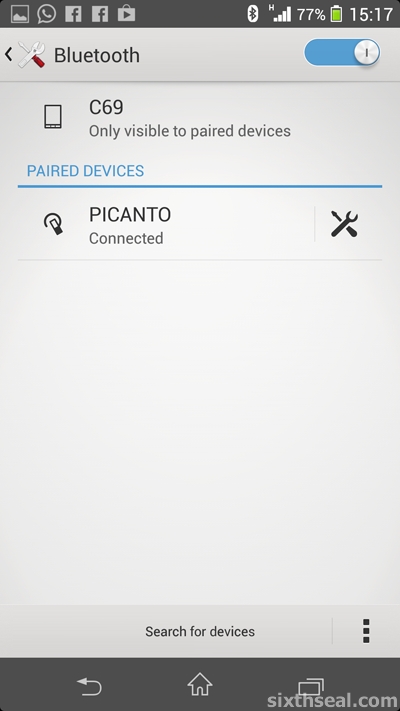 That’s all you need to do! I can now drive safer by using the Answer or Decline buttons on the steering wheel. There’s a toggle to browse through the call list though, which I thought was a nice feature – it’s better to have that as a toggle instead of a button since you can navigate faster and get tactile feedback. 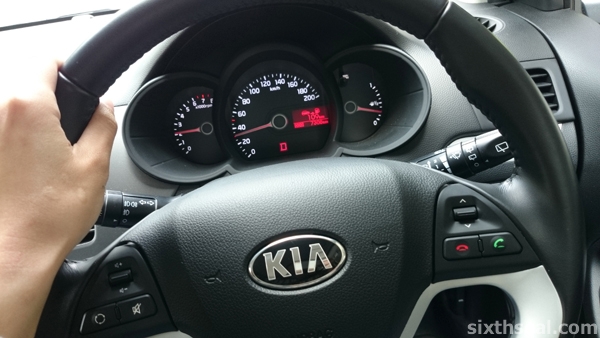 There’s also volume control and music features on the steering wheel. I like the decision to make the volume control as a toggle instead of a button too! Mute as a button is fine since you only need to press that once. For things you need to press multiple times (volume and call list browsing comes to mind), having a toggle is much more comfortable. 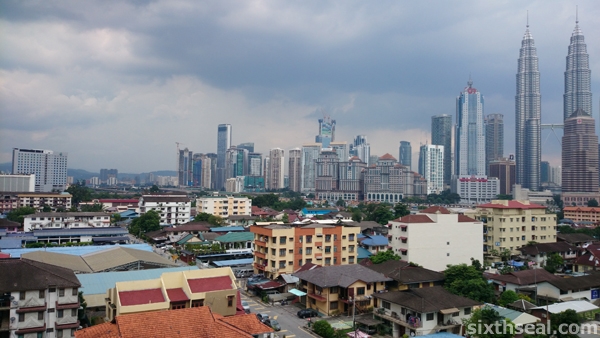 I drove the KIA Picanto to Suria KLCC and back to Menara Naza after the event. I also took the chance to drive around town to get a feel for the car’s features. I like the compact size of the all-new KIA Picanto as I was navigating the carpark. It makes the turns and ramps all the easier to tackle with it’s small footprint and turning radius. 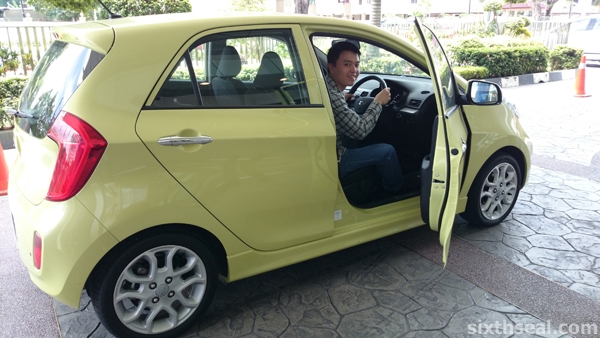 I can see why cars like this size is so popular in the market nowadays. It’s very easy to park in cramped parking lots too and you can squeeze through traffic better. I didn’t feel dangerously close to other cars during peak hour city driving, unlike my current full-sized sedan. 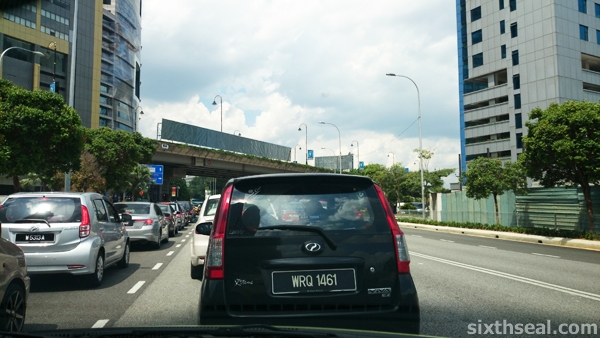 It’s a very nice change to be able to cruise through tight spots and park in small spaces. 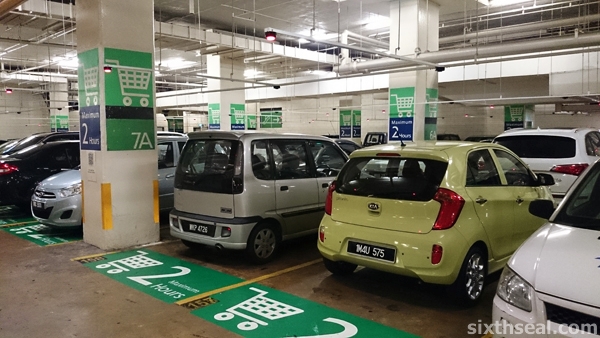 Anyway, back to the roadshow, they had all models of KIA vehicles out for display as well as World Cup merchandise. 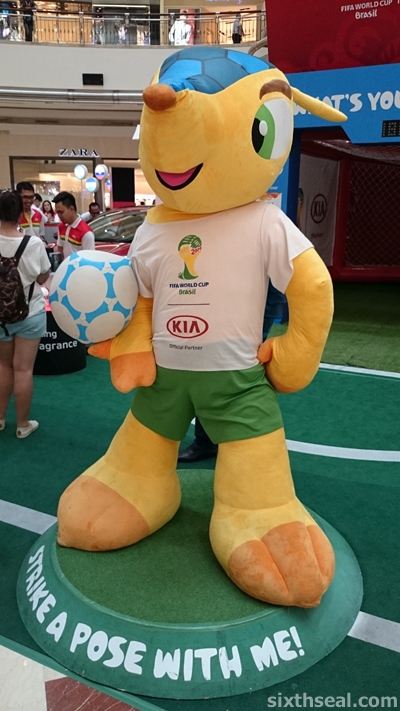 You can also pose with Fuleco the Armadillo! 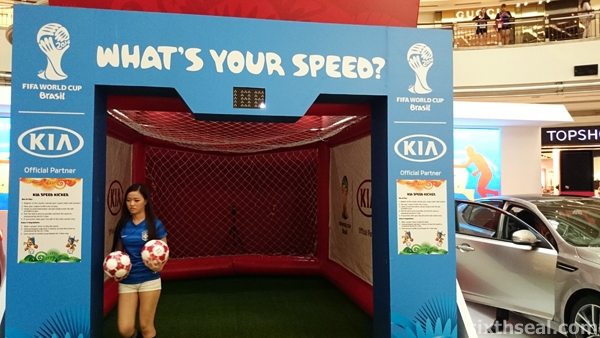 Fuleco is the 2014 FIFA World Cup mascot, if you didn’t know already. It’s a species of armadillo which is native to Brazil. 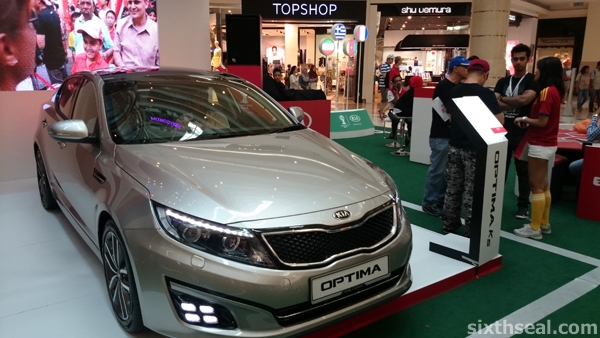 Interesting fact: The name is a concatenation of the worlds Futebol (football) and Ecologia (ecology). 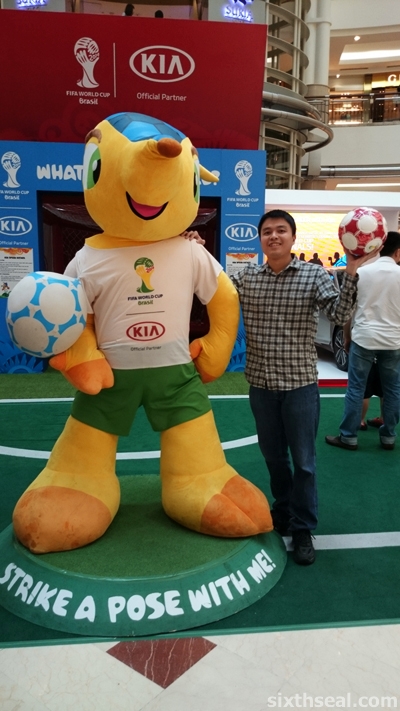 There’s a life-sized Fuleco at the World Cup ROCKS with KIA roadshows going around so if you’re a football fan, go and take a picture with him! Strike a pose and share the photo via Instagram. 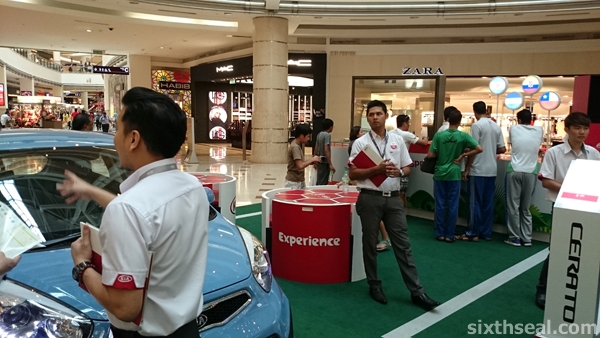 There’s also Experience booths at the World Cup ROCKS with KIA roadshow where you can sit down and talk to the various sales representatives about the cars there. It’s aptly shaped like a football with chairs around, I thought that was cute! 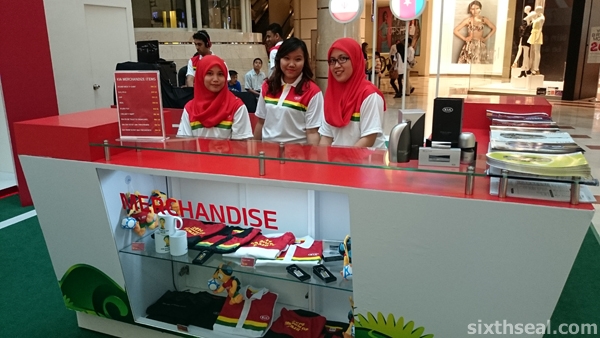 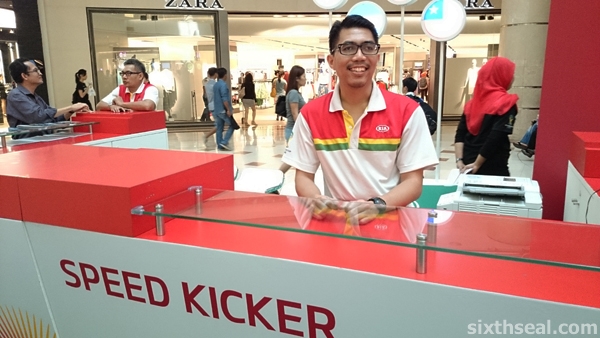 Or, you can try and win some merchandise by in the Speed Kicker game! 🙂 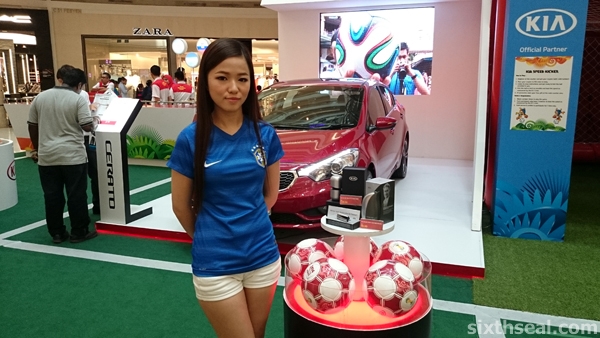 I couldn’t kick fast enough but maybe YOU can so check out the World Cup ROCKS with KIA roadshow when it comes to a place near you! For more info, please log on to KIA Malaysia website at www.kia.com or go to their FB page at www.facebook.com/kiamalaysia.