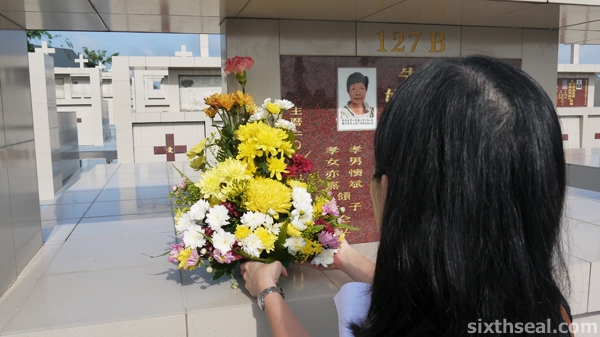 I was holding the nice arrangement of flowers awkwardly as we loaded the car, before deciding to put it on someone’s lap instead of inside the boot. We were headed for my mom’s burial ground (technically it’s a tomb since it’s aboveground) to pay our respects during the Chinese festival of Ching Ming (similar to All Saints Day). 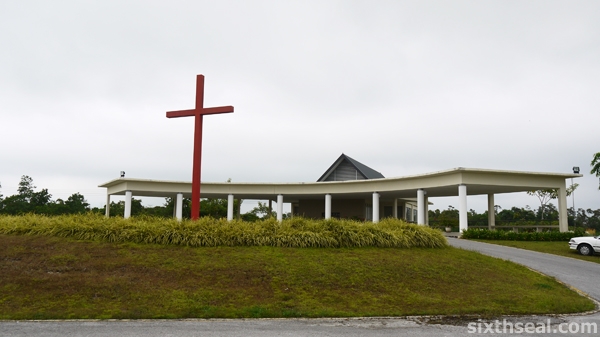 It was then that my aunt told us we’ll be better off getting a new mop since having it makes it easier to clean those really hard-to-reach nooks and crannies so we all packed into the car (my sister came back with her husband in tow) and I drove to a nearby grocery store to pick out an appropriate one. I was quite surprised to find them retailing for RM 17.50 each! 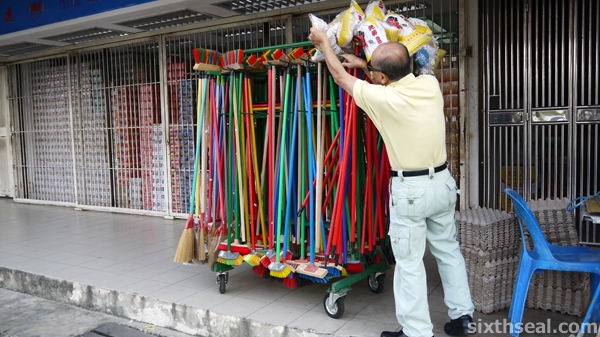 I guess it’s a temporary price increase, just like flowers, to rake (mop?) in the profits during Ching Ming. 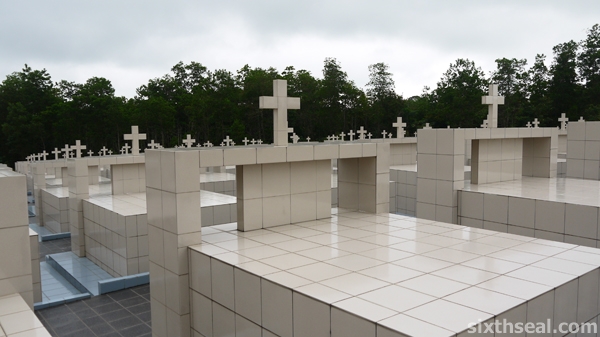 The actual date is next week on the 5th of April, which happens to be my birthday, but our family has always done it one week in advance, as most people do nowadays since the day itself is really packed with people and it can take hours just to *reach* the burial grounds. It was also close to the exact date when my mom was called home last year. 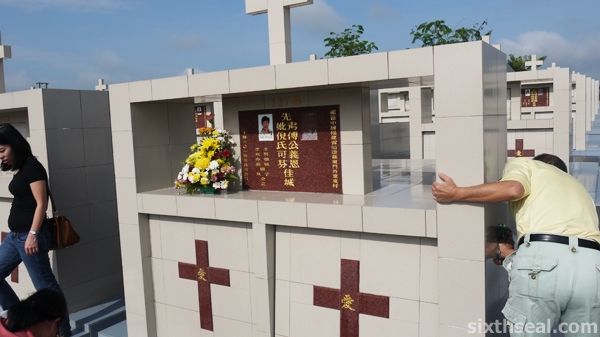 My mom was laid to rest almost exactly 1 year ago after her battle with lung cancer at a Methodist cemetery. 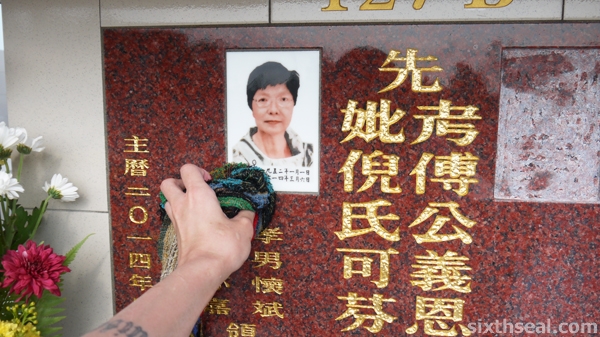 I helped clean the tombstone (said I was wiping mom’s face, to a few quiet twitters) and everyone pitched in as well. The mop turned out to be an AWESOME idea as it allowed us to clean the top and sides easily. 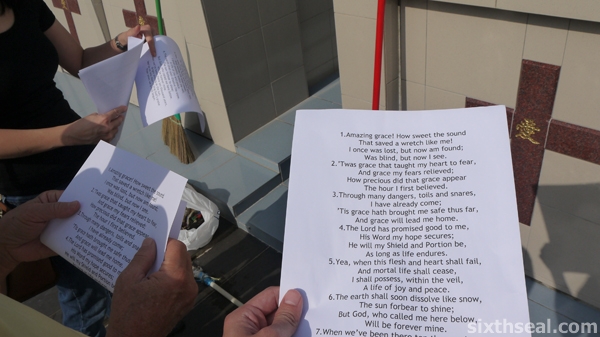 These new tombs are meant to be easy-to-clean – unlike my late grandfather’s where you have to pluck grass growing in the cracks. The hardest thing I had to do was to borrow a bucket of water from a nearby construction crew, which they were happy to give, knowing what we were there for. 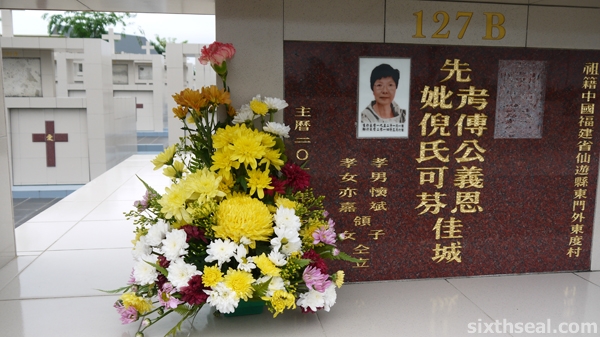 My sister had printed out Amazing Grace and another hymn from the United Methodist Hymnal (my mom loved to sing during church on Sundays) and the entire family sang both before my dad lead us in prayer. He gave a very touching dedication and I could see how so many decades of marriage has cemented these two lives together, making the parting hard even after one year and my heart went out to my dad. 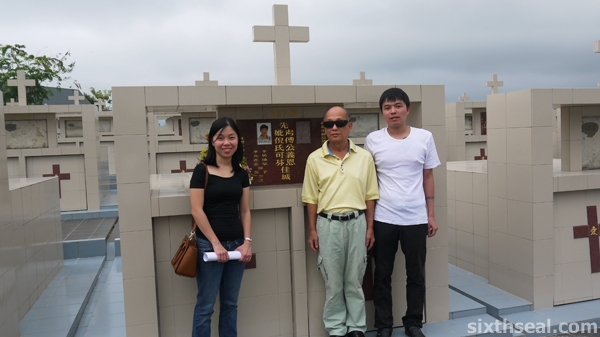 Goodbye mom. You are still missed.